Drag has long been a part of New Zealand’s underground culture, but the recent success of RuPaul’s Drag Race has propelled it into the mainstream, triggering a tsunami of new wave drag queens and a bulge in audience interest. But some worry this attention will tarnish the culture, writes Baz Macdonald. 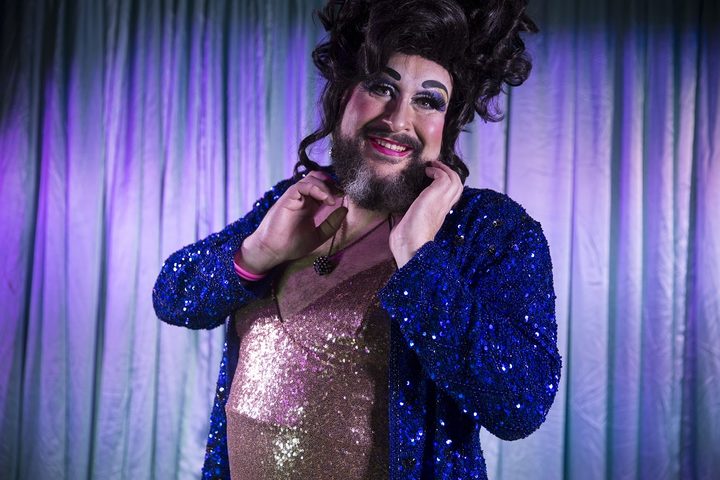 LaQuisha St Redfern is wearing a stunning shade of crimson lipstick, impeccable eye-makeup and a beautifully manicured beard with two symmetrical streaks of grey in the front. She is one of the most prominent drag queens in Wellington, known for her gender-bending aesthetic and sci-fi inspired style.

We have met at LaQuisha’s tastefully decorated Wellington home to talk about a drag queen explosion - as we chat, we share the plush couch and a glass of wine. A beautiful oil painting of LaQuisha is hanging across from us.

Though she’s only 40, LaQuisha is part of the old guard of New Zealand drag. But this has nothing to do with her no longer being a fresh-faced 20-someting-year-old. It’s because the New Zealand drag scene has seen an explosion of young queens in recent years which has divided the community into two categories – the pre-RuPaul’s Drag Race queens, and the post.

Reality TV series RuPaul’s Drag Race has been running since 2009, with an eleventh season announced in January. The show combines elements of Next Top Model and Project Runway, but with a cast of queens, all vying to become “America’s next drag superstar”.

New Zealand too has been swept up in this Drag Race fervour. LaQuisha points to the show as one of the main reasons our scene has seen such a rapid rise, with it reinvigorating interest for drag within the gay community and motivating new queens to join.

When LaQuisha entered the scene in 2002, there was only a handful of queens performing in Wellington. Post-Drag Race, there are nearing 60, plus over a dozen drag kings in the capital scene - with several hundred kings and queens nationwide.

“Wellington had almost no drag queens for a long time,” LaQuisha says. “I went to a club last year, and was like ‘who are all of these drag queens?”

LaQuisha says the gay community has followed the show since it first aired, sharing it around on hard drives, or finding ways to watch it online. But much of New Zealand was unaware of Drag Race until seasons eight and nine were brought to Netflix last year. Google Trends shows New Zealand saw the majority of searches for RuPaul made around the time the show was brought to Netflix. 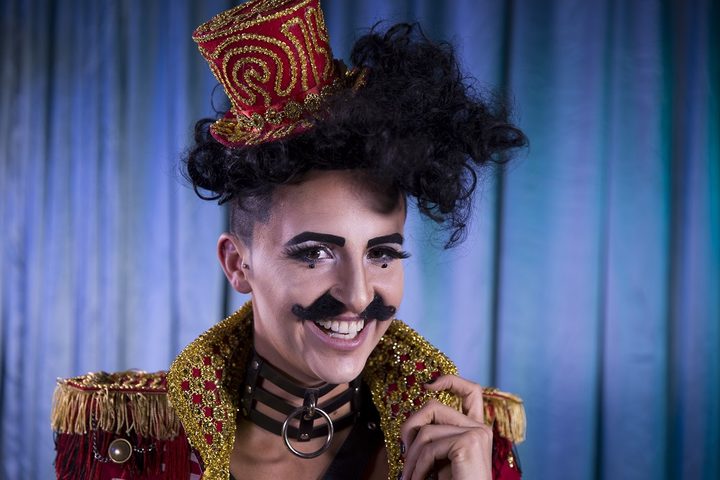 Hugo Grrrl is New Zealand’s reigning drag king, having won the national drag king competition last year. He is also a full-time producer of queer cabaret-style performances and events in Wellington, and is responsible for many of the drag shows in the capital.

Hugo says Drag Race created a huge rise in interest for local drag content since it came to Netflix.

“My experience as someone running and marketing these shows, is that spike is not coming from gay people, but from straight people who are now coming to drag shows.”

He says this shift in audience was particularly evident at last year’s Big Gay Christmas Drag Show. This show sold out swiftly, requiring them to organise an extra performance to keep up with audience demand. Of all the content in this show, this new audience were most receptive to references to Drag Race - going crazy for costume and wig reveals, death drops and references to queens from the show.

“The real basic shit that has been made popular by RuPaul’s Drag Race and is identifiable from the show, that is what I suddenly found being adored by the crowd.”

This invigorated interest and support from both gay and straight people has had a profound effect on New Zealand’s drag scene – but for many queens this success is a double-edged sword.

LaQuisha says this mainstream attention has sanitised the drag scene in order to make it more accessible, and she pines for some of the edgier content she witnessed in her youth.

But, she says the trade-off of edgy content for the mainstream success of drag is definitely worth it.

Harlie Lux was the winner of Mx Capital Drag 2017 and is part of this new wave of drag. She represents the kind of fierce, artistic, and fashion-forward queens who have joined the scene since the introduction of Drag Race.

For this new generation, the mysteries of drag which would once have taken a decade of experimentation and guidance to unlock, are now available as easily as a Google search. Shows like Drag Race and the abundance of videos and tutorials on YouTube, offer a mould with which to approach the craft. Many New Zealand queens were first inspired by seeing the style of a particular queen, and then using that as a foundation through which to develop their own persona. Harlie herself says she has been hugely inspired by Violet Chachki, the winner of Drag Race season seven.

For many new queens like Harlie, the development of their drag persona happens without ever leaving the house: “I did the modern baby drag thing, which is to sit at home, do your makeup, take a picture and put it on Instagram, and you keep trying that a hundred times.” 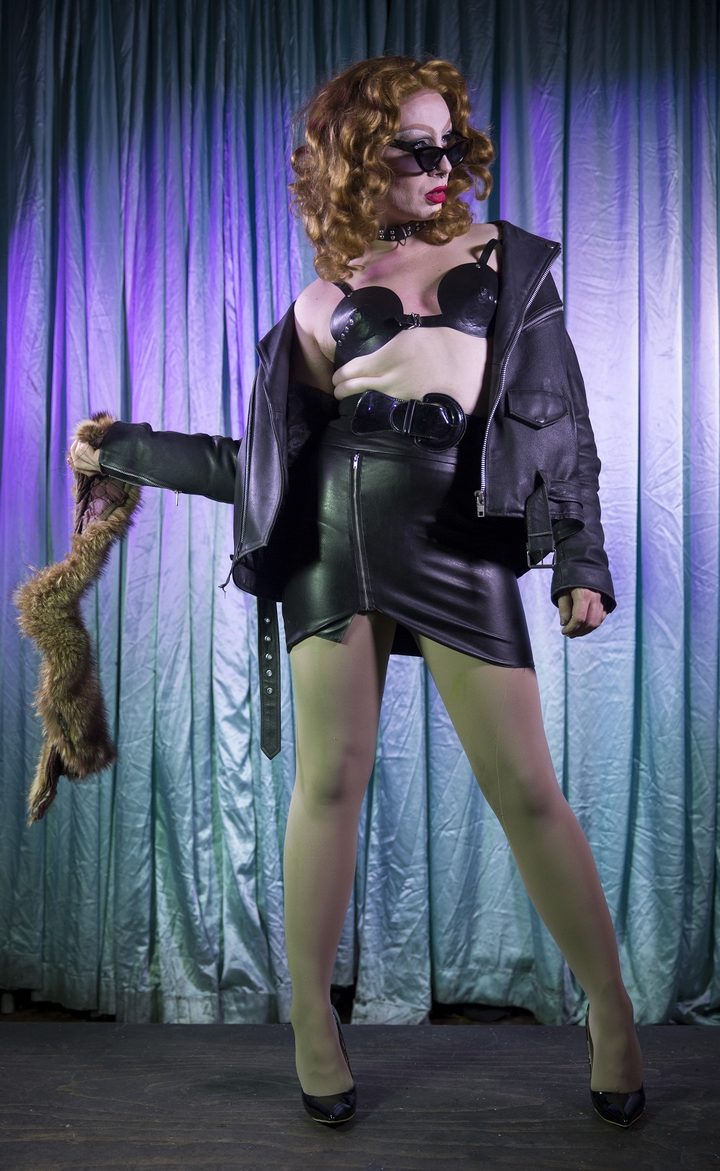 The effect of Drag Race

Drag Race’s rise in popularity has had much impact on the New Zealand drag scene, the most obvious being the rise in audience interest. Today’s queens have not only a local audience hungry for drag content, but also an international audience available to them through social media.

For many, the metric of success is online. LaQuisha herself has more than 21,000 followers on Twitter. Social media gives queens a much larger platform than just our small country and allows them to create a brand around their persona; LaQuisha has a line of merchandise, including everything from shirts to phone cases, and even a set of shower curtains.

“I think this mainstream success is awesome – I’m like ‘Hi everybody… buy my products. Head along to my website and get yourself a LaQuisha iPhone case.”

LaQuisha thinks this commodification is a particular effect of RuPaul’s influence. The 57-year-old California-born model, actor, singer, author and television presenter has risen to the level she has in part due to her savviness as a businessperson.

“I’m really doing what RuPaul herself has done, in recognising that the audience is bigger than just a nightclub,” LaQuisha says.

New Zealand’s small population makes it difficult to make a living as a drag queen. However, Harlie Lux says the increased audience numbers mean queens are making more money than they have in the past.

Harlie says this new wave of audiences has come with a newfound respect for drag performers and their craft – where people used to treat queens like clowns, they are now being praised and valued as artists.

“People respect us more now, because on the show they see what goes into making this all happen - all the clothes, and rehearsals and skills.”

As well as educating a wider audience on the craft of drag, it is also creating conversations about LGBTQI+ issues in the mainstream, Hugo Grrrl says.

“The great thing [about Drag Race] is that they don’t just do drag, they talk about gender identity issues and that increases the visibility of gender diversity and encourages people to let their freak-flag fly,” Hugo says.

“It is giving a fuckload of young people permission to dress-up, and experiment, and be themselves unabashedly.”

But the mainstream success of Drag Race has also brought with it a number of problems for the drag community to grapple with.

The shift of gay culture into the mainstream has meant that clubs and events, which were once a safe space, are now often dominated by straight people.

LaQuisha says some older gay people find it difficult to have straight people in their clubs, because for them it was literally a sanctuary - one of the few safe spaces for them to be themselves. But for the younger people who have grown up in a more tolerant society, they enjoy having straight people be part of the celebration of gay culture.

“For them, it would be like telling them their friends can’t come out and party with them – they would be like ‘what do you mean straight people aren’t welcome? They are our friends, they should be coming along.”

LaQuisha says that compounding this problem is how some straight fans demonstrate an inappropriate sense of entitlement at gay clubs and shows. She gets upset when she goes to see drag queens performing and finds non-queer audiences, often groups of women, being disrespectful to the space and the performer.

“Drag shows are noisy affairs, but there is a difference between loud audience appreciation and drunken idiots heckling.”

LaQuisha says straight people are welcome at gay clubs and shows, but that they need to acknowledge that they are entering someone else’s cultural space.

“The message is: You are totally welcome here, but this is not your culture, so be respectful.

“If you are going to come into someone else’s cultural space, what I recommend you do is shut up, stand in the back, watch what other people are doing and take your cues from them.”

An example of this entitlement is how physically intrusive straight audiences can be with drag performers – with some people grabbing the performers to feel their hair or get a photo without asking, and others committing unabashed acts of sexual assault.

“The worst thing is being touched,” Hugo says. “Having your tits or your crotch grabbed, because they think you are like a toy.”

Hugo is working with MC’s to change this, using shows as a platform to educate new audiences. He says this is an important part of making shows fun for the crowds and the performers and creating a healthy equilibrium for both communities.

“There is no reason why a drag show with an audience of straight women has to be shit for your performers – because you can teach an audience how to be respectful and what it is that we’re about, in a way that is fun and not preachy,” Hugo says.

Ultimately, LaQuisha says the drag community is thrilled with the drag scene’s increased success, but exhausted by the issues and growing pains that come along with it. But, she says, they see that things are getting better and that there is a future where drag will be a form enjoyed by all audiences without incident.

Hugo says this is about more than just the growing popularity of an art form, but the growing visibility and permissibility of gender diversity itself – and that is worth suffering any amount of growing pains to see happen.

“If you have a good MC they should teach people how to relate to the cast and allude to a magical, glittery, queer utopian future that we would all like to see.”