"We can’t get a straight answer.” 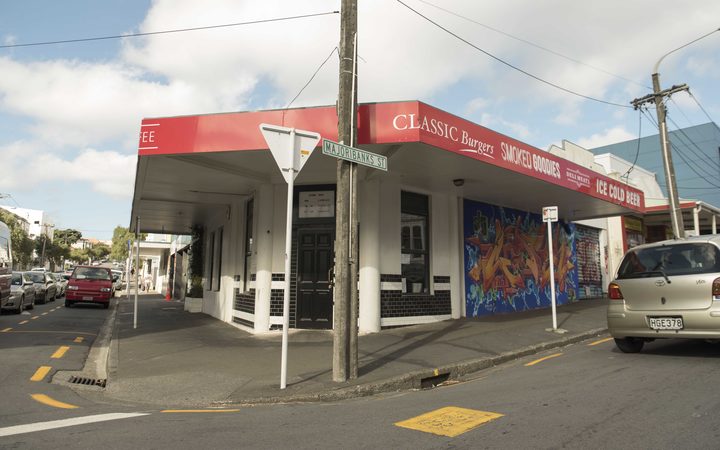 Staff who were suddenly made unemployed when a popular Wellington restaurant went into voluntary liquidation lost flats and had to leave the city, its former chef says.

A few days later it reopened under the same name on Cuba St.

The liquidators’ first report reveals the business, run by Bryn Thomas and Elie Assaf, owes $32,431 in holiday pay to staff, almost $360,000 to Inland Revenue - a staggering amount - and tens of thousands more to other creditors.

Jay Johnston, who worked part-time in the restaurant’s kitchen, said most of its roughly 30 staff members were informed it would close at a meeting on December 29.

“That was the first notice that anything was up, and Bryn and Elie told us that the final day of trading would be January 7,” he said.

“We were basically made to fight for our jobs and told we could approach them separately if we wanted to move with them.”

Johnston said some staff had transferred over to the new premises, but most were left suddenly unemployed. He said the loss of jobs was a greater inconvenience than the unpaid holiday pay.

“But having that money would have made this period of trying to find new jobs so much easier.” 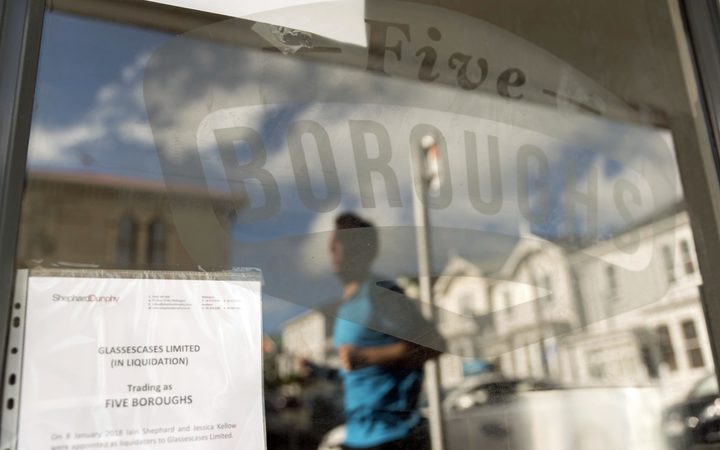 Staff members have met with a member of Unions Wellington to discuss how they can seek what they’re owed.

“People have lost flats and had to move out, and even had to leave the city because of this, purely because of the lack of notice,” said Johnston.

He added that he believed the company does want its staff to get paid what they’re owed.

“But we can’t get a straight answer about when we might get that from them or the liquidators,” he added.

The liquidators’ report shows the business has $143,000 worth of fixed assets - of which the liquidators estimate $50,000 will be released - but this is by no means guaranteed.

In terms of the legality of effectively moving a business a few streets over, the new Five Boroughs is a new company and therefore a different legal entity with different shareholding.

The only potential legal challenge could come from the liquidators - Shephard Dunphy - as they still own the name Five Boroughs. But an intellectual property claim is unlikely.

“It’s not uncommon to see employers who are in trouble use complicated and murky legal maneuvers to protect themselves at the expense of their staff,” said the PSA in a statement.

“Unfortunately, this is usually legal. Employers should also remember that it is perfectly legal for staff to publicly protest dodgy practices. It’s our hope that this can be resolved for staff before action from staff becomes necessary.”

On Friday, the National Business Review published a Business Desk article about Five Boroughs that quoted Thomas saying he and Assaf were seeking “the quickest and cleanest” exit.

This led to an onslaught of negative comments directed towards the pair. The article has since been removed.

One commenter, claiming to be an ex-staff member, said they and others had been “left in the lurch, out of pocket and out of work at very short notice”.

Yesterday, Assaf posted on Facebook: “Bryn and I want to make it clear: the liquidation of Five Boroughs was a heartbreaking process.”

“We regret the context of the article, which make it seem we have a callous disregard for the financial well being of our staff and suppliers,” he said.

“We are deeply sorry for any distress caused and would like to set the record straight - we have been working with the liquidators to ensure any dues owed will be paid as quickly as possible, and have carried all our creditors debt over to the new site.”

Assaf said by going into liquidation, he and Thomas felt like they had failed staff.

“The whole process is extremely stressful and heart wrenching, but it’s our responsibility to see things through. There has never been any intention in pulling a ‘swifty’ or shirking our responsibilities to those we have worked so closely with over the years.”

The Five Boroughs Facebook page has been taken down.