“I kind of feel bad for them.” 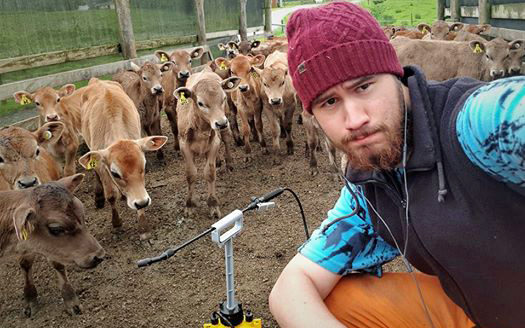 In March last year, the US board game company CMON announced its latest project - a 3-to-5 player game set in legendary feudal Japan named “Rising Sun”.

Production of the game is now complete and it's being distributed to its backers. CMON is using the extra money to produce more characters and add-ons.

There’s Nure-onna, a spirit with the head of a woman and the body of a snake. There’s Sunakake-Baba, a witch who blinds travelers by throwing sand at them. And there’s Kotahi.

Kotahi is … well, no one really knows. It's certainly not based on anything from Japanese mythology. 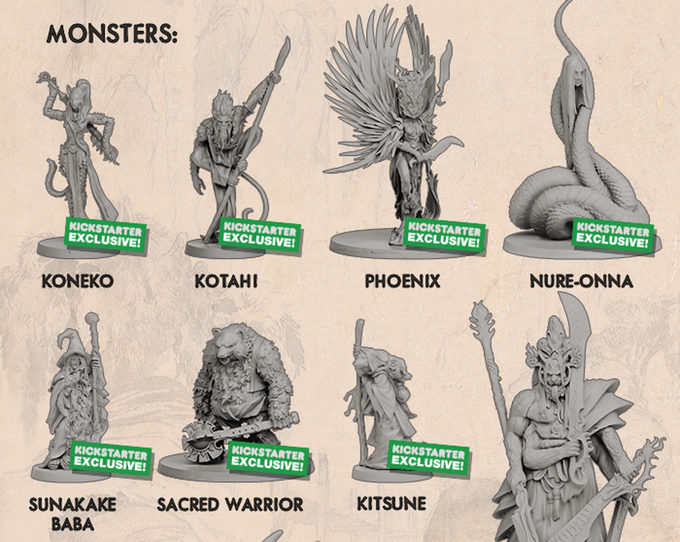 Three days ago, a gamer named Yoshiya Shindo posted the following on the popular boardgamegeek message board:

As I checked the Monsters, I wonder where "Kōtahi" comes from. I'm actually a Japanese but never heard of it. Does it come from another Asian country, or is it an original monster made by CMON?

On the page "List of legendary creatures from Japan" of Wikipedia. "Kōtahi" is explained in a really weird way (What "Manawa Bradford" means?). It says Kōtahi is also referred as "カノト" ("Kanoto", read as kah-NOH-toh), which means "elder metal", not means any monkies nor monsters. Actually, Kanoto is never combined with zodiac monkey, which belongs younger side.

Anyone has an idea?

Kotahi is actually a Māori word that means “one”, or a sense of togetherness. The Māori Dictionary gives this example: "Ki te kotahi te kākaho ka whati, ki te kāpuia, e kore e whati. (If there is but one toetoe stem it will break, but if they are together in a bundle they will never break)."

Kotahi is also a 19-year-old farmer from Dannevirke.

Those who responded to Yoshiya Shindo on the boardgamegeek message board quickly worked out what had happened.

A year-and-a-half ago, Kotahi-Manawa Bradford and his friend were messing around on Wikipedia and created a fake entry on the "Legendary Japanese Monsters" page.

Their entry, named after Kotahi, read “A Manawa Bradford, a spirit monkey that is very hairy and gets engulfed in rage.”

This internet rabbit hole was discovered a few days ago by US game designer John Brieger, whose Twitter thread about the mixup has been retweeted hundreds of times.

He tweeted: “In short: consult people from the cultures you are basing your #boardgame in, or even better, bring them in as co-designers, developers, or artists. Cultural appropriation aside, it'll prevent you from including fake Wikipedia entries as characters in your game!”

CMON is yet to publicly respond to its mistake, but Kotahi-Manawa Bradford, who now lives in Wellington, says he has already been messaged by a handful of people around the world, some of whom have offered to send him the Rising Sun figurine named after him.

“I think it’s just funny and I’m not worried about it. My mate and I were just messing around and he was just adding heaps of shit on Wikipedia and I was just calling him an idiot the whole time,” he says.

Kotahi is himself a gamer and was playing online game Overwatch when The Wireless contacted him.

“I can’t help smiling but I do feel a little bad for the company. It seems they’ve had a few kerfuffles in the past.

“Hopefully they keep the character.” 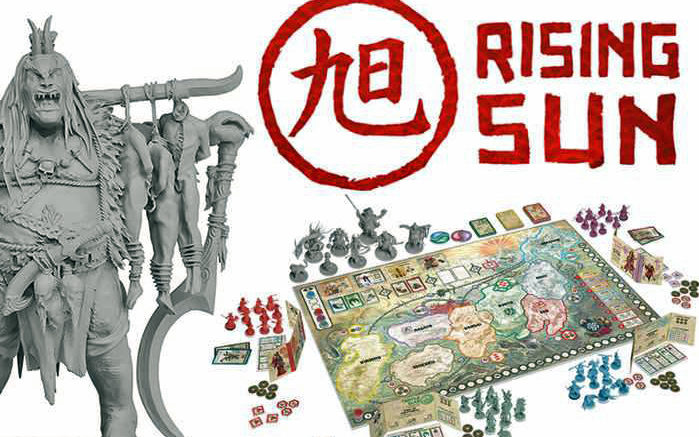 One of the responses on the boardgamegeek message board, by a user named Torgo Shuffle, perfectly sums up the ludicrous situation:

That is FANTASTIC. The game designers use Wikipedia for all their research and a dude from New Zealand winds up in a Japanese-themed board game.

This is the most exciting thing to happen in Dannevirke (tiny rural town) since someone tried to open a brothel there in 2008 and it lasted precisely 3 weeks.