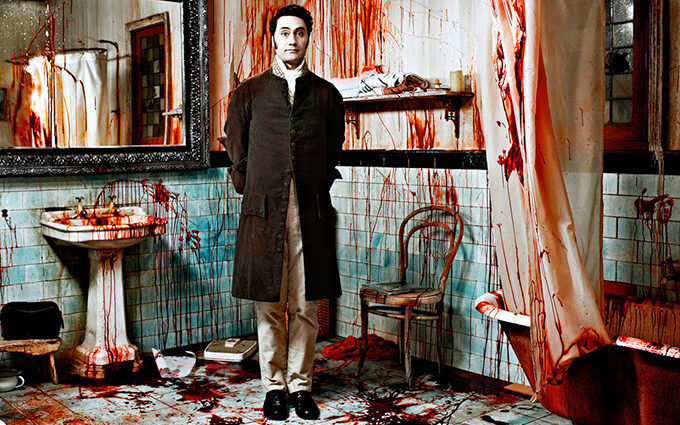 Taika Waititi on the set of "What We Do In The Shadows." Photo: Supplied

The success of instant NZ classic “What We Do in the Shadows” continues to grow.

A TV series based on the 2014 film has been picked up by a major US channel.

Directed, written and starring Taika Waititi and Jemaine Clement, “What We Do” is a mockumentary about the lives of vampires Viago, Vladislav, Deacon, and Petyr in Wellington.

FX, which is owned by 21st Century Fox and has aired critically acclaimed shows like “The Americans”, “American Crime Story” and “Fargo”, has committed to producing a pilot, according to US magazine Variety.

That could lead to a half-hour series with Waititi and Clement on board as executive producers.

Also involved is renowned US producer Scott Rudin, who has had a hand in countless recent indie successes, including last year’s “Lady Bird”.

There’s no date as yet for the pilot to be released.

Variety reports exact details of the plot are being kept under wraps, but speculates the show will likely be set in the US.

The project is different to a separate spinoff TV series created by Waititi and Clement called “Wellington Paranormal”, a follow-up mockumentary about the film’s police officers, Mike Minogue and Karen O'Leary.

That six-episode, half-hour series is expected to air on TVNZ mid-this year.

Waititi is coming off a terrific 2017 - he directed the Marvel superhero movie “Thor: Ragnarok”, which grossed more than NZ $1.1 billion.

What We Do In The Shadows US TV Series ordered by FX. CAN'T WAIT. pic.twitter.com/HKuZi2ULz2