A law professor has questioned the actions of North Shore Hospital staff. 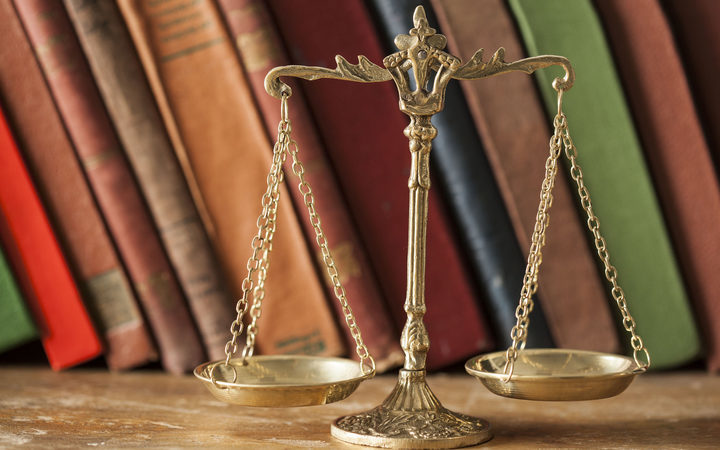 Information given to a woman who was declined an abortion at North Shore Hospital is factually and legally incorrect, a professor of law at the University of Auckland says.

But a spokesman for the Waitematā District Health Board believes the law has been complied with, and that policy had been followed appropriately.

Despite this, the Ministry of Health is to step in, to liaise with the DHB, ensuring it is meeting its obligations under the law.

Earlier this week the Wireless reported on changes being made at the DHB after two women say they were turned down for abortions without being seen by a clinician.

One of the women, Kate*, was told she would have to go to Australia to seek an abortion, as she was more than 18 weeks pregnant.

She was unable to speak with a certifying consultant, despite requesting to do so.

University of Auckland professor of law, Joanna Manning, says that fact that Kate was given to understand that abortions over 18 weeks could only be accessed in Australia at her own cost is “legally incorrect”.

“The Crimes Act grounds state that serious permanent danger to the mother’s mental health and physical health is a ground for a lawful abortion [beyond 20 weeks].”

Kate has said she has a history of serious mental illness, and considered suicide or self harm after she was turned down by the DHB.

Manning also says the fact that Kate was led to understand that she needed to go to Australia for an abortion was “factually incorrect”, given that the Waitemata DHB has performed 62 abortions on patients at 18 weeks gestation or more between January 2015 and October 2017.

Health Minister David Clark has now asked the Ministry of Health to liaise with the Waitematā DHB “about their obligations”.

But a DHB spokesman has stressed that he believes the law has been complied with.

The procedure clinicians should follow when a person seeks an abortion is laid out in the Contraception, Sterilisation and Abortion Act.

The law says the person’s GP should refer the patient seeking an abortion to a certifying consultant to determine whether their case is lawful under the Crimes Act.

In Kate’s case, her GP followed this protocol in referring her to North Shore Hospital.
The law clearly specifies that if requested to by the patient, the certifying consultant shall “interview her”.

The proposed operating surgeon can also, with the patient’s consent, speak with their GP about any medical background relevant to deciding on the case.

In Kate’s case, it was a social worker who discussed her medical history with her GP.

When Kate was then texted by the social worker saying the Waitematā DHB was “unable to assist” with her request for an abortion, she replied, asking to speak with a certifying consultant.

Just before 1pm the following day the social worker replied with the names of three certifying consultants. 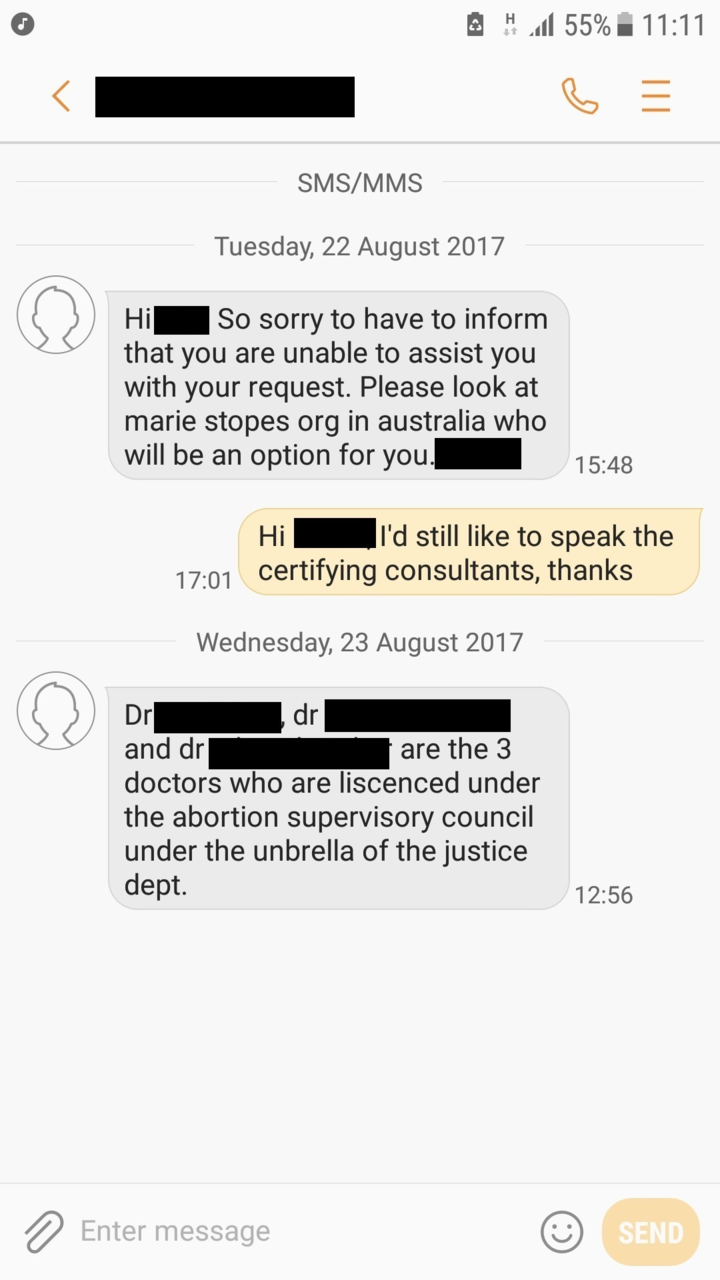 Kate emailed one of the consultants, but only received a one line response from an administrator, which said “You are able to access abortion after 18 weeks in Australia.”

After this experience, Kate made a formal complaint to the Health and Disability Commissioner (HDC) against the social worker who had spoken to her via phone and text message.

On November 8, the HDC sent her a letter saying that the complaint was no longer being investigated by the commissioner, because of the policy improvements that were being implemented by the DHB as a result of her experience.

But the Wireless understands that the HDC has since received a follow up complaint made on Kate’s behalf.

Terry Bellamak, president of the Abortion Law Reform Association of New Zealand (ALRANZ), says the the Abortion Supervisory Committee (ASC), a statutory body that is legislated to oversee the implementation of abortion services, should also be taking a serious look at the way the Waitematā DHB has acted.

“The people of the North Shore, West Auckland, and the rest of New Zealand, have a right to know what the law is, and what they can expect when they need abortion services,” she says.

A strongly worded email was sent by the ASC to the DHB on October 5, requesting a copy of DHB policy on abortion services, "particularly on any limitations on gestations of pregnancies and processes for abortion certification".

The email also reminded the DHB that its full abortion licence, issued according to New Zealand’s abortion laws, was due to expire on March 20, 2018.

But a spokesman for the ASC said they did not investigate individual cases or complaints, and he was unable to comment further until the committee received the updated policy from the Waitematā DHB.

A DHB spokesman said that this would likely be in mid-December.

Justice Minister Andrew Little told the Wireless that the Labour Party wanted to remove abortion from the Crimes Act.

“We have a coalition government now that is in the process of confirming its work programme for the next three years once the 100 day plan is complete. I expect any review of abortion laws will be in that work programme.”

*Kate has chosen to remain anonymous to protect her future child’s privacy.

If it is an emergency or you feel like you or someone else is at risk, call 111.