Auckland indie-pop band Polyester (formerly known as Kip McGrath) are back with a new song “Different For a Boy” ahead of the release of their first full-length early next year.

Known for their DIY approach and catchy, effervescent sound, the new track is, according to lead vocalist Sylvia, a bit of a detour from past releases like ‘Lucky Me’ and ‘Ordinary Day’.

“We're going in a more sort of pop direction,” she says. “I guess this is kind of our first proper ballad-y type song, after doing more kind of funky 80s stuff for like a year or so.”

Written by band member and principal songwriter Amelia, 'Different For a Boy" is also an incredibly personal song.

“This one is kind of from Amelia's perspective,” says Sylvia. “It's kind of like our trans anthem because she's recently come out as a trans woman and it's about her experiences.” 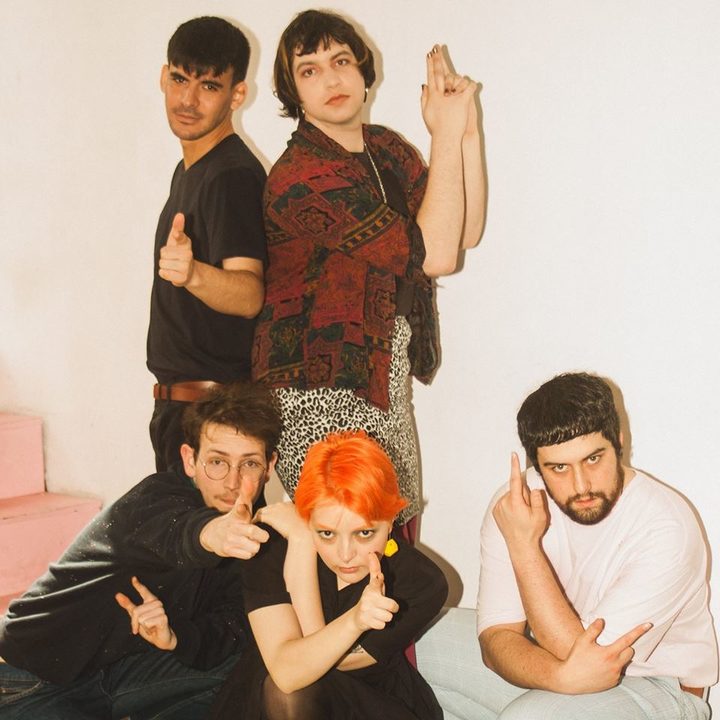 It’s a track that the band is intensely proud of.

“I'm really close to Amelia”, says Sylvia, “so it's nice to be able to sing that. It's like a look back I guess, to before the start of this year happened.”

With their first full-length release set to be released early next year the band are in full swing recording and, says Sylvia, they're working harder than ever before.

“Amelia is like the driving force, so she is like some musical genius. She can just be like 'OK, I'm going to write a song today, oh it's finished'. And then she brings it to the rest of us and everybody writes their own little bit."

“It’s definitely going to be a lot more poppy than our last releases which I'm chuffed about”, she says. “We've been listening to a lot of Carly Rae Jepson and it shows.”

With February forecast for the release, the band's performance at the 2018 Laneway Festival will offer something of a sneak peak of the album, something Sylvia says they are very excited for.

“God yeah, I'm so chuffed. We've played reasonably big crowds before but nothing to this extent so it's going to be pretty mean.”