To celebrate the wrap of season one of sex and sexuality podcast BANG!, creator Melody Thomas discusses the most important thing she learned. 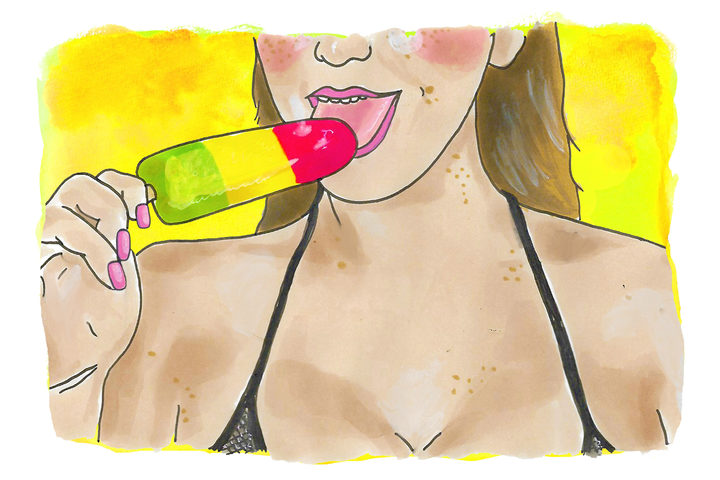 In everyday life we say “no” all the time, without actually saying the word.

Consider this - you ask someone if they’d like to come to a movie with you. They pause for a moment and say something like, “Ummm, thanks, but I have work to do.” The pause serves to warn us of a forthcoming refusal, ‘thanks’ softens the blow, and an excuse - true or not - gives us a way out without hurting feelings. A straight “no” - even in this relatively harmless situation - is really hard to do.

When it comes to sexual consent, “just say no” is simplistic - if not futile - advice, according to conversation analysis conducted in a 1999 study. It ignores the complex ways that refusals are performed in everyday life - many of which omit the word ‘no’ all together.

A follow up study showed that men are equally as clued up on how refusals are done as women - citing anything from body language going ‘cold’, excuses being made and clothing not coming off voluntarily as a refusal for sexual intimacy. This suggests that it should not be necessary for a person to say ‘no’ in order for them to be understood as refusing sex. Date rape doesn’t happen as a result of men’s misunderstandings - researchers say - so much as a witting intention by men to engage in coercive sexual behaviour.

Consent is a hot topic, with viral videos comparing the issue to sharing a cuppa, numerous op eds and articles on what enthusiastic mutual consent looks and sounds like, plus big international events like the Women’s March calling for change on a raft of issues affecting women, including sexual violence.

But the idea that consent is implied in the absence of a spoken “no” (“no means no” - but otherwise, you’re good to go) - prevails.

So, in case you’re in need of a refresher on the many ways someone can signal that consent has not been given, or is being withdrawn without an explicit “no” - Fiona McNamara from Wellington’s Sexual Abuse Prevention Network is here to talk about non-verbal consent.

Can look like: Excitement, both partners touching each other, enthusiastic kissing, your partner taking your hand and directing it to parts of their body, removal of clothing without prompting.

“Importantly… everyone is equally leading what’s happening – sex is something that people do together, not something that one person does to another person,” McNamara says.

If your partner isn’t asking you to stop but is also not showing any green signals, stop what you’re doing and ask if everything is ok. If your partner reassures you they’re fine but their body language still suggests otherwise, try switching to something non-sexual like watching a movie. If they’re keen to be intimate they will initiate contact again.

Under New Zealand law, consent can not be given if a person is under 16 years of age, is asleep or unconscious, is so affected by drugs or alcohol they cannot consent or refuse, is mistaken about who the other person is, or is mistaken about the nature or quality of the act.

Other red signals include pulling away, crying, struggling to keep clothing on, freezing or going silent, making excuses.

If the person you’re with is displaying any of the red signals, we should not need to tell you to stop immediately. Proceeding will cause harm.

“Some things that we might assume are a yes, may not be – such as an erection. Our bodies’ can make physiological responses that we don’t necessarily want them to. [Similarly] a heart beating fast could mean someone is excited or turned on but might mean they are scared or nervous,” says McNamara.

To be certain a sexual activity is happening with full, mutual consent, all signals need to be green. If there is one red signal, or an orange signal that leaves you unsure, even in the presence of green signals you must stop.

Asking if someone is enjoying what you’re doing can be hard - the fear of awkwardness or rejection is very real. But it is essential in order to prevent harm and to ensure both parties have an equally fun, pleasurable experience (which can and does happen all the time!)

If your partner is showing you a bunch of green signals but also an ambiguous/orange signal or you’d like to check they’re OK, you can ask questions like “Do you like that?” “What do you like?” “What would you like me to do?” “Do you want me to...”

“It might feel awkward, but if they’re into it, they’re not going to mind being asked. It will make someone feel respected and cared for to know that the person they are with cares about how they feel. It’s much better to ask and feel a bit awkward than it is not to ask and potentially leave someone feeling violated,” McNamara says.