A woman’s appeal to remain in her Glen Innes state house has been dismissed.

Ioela Rauti, 62, who is known as Niki, had appealed a decision by the District Court allowing her to be evicted from her home of 21 years on Taniwha St in the Auckland suburb.

Ownership of the house was transferred from housing New Zealand to Tāmaki Regeneration Limited last year.

The company plans to replace 2500 social houses in Glen Innes, Point England and Panmure with 7500 social and private-market houses over a period of 10-15 years.

Since an eviction notice was given in October last year, protesters had gathered outside Rauti's home to support her stand, which was seen by some as symbolic of gentrification and Auckland's housing crisis. 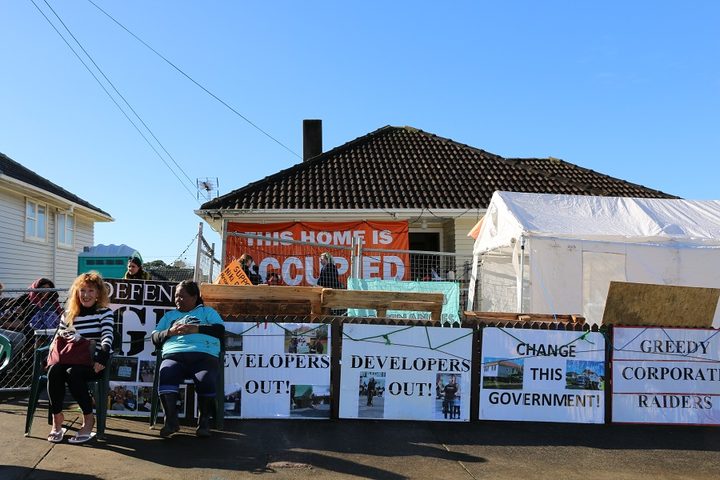 Rauti was issued with a 90 day eviction notice which she refused to adhere to, and in February the Tenancy Tribunal ordered her to leave the property.

She appealed the decision in the Auckland District Court and then at the High Court.

Tāmaki is one of the Auckland’s designated “Special Housing Areas” - where development is fast tracked to help combat the housing crisis.

Many of the properties have been "de-tenanted" and demolished to make way for new housing.

Rauti's house is one of six properties that will be demolished and replaced with 12 four bedroom houses, which will be privately sold.

Of the 300 properties the developer is building in Rauti's area, 78 will be used as social housing.

Though Niki has been offered five social houses to move into in the last four months, she says none of them are appropriate.