Travel to any corner of this country, listen closely and you might hear it. 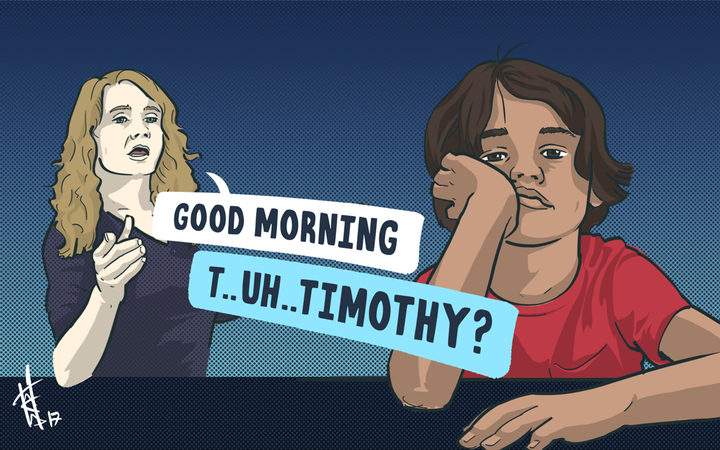 The mispronunciation of Māori names is still a prevalent issue in Aotearoa society. In this feature, Māori share personal stories of the damaging effect it has had on their lives. The next feature in the series will look at why pronouncing names correctly matters.

Travel to any corner of this country, listen closely and you might hear it. It’s the sound of Māori names being mangled by the mouths of so many New Zealanders.

Aotearoa was founded on a document which promised Māori the protection of their taonga. Yet 177 years after the signing of the Treaty, perhaps the most precious taonga of them all, te reo Māori, is still being butchered.

Ignorance, intolerance, laziness, lack of knowledge – whatever the reason behind it occurring, one thing is certain: mispronouncing Māori names has a damaging effect for many Māori.

Each place was rich in te reo Māori, brown faces, waiata, karakia, and tikanga. All of these things, in his eyes, were a reality he believed to be the norm. But one encounter as a young teenager changed that view.

It started with a cup.

It had Ngaiwa’s name on it as a way for the café worker to make sure that the cup would end up in his hands during the busy lunch-hour.

He waited a short-while, until a name was called aloud – one Ngaiwa had never heard before, but one which vaguely resembled his own.

He says he sat there for fifteen minutes not knowing she was talking about him.

“After a while I went up to her and said, ‘I’m waiting for a coffee for Ngaiwa please’, and she told me she had just thrown it away because she had called the name on the cup but no one came to collect it.”

A small encounter which had a rippling effect, Ngaiwa says.

“Now when people I don’t know ask what my name is in places like that I give them “Noah” or some other name so I don’t have to get into awkward situations.” 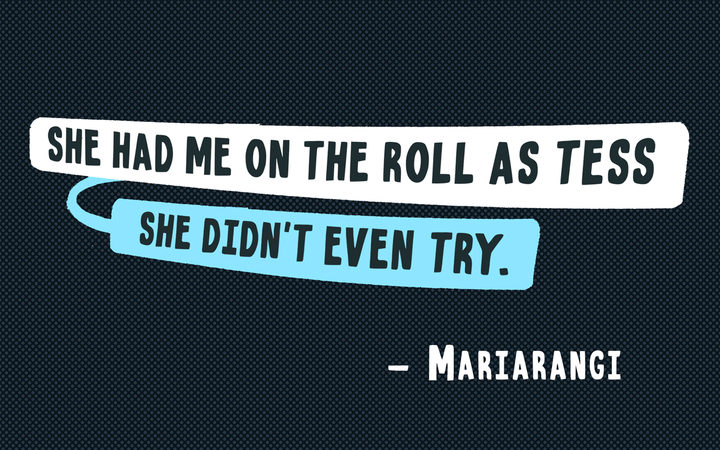 Mariarangi Carkeek is well-acquainted with these sorts of situations.

One experience etched in her memory is of a high school maths teacher who mispronounced her name once too often.

“One day I told her, you know what, you can come up with a name for me and you can call me that for the rest of my college years, because I just can’t deal with this anymore.”

For the next two years that teacher referred to Mariarangi as Tess. It was way easier, Mariarangi recalls her teacher saying.

“She even had me on the roll as Tess. She just never tried. There were other Māori students in the class but they all had little nicknames.”

Te Rangikauia Tipene shared a similar experience at a predominantly Pākehā school with her chemistry teacher.

She says being Māori already made her feel out of place at the school and the feeling worsened when her peers could not pronounce her name and did not put any effort into doing so.

“It got to a point where my teacher would go through the roll calling out everyone’s name but when it came to mine she just looked up, saw me, and said ‘yup she’s here’ so that she didn’t have to say it.”

She says her teacher’s lack of effort it made her feel embarrassed to have a Māori name.

“She gave me the impression that it wasn’t important to learn my name and it affected my learning because I didn’t feel comfortable around her.”

She hopes one day people won’t have to ask her for a nickname they could use instead.

“There’s no better feeling then someone making the effort to say your name correctly. It always makes me feel more comfortable, more at ease and more appreciative of others.”