What does it say about us, the public? 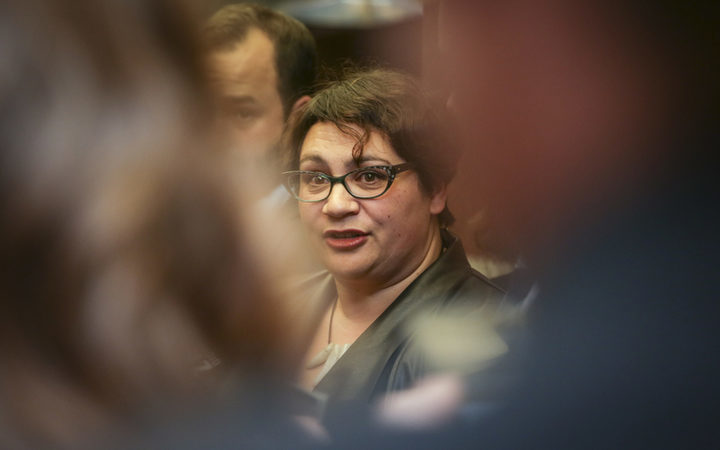 Metiria Turei’s voice was too confronting for the precious hearts of those in power, the Pakeha Middle Class (PMC) of New Zealand. Following a rapid escalation of events since the disclosure of “benefit fraud”, Turei resigned yesterday from her role as co-leader of the Green Party.

She is a woman of Māori descent who made visible the uncomfortable reality of poverty in New Zealand. Dealing with that poverty means making up for our colonial past and tackling systemic gender inequality. This would likely involve a form of redistribution that takes away from the “innocent” PMC, which is just so totally unfair … right.

The PMC and her opponents in Parliament, including two of her own party members, fixated on a minor breach of the law in Turei’s past so as to drown out  the support the causes championed - #IAmMetiria.

The scrutiny got to her family; it got too real for Metiria and now she has left the building.

In contrast, look at how the public has responded to Jacinda Ardern, the newly-elected Labour Party leader. She has supposedly caused a wave of “Jacindamania” in her first week in the job, emerging as a feminist icon. Yet the feminism she is engaging is superficial at best, as the women she stands for are not the ones who are materially disadvantaged, reflected in her firm position to exclude Turei from a ministerial position should Labour and the Greens work together.

She will stand up for women, but just the ones who don’t have to lie to WINZ to receive the benefit to feed their children. Even with this kind of position, Ardern remains clear of the public’s moralising gaze; there is yet to be the scrutiny Turei received regarding her benefit fraud. Surely a minister’s stance on poverty should matter more to society during election campaigns than petty technical transgressions.

New Zealand’s public discourse is overrun by the interests of PMCs who selectively moralise the actions of politicians on the basis of gender, race and class. Turei’s resignation was a result of the vicious collective voice of those who refuse to face the real issues confronting our country in the interest of maintaining their status quo.

If there is ever to be meaningful change in Aotearoa, we need to take on board the struggles of the most marginalised, disempowered and unheard.