Sometimes giving up on a single job pays off. 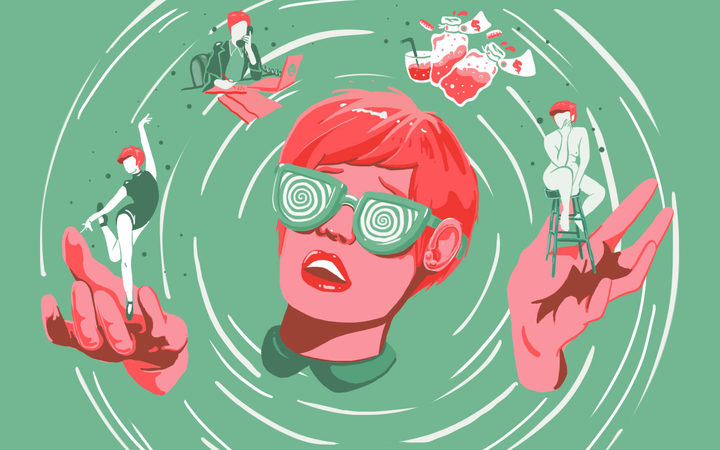 The 24-year-old is a self-confessed workaholic. She’s on the go from the moment she wakes until 11pm to get through admin, proposals and hustling more work. She’s lucky if she gives herself a lunch break. 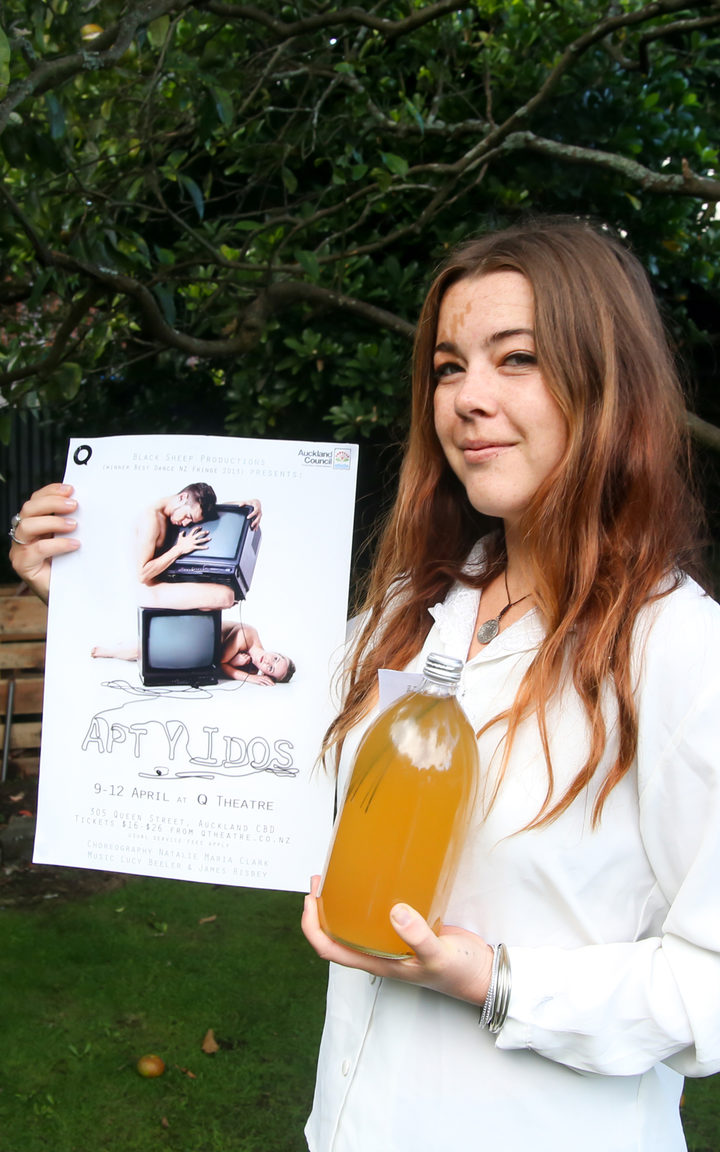 But the chance to pursue a career in something she’s truly passionate about outweigh an enticing monthly pay cheque from a single full-time job.

Natalie can pick and choose the gigs she wants to work, and explains she often feels torn between the mundane rent-paying jobs and the fun, but not always lucrative assignments.

“I’ve never had a conventional full-time job, just contract jobs,” she says, “but there’s always something else on the periphery as no job really goes on hold.”

It’s like being a jack of all trades, except you have to be a master at all trades too.

GIVING UP THE GRIND - OR SWAPPING ONE FOR ANOTHER?

“Gig” is a word that has been synonymous with musicians. Today it applies to a multitude of professions, from artists, to Uber drivers, contractual builders to seasonal fruit pickers. With the rise in recent years of contract, temporary and freelance work in New Zealand, and around the world, we now have the gig economy.

More than 300,000 people are now self-employed (without employees of their own) in New Zealand. That number has jumped by 68,500 workers (29 percent) since the last quarter of 2008 - including an additional 25,000 workers in the first quarter of this year alone. Even without that latest jump, the total had risen by 19 percent by the end of last year, compared to a 14 percent increase in the overall workforce.

Many of them are opting against the 9-to-5 grind, instead balancing the need to get by with pursuing their passions - even if means taking on three or more jobs.

They are taking on job titles that haven’t existed until very recently, even if the nature of the work has. People have been giving hitchhikers lifts and opening up their spare bedroom to guests for years.

What is new is the opportunity to turn these services into profitable income. Arun Sundarararajan describes this cultural shift in his famous academic text The Sharing Economy as the “end of employment” due to the blurred lines between personal and professional life.

A Harvard University study found that 94 percent of the jobs created in the United States in the past decade were temporary. Some of these include: search engine optimisation engineers, app developers, online or mobile customer service agents, Uber drivers, YouTube content creators, Airbnb hosts, drone operators and even the “millennial generational expert” (thanks to them we now have professional companies hashtagging “YOLO” from their Snapchat accounts). 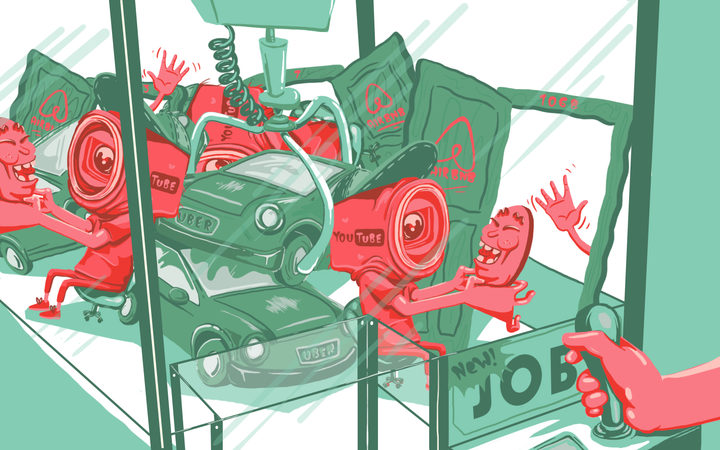 Gig culture is basically a means to survive while maintaining autonomy, control of your work environment and a more flexible weekly schedule. However, the lifestyle doesn’t come without insecurity, at least at the start.

If you’re starting out in an industry, there might be pressure to accept a lower rate - taking $20 per hour instead of $25 because of a fear you’ll miss out on the job. Then with a variable income it can be harder to get a rental, let alone a mortgage.

Natalie says there is an unrealistic perception that creatives will work for peanuts (or for free), and she emphasises the need to say no to gigs which exploit the talent of artists and compromise their livelihood.

“While it’s a short-term fix every time we say yes, we are perpetuating that it’s OK to work in bad conditions. We need to band together as workers and artists. It’s OK to say no.”

Freelancers may have the luxury of hitting the beach if their work is up to date, but should something happen during a busy period, they will have to either push through or approach Work and Income if they don't have savings in the bank.

But sometimes the risk is worth it.

“If you’ve got skills and a big book of business contacts and customers, then the gig economy gives you an incredible amount of flexibility to find balance in work, but for everybody else I think it’s the other way round where you're constantly on edge, constantly insecure and looking for the next bit of work,” says economist Shamubeel Eaqub.

‘I KNOW MY MUM DOESN’T QUITE GET IT’

Julie Zhu is a 24-year-old who has just started out in the freelance world, and is taking the insecurity in her stride as she juggles a career of photography, film and theatre management and running her own Green Party campaign for her East Auckland electorate. 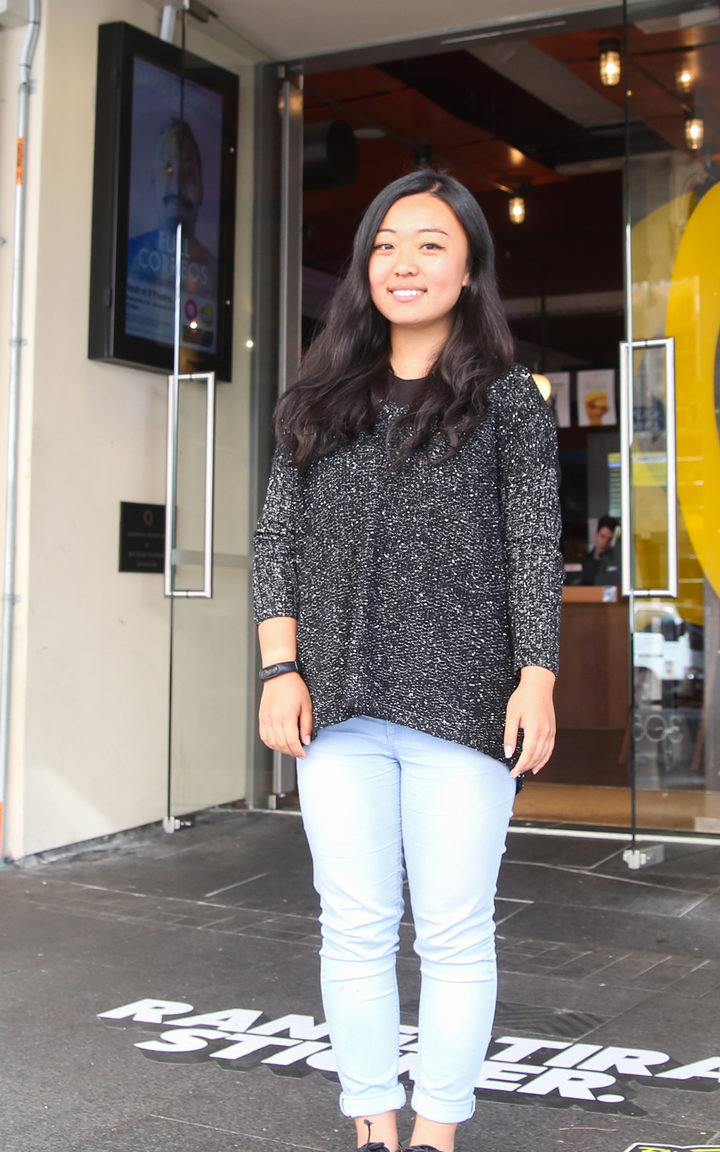 Julie says she’d struggle to have enough time to run for political candidacy had she been working 9 to 5 every day.  After she left her stable job last year, she needed a stream of workflow and found freelancing was the best way to secure some quick work and has never looked back.

“I know my mum doesn’t quite get it” she says, “And sometimes it would be quite nice to have a stable 9 to 5 that you know is always there, but it’s kind of more fun to have all these projects to work on, and be immersed in different worlds with different creativity. I think this is especially important for young people who are still figuring out what they want to do.”

Julie also has fears of exploitation within the creative realm, and the insecurity if you or your family become ill.

“I know of another photographer who recently lost their partner and obviously received no bereavement time due to freelancing, you should be able to have time to grieve while still being able to pay your bills,” she says. 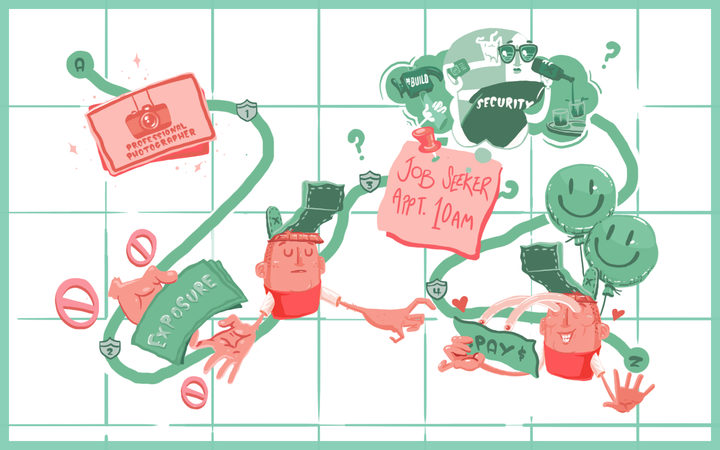 Karlton Laing gave two years to a full-time job as a security guard, but felt it was holding him back from his long-term dream of becoming an actor. Now he works in stock-take at Sky City, contracts for two brand ambassador companies and ushers at Vector Arena. 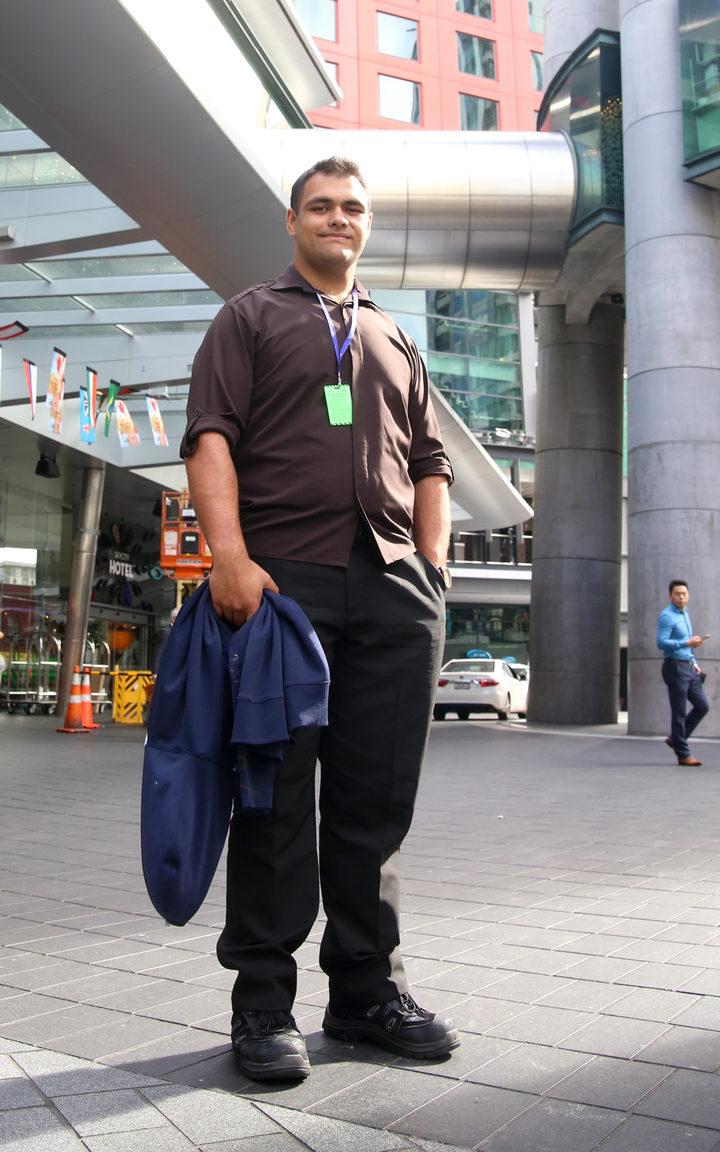 Leaving permanent employment gave him the freedom to focus his energy, but free time is almost an idea of the past. The continual challenge to find the work to support his choice can often leave him with very little time for himself. He devotes lunch breaks and time between shifts to practising, rehearsing and researching.

Karlton says he’d pick complimentary work with a great director over a high-paying gig. “I’m always keen for more money, but if Peter Jackson called me up to work on a film, hands down I’d do it! I even said I’d move down to Wellington for an extra role.”

For some gigs, he’s had to travel two hours and taken three buses from Whangaparoa, north of Auckland, to get to an unpaid shoot in West Auckland. Karlton says, in his defence, that this is training but there is a point where you have to put your foot down and charge what you’re worth as a performer.

Karlton is also one of the 2193 New Zealanders between the ages of 25-39 who registered for Job Seeker Support with Work and Income, a number that has risen 7 percent since 2016.

As of March 2017, there were 278,236 working-age people (18-64 year olds) receiving a financial benefit, however this number has seen a significant decline since 2012. Creative benefits are often a vital support for many aspiring artists.

As part of Work and Income’s mandate to help encourage its beneficiaries into the workforce, there is a specific programme called PACE, that helps get people into full-time work and teaches other skills such as dealing with tax forms. Karlton says he’s grateful for the one-on-one guidance given by PACE, however often the opportunities  on offer are in construction, security or hospitality, and not in line with what he wants to do.

Luckily, Karlton has the support of his friends and family, and his mum even quizzes if he’s getting paid appropriately.

IT CAN BE DONE - LOOK AT THIS GUY

From a humble beginning working in his sister’s factory in Te Atatu, actor Oscar Kightley lasted two days before deciding he wanted to make it in the television industry as a performer. He had always aspired to be an actor, but worked hard to turn it into a career.

“Working in a factory is a real job” he says, “You’ve just got to figure out how to make money out of fun stuff!” 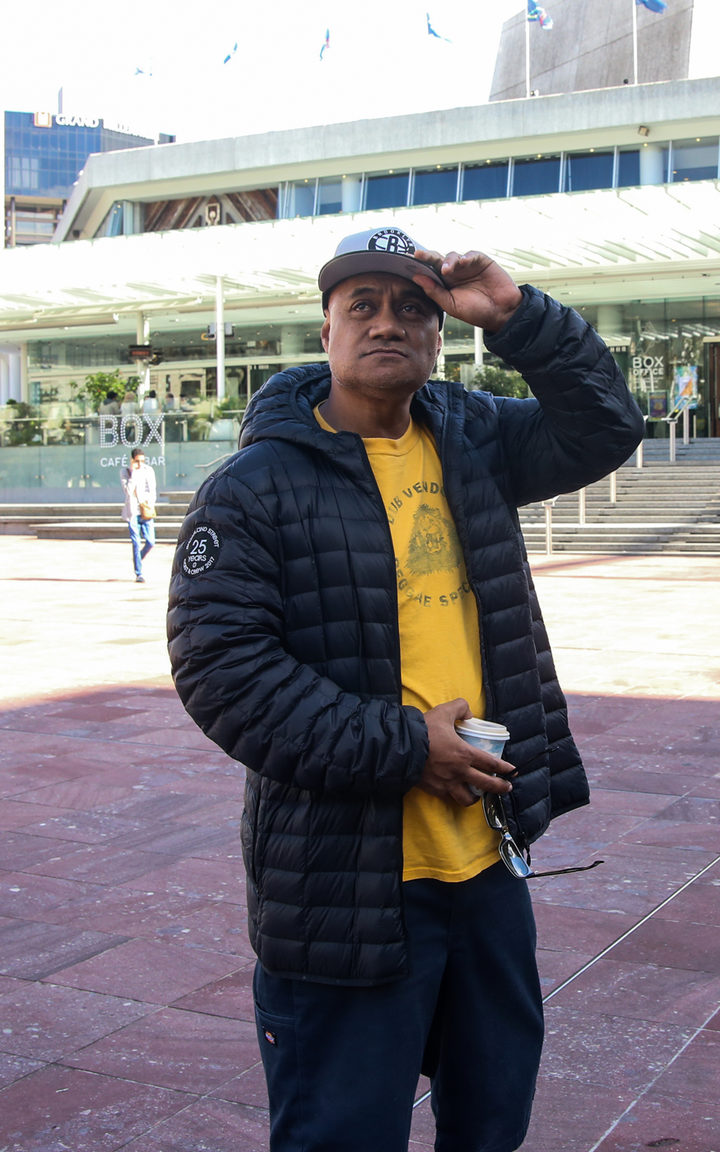 He understand the insecurity too.

“In the 1996 International Festival of the Arts, me and a mate Dave were commissioned to write a play, ‘A Frigate Bird Sings’ and then two years later in the next festival I was working in the Spigal tent making coffee!” he says.

“It’s always scary and fraught. When I started 24 years ago, I stopped doing proper jobs and started being an artist. You have this invincibility of youth. It always felt like working six months ahead.”