It won’t leave a dent in his legacy, but the new film based on the life of Tupac Shakur fails in just about every way you could possibly imagine, writes Hussein Moses. 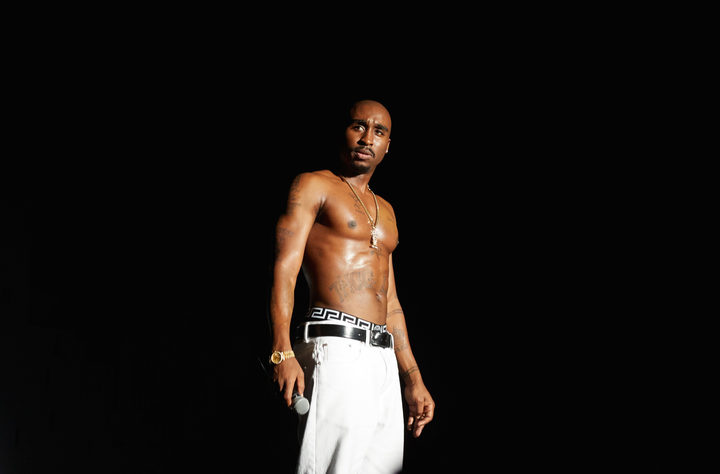 Demetrius Shipp Jr. as Tupac Shakur in All Eyez On Me. Photo: Roadshow Films

2Pac’s legacy has always been complicated, no matter which way you swing or hologram it. The way he challenged listeners has seen him continue to resonate within hip-hop culture more than two decades on from his tragic murder. In his mesmerising biography of the rap titan, Holler If You Hear Me, author Michael Eric Dyson explains that Shakur candidly embraced “ethical ambivalence”, even if - at times - it merely came off as hypocritical to his detractors.

“How could the same artist - or, given the unwilling suspension of disbelief, the same man - encourage women to keep their heads up one moment and then quickly pelt them with harsh epithets? How could he proclaim peace while carrying a sword?”

All Eyez On Me, the new biopic based on the life of Shakur, does little to answer, or even acknowledge, those types of questions. But that’s really just the beginning of its problems.

It always felt like it was going to be the victim of a messy production. The film was given the green light way back in 2011, with Antoine Fuqua (Training Day) brought on board to direct it. In 2014, John Singleton (Boyz In The Hood) took over, barely lasting a year. Next in line was Carl Franklin (One False Move), but he would quickly hand it off to Benny Boom, a director who's done more in the world of music videos than feature filmmaking.

Singleton kept his thoughts on the project short and sweet: “I haven’t watched it and I refuse to watch it. I know that they fucked it up so I’m not even trying to give it any attention.”

It’s a pretty accurate summary. All Eyez On Me fails in just about every way you could possibly imagine. The film runs through different junctures of Shakur’s life, from his upbringing to his triumphant rap career to the self-destructive moments that threatened to derail it. Somehow, nothing hits home.

At times, scenes barely gel together, while others seem completely out of context. When Shakur (played by Demetrius Shipp Jr) lands in jail just over halfway through the film, he gets a pep talk from an inmate we were never introduced to in the first place and therefore have practically no connection to whatsoever. Other parts feel like they were reshot later and jammed together in an attempt to save the film.

All Eyez On Me crawls along at a snail’s pace (it clocks in at an ugly two hours and 20 minutes) and somehow it ends up completely lacking any of the nuance and depth that Shakur was recognised for.

The thing is, there’s never been a need for a movie based on Shakur’s life because his short career was so well documented that it’s basically impossible to top. We already got Tupac: Ressurection years ago; a documentary in which he narrated his life and death through countless interviews, with each and every one as honest and enlightening as the last. 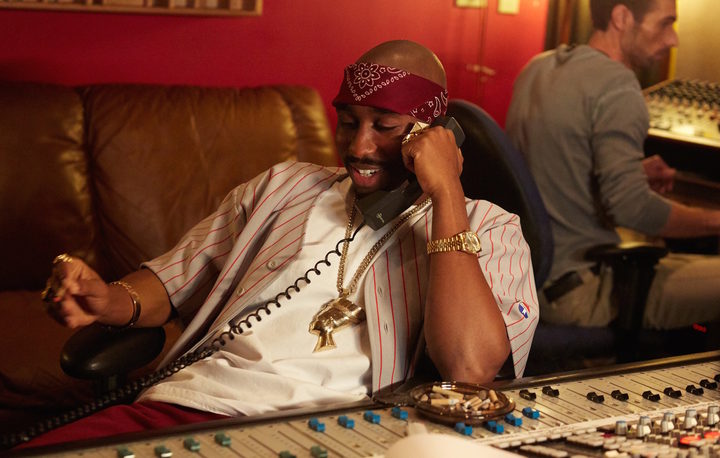 All Eyez On Me is framed around the interview he gave while in prison, but what’s interesting is the accompanying tagline of the film which implies we’re being told the “untold story” of Shakur’s life. As if. In reality, we’re exposed to a dramatised version of events. More often than not, it feels like you’re reading a Wikipedia page that’s full of those {citation needed} tags.

One of those moments comes as All Eyez On Me moves its focus to Shakur’s sexual assault case. In 1995, he was convicted of first-degree sexual abuse, yet in the reenactment of events, the film’s producers seems to go out of their way to plead his innocence. While the assault goes down, Shakur is shown asleep in a completely different room after declining the advances from the young woman who would go onto press charges against him. To say the scene was too sympathetic would be an understatement.

It’s odd then that the film would also end up brushing over some of the better known aspects of his career. His beef with Bad Boys Records, in particular, doesn’t land in quite the way you’d expect and instead we end up left with a handful of montages to try and get us up to speed with where he was at in his career at the time.

Perhaps instead of trying to deliver some kind of 2Pac For Dummies story arc, it would’ve been better to cover less ground in more depth. Straight Outta Compton, the surprise breakout of 2015, did a whole lot more with what was close to the same budget. By the time All Eyez On Me drags itself to its inevitable closing scene, it’s clear that there’s little payoff for anyone that bothered with their time.

It’s not like this will leave a dent in Shakur’s legacy, but it’s disappointing when a movie that’s obviously pandering to fans leaves so little for them to take anything away from it. What a shame.