Submissions close tomorrow for the Domestic Violence Victims' Protection Bill. But how will it work? And can employers afford it? 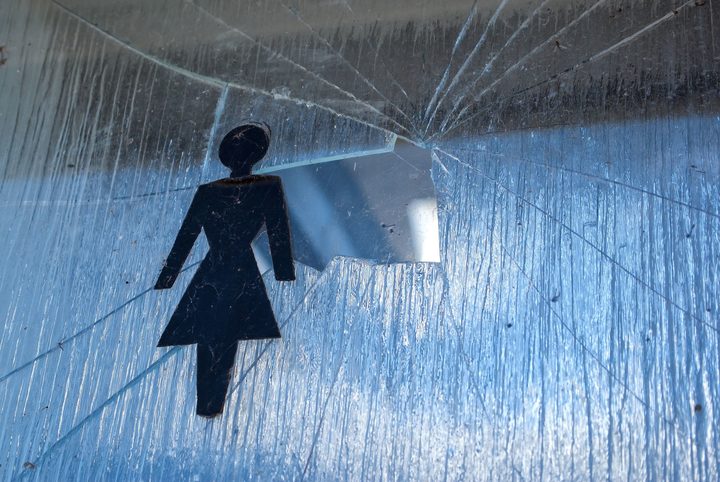 Leaving a partner can be a difficult and drawn out process. Add a full time job, property, children or financial woes to the mix, and it gets even harder.

Now imagine if, on top of all that, you fear for your or your children’s lives.

In her first year in Parliament, in 2011, Green MP Jan Logie began work on the Domestic Violence Victims' Protection Bill, which amends five laws to offer protection to victims of family violence while they’re at work.

The bill aims to support victims to stay in paid employment by addressing discrimination, offering up to 10 days of paid leave and flexible working hours, and introducing the effects of domestic violence as a hazard in the workplace.

Logie said the bill is for people who have decided to leave an abusive relationship, but don’t know how. It’s so they can organise themselves - speak with specialists and make a plan, or find accommodation while the perpetrator thinks they're at work.

And it will help people who can’t get to work, because their partner has taken off with the car or left their children without a carer; and it’s for people who are harassed by telephone or email or physically stalked at work.

“The work environment needs to be safe for victims to tell their employer what’s happening so they can mitigate factors that may make it unsafe,” Logie said.

To do this, the bill introduces the concept of a “domestic violence document” - similar to a medical certificate.

It is now before select committee, with a report due on September 8.

Before moving into politics, Logie worked for Women’s Refuge, and has volunteered for organisations including HELP and Rape Crisis.

“One of the motivations of this bill was my experience working with a woman with three kids who was in a violent relationship and decided to leave,” Logie said. 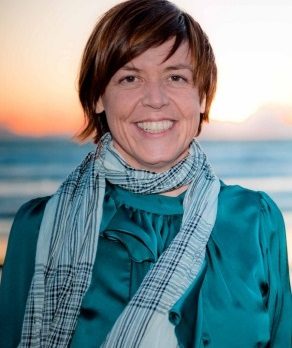 “She knew how risky that was, he’d threatened to kill her if she left. He’d racked up debt in her name. She was thinking about how she was going to look after her kids and the debt, and she knew that she needed to keep her job.

“We called her employer to see if she could work from a different office, so she wouldn’t be as easy to find, and for some time off.”

The employer said no.

“I was driving her to work that night and she was lying down in the back of the van… It was just so scary because he had people out looking for her and she just wasn’t safe,” Logie said

The woman couldn’t afford to take unpaid leave, and at work, she was a sitting duck.

“She went back to him the next day.”

In her speech on March 8, when the bill was first read in Parliament, Logie dedicated it to “every victim of domestic violence who ever felt trapped and every person who knew a workmate was being abused but did not know how to help”.

The bill gained unanimous support, and was referred to the Justice and Electoral Committee.

Logie said this unanimous vote reflected the the broad support the bill got from New Zealanders outside of Parliament - from chambers of commerce to women’s organisations and Business New Zealand.

“It became untenable not to support it.”

“It’s hard for a couple separating,” says says Holly Carrington, a spokeswoman for Shine - a charity that supports victims of domestic violence (as well as educating perpetrators and members of the public).

“When you add to that a layer of fear for yourself and your children, it adds a whole new level of complication.”

Carrington said it was important for employees who were victims of domestic violence to have flexibility and the allowance to take leave when they were going through a crisis - especially if they were financially stretched already.

“This is an important bill and will be very helpful for the small number of victims who do need to take advantage of that leave provision.”

When the bill was first selected to be read in Parliament, Workplace Relations and safety Minister Michael Woodhouse expressed concerns about its cost to employers.

But the Māori and Act parties both committed to supporting the bill to select committee, where submissions can be made, while organisation Business New Zealand also supported it passing its first reading:

"It's important to hear the views of victims but also smaller businesses who would have to manage it, and how they would be able to manage it, if at all," its chief executive Kirk Hope told RNZ.

Both Logie and Carrington insist that the bill will allow businesses to save money, as a result of lower recruitment and training costs and greater productivity. Their claims are supported by economic analyses in both New Zealand and Australia.

In 2014, a report prepared for the PSA by economist Suzanne Snively estimated the cost of domestic violence to New Zealand employers was at least $368 million for the 12 months to June.

She further found that if nothing was done to address the issue, total costs would be at least $3.7 billion over the next 10 years.

Costs contributing to this figure included loss of productivity, and money and time spent on recruiting and training staff if the victim’s employment was terminated.

And in December last year Australian economist Jim Stanford found that a universal entitlement to paid leave for victims of domestic violence would cost employers so little, it would be difficult to measure.

In an analysis of the economic impact of domestic violence leave provisions, he found that about 1.5 percent of female employees, and around 0.3 percent of male employees, were likely to use paid domestic leave in any given year.

Last year, a Royal Commission into family violence by Australia’s Victorian Government recommended that domestic violence leave be included in the public sector employment agreements in Victoria, and encouraged federal government to do the same.

Almost 150 submissions on Logie’s Bill have been received by Parliament.

“Last week I have been bursting into tears in my office hoping no one will see, my child is a mess [sic],” one submission reads. “But I still have to get through the day like everything is okay, when I can barely keep together ... My kid needs more time with me during this instead of us both pretending nothing is wrong.”

Another woman submitted in support of the bill, as a survivor of family violence:

“I consider myself lucky to have been blessed with supportive directors who provided me special leave, flexible working arrangements and access to support during the darkest time of my life,” she wrote.

“Work provided safe means of communication so I could freely seek legal, medical and social help. This enabled me to take time to get my mind and affairs in order. Work was a safe place where my husband could not reach me, where my children could lock the door and keep him out.

“The reliable income ensured I could continue to support my children, seek legal and medical help, and move house. Work gave me the perfect cover to be able to move house without alerting my husband… Work provided a strong external validation of my worth, when internally I had close to zero. In return, the company kept a dedicated, motivated, loyal and productive employee.”

One submitter said she supported the bill as it would allow her to take paid leave to support her mother, who lived in an abusive relationship.

“The United Nations states that we all have the right to work. Domestic violence and the legal system continues to take this right from me, many years after I left my violent ex-husband,” another woman wrote.

What happens next, Logie says, depends on timing, and whether the 10 members of the Justice and Electoral Committee are in agreement about what to do.

“While everyone in Parliament agreed to have the discussion, we’re not necessarily all on the same page about whether this should be voluntary or through legislation,” she said.

Some companies - including Vodafone, Countdown, The Warehouse group, ANZ, The University of Auckland and the GCSB - already have policies in place.

“I’m hoping the select committee can report back before the election so I know where everyone stands on it,” Logie said.

Submissions on the Bill close midnight Friday. You can make a submission here.