“This is what you came here for.” 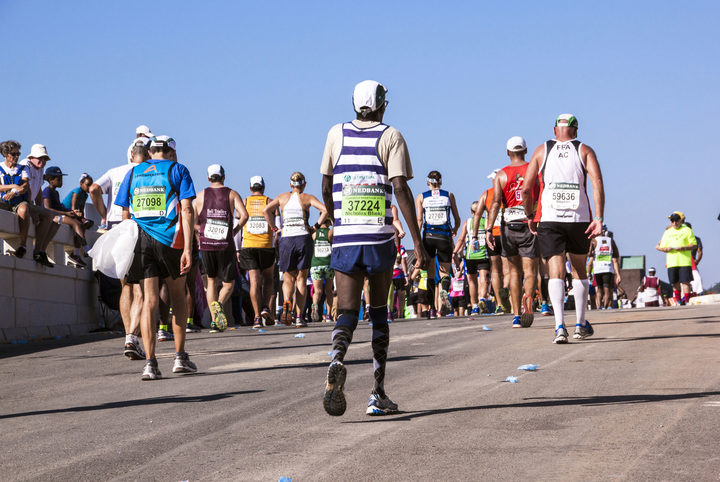 There aren’t many people keen to go for a three-hour run on a Saturday, or follow it up with a two hour run on Sunday, so Amy Smith usually ventures out of Wellington alone.

And that’s just the weekend.

For an hour each Tuesday, she runs up and down a hill ten times. On Thursdays, just a pleasant hour-and-a-half jog.

Persuading friends to run beside her is easiest on Thursdays. “I try to drag as many people along as possible … it’s like catching up over a coffee except you’re moving the whole time.”

The 25-year-old lawyer is off to South Africa in a couple of weeks to compete in the Comrades Marathon - a 90km uphill road race in sweltering heat and humidity beginning in Durban and ending halfway between the coast and Lesotho.

Comrades has been dubbed “the ultimate human race”. Established in 1921, it is also the world’s oldest ultramarathon. More than 20,000 people compete each year and the event is nationally televised. Eight people have died trying to complete it. For South African runners, it’s a rite of passage.

An ultramarathon is any footrace longer than the traditional marathon length of 42.1km. Crowds are sparse as many are held in rural areas and begin or end in small towns. That being said, the longest is a 5000km race around New York City over 52 days. 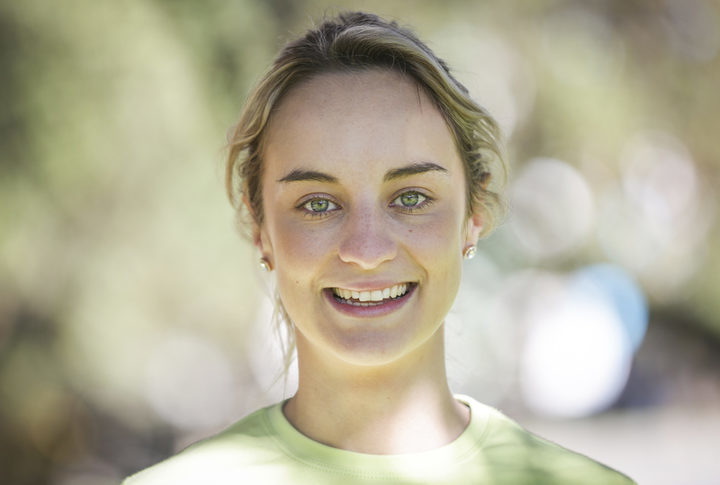 Ten years ago there were a dozen ultramarathon events in New Zealand. There’s now at least 25.

The highest profile New Zealand event - the Tarawera Ultramarathon - extends from Rotorua to Kawerau. People can choose to run a 62km, 87km or 102km course, but more than half opt for the full distance.

As race organiser, Paul Charteris, puts it, “the sport’s popularity has just mushroomed - everyone wants to run an ultra”.

Fergus Stewart, a 25-year-old junior doctor at Tauranga Hospital, volunteered in the Comrades’ medical tent during his final year at medical school.

He remembers up to 200 people coming through in a serious condition.

“It was a very hot day and a lot of the problems related to the heat. Some had heat stroke, dehydration, exhaustion, a lot people were shivering, there was a bit of diarrhoea too. Some people had to be rushed to hospital,” he says.

“When you put your body under that sort of stress a variety of different problems crop up.”

Ultramarathons are described as once being “the reclusive, funky-smelling cousin of traditional road racing” in a Washington Post article, but they are now the event du jour for long-distance runners. 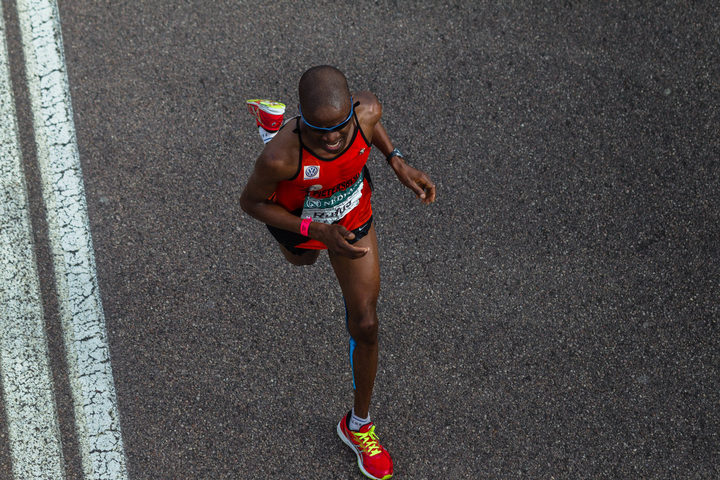 A runner battles the heat at the Comrades Marathon. Photo: 123RF

“Pretty much everyone looked exhausted and in rough shape when they crossed the line, but the joy and sense of achievement was clear,” Fergus says.

“I remember looking after a guy who was in his 70s who had just completed the race, and his grandson, who was also attached to a bag of fluids, came over and they embraced. It was amazing.”

A family friend of Amy’s did the Comrades once. “Her liver failed and she had to be rushed to hospital.”

She has heard some “horrendous stories” about the race. “I just hope I don’t become one of them.”

An American ultrarunning legend, Scott Jurek, once said of the pain, “this is what you came here for”.

In New Zealand, Wayne Botha is as close to an ultramarathon celebrity as it gets.

He’s a 44-year-old dental technician in the North Shore. He also holds the world record for the fastest barefoot 100km ultramarathon - 8 hours, 42 minutes and 11 seconds. “I’ll try to better that.”

“I remember seeing a man running barefoot in a race once and thought it could be something I could do as a personal challenge,” he says.

He previously held the record for greatest distance ran barefoot but was surpassed by an American runner three years ago (220km). “I’ll get that one back too.” 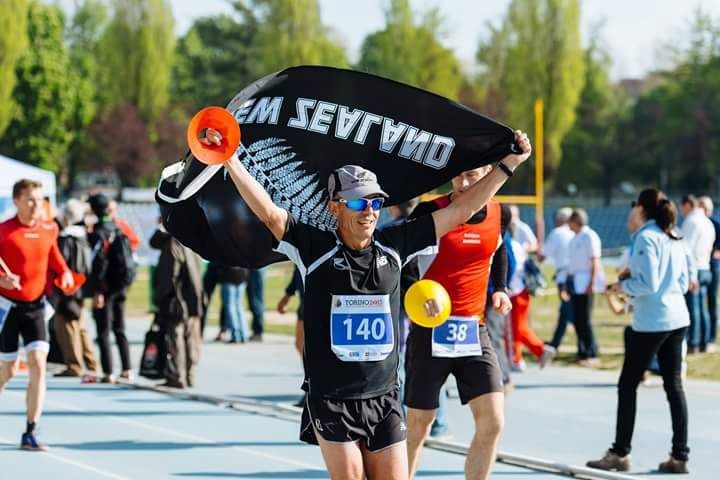 A couple of decades ago the marathon seemed the ultimate distance.

“Once I completed a few marathons I wondered ‘what now’? ‘What am i capable of?’”

His training is less regimented than one might imagine. Wayne tries to run about 100km each week and complete an ultra once a month. He eats whatever the hell he wants, too.

“I run with my eftpos card and stop off at the takeaway and eat whatever I can; usually lots of protein and fat and carbohydrates.”

“Your brain is so powerful and tries to trick you and you have to override it,” he says.

“Often you get a pain and it bugs you, but the more you run it feels like you can shift that pain and compartmentalise it. I often see someone in a race almost come to a complete standstill, but a few minutes later they come sprinting past me.”

The Comrades will be the longest race Amy has ever run, but it won’t be her first ultra. She did a 60km trail run in Wellington last year. “It was an emotional battle.”

“There were definitely dark periods when I asked myself ‘why am I out here, this is the dumbest decision I’ve ever made’, but when it ended at the top of Mt Victoria and I looked down and saw what I’d accomplished, it was worth it.” 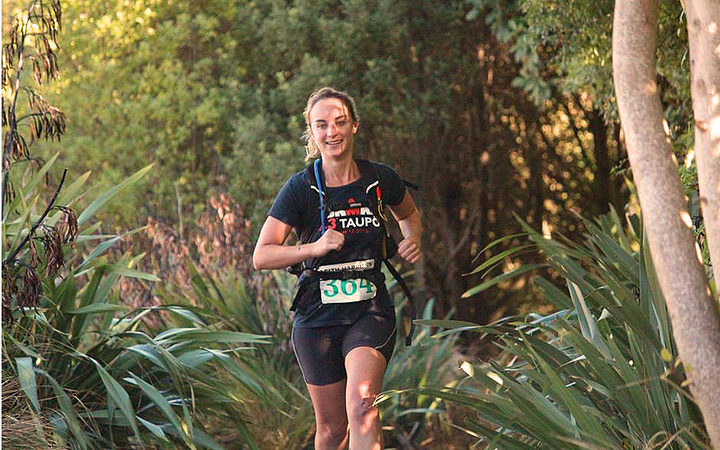 Amy Smith competing in a race in Taupo. Photo: Supplied

Headphones are banned at the Comrades. But that doesn’t bother Amy.

“I’ll have to make friends with some of the other runners. I’m relying on that.”

Ultramarathons feature aid stations along the route that provide water and food. They become more significant as the race goes on.

“Psychologically, they’re so important because it often feels like you’ve been running forever and your legs hurt and you haven’t eaten properly, so you set yourself goals like ‘I’ve just got to reach this next point and everything will be OK’,” says Amy.

Amy started running while studying at Otago University. It kept her distracted during a long distance relationship.

“I had lived in Dunedin for years but my running friend took me to so many cool places in and around the city that I had never seen before. Running can be a great way to explore.” 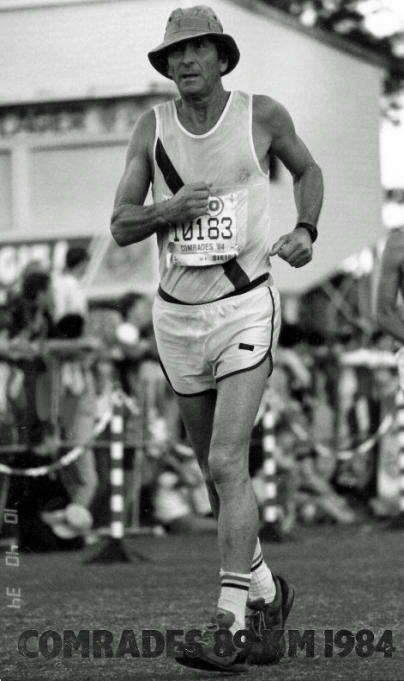 The Comrades means a lot to her. Her grandad did it at 60. “He had the race down to such a tee he had little notes hidden in his bucket hat that would tell him exactly where he needed to be at certain points.”

He completed the race 20 minutes before the cut-off time of 11 hours.

Her South African father and grandmother, and her Kiwi mother (her grandad has since passed away) will watch her run on June 4. “If you see people you know along the way, it gives you such a boost.”

Soon after signing up, Amy decided to fundraise for the Mental Health Foundation. She’s currently up to $3500.

“Some people say I’m crazy but everyone is so excited when I tell them I’m running 90km, I thought it would be a good chance to raise some money and awareness about mental health.”

A close friend of hers committed suicide last year.

“This is important to me and many others. I know for me, running can be a good way of helping me deal with my problems. It’s how I get rid of stress and blank out all the negative stuff in life.”

Seeing others tackle ultramarathons, some for the first time, inspires Wayne.

“The ultras are about bonding with a group of fantastic people wherever you run and I think you help push each other to your limits.”

The more he runs, the more he knows he can keep running.

“It's like anything in life - you've just got to hang in there and things can get better.”

For Amy, running is also, very simply, a challenge.