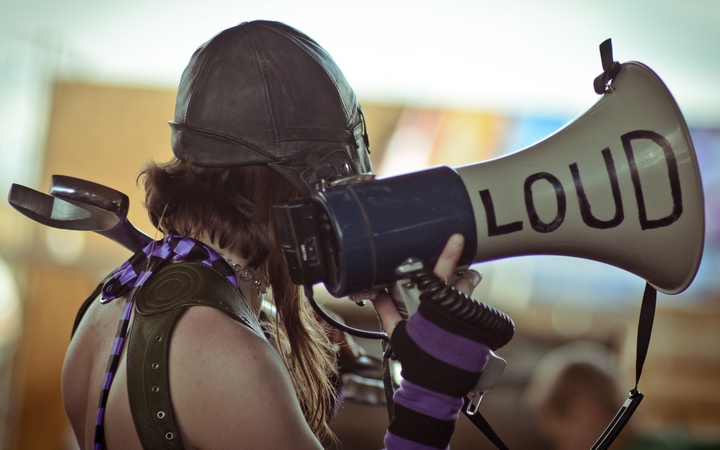 A group of high profile New Zealanders have signed an open letter warning freedom of speech is under threat in universities, but students argue they are always open to debate.

“Individuals, not any institution or group, should make their own judgments about ideas and should express these judgments not by seeking to suppress speech, but by openly and vigorously contesting the ideas they oppose, without discrimination or intimidation.”

Last month, a University of Auckland club that raised fears it was a front for white supremacists disbanded. It had used imagery that was seen by some as similar to that used by far right and white power groups and promoted the phrase "our pride is our honour and loyalty", a statement similar to the Nazi SS slogan, "my honour is called loyalty".

The European Students Association posted on its Facebook page threats and abuse had made it dangerous for it to continue.

The open letter was organised by AUT history professor Paul Moon, who specialises in New Zealand and Māori history.

Moon cited the closure of the European Students Association as an example to be wary of.

But the president of the Union of Students'​ Associations, Jonathan Gee, said students had simply openly contested the European Students Association’s ideas.

“My understanding is the Auckland University Students' Association didn't try to shut down that group, but did express their concerns and were open to having a conversation with the group's leaders,” he said.

“They were doing exactly what that open letter says and engaging in public debate and freedom of speech.”

Gee said in his experience, students were always open to inclusive debate.

“It's in the discussions and public debates we have in lecture theatres every day - we have, for example, debates about key policy issues that affect society.

“Universities have the responsibility to be the critic and conscience of society, but there’s a fine balance with protecting people from racial or other discrimination.”

The president of Victoria University of Wellington Students' Associaton, Rory Lenihan-Ikin, said a recent article in the student magazine Salient about "Western Guard NZ" - a group that had been promoted on campuses in New Zealand - exposed "horrendous racial slurs" on its Facebook page.

“That is not what free speech is and while here at VUWSA we support students’ right to explore, discuss and debate all topics, we do not endorse hate speech,” he said.

Paul Moon said the open letter was also prompted by issues at foreign universities, particularly in the US and UK, where lecture content was censored to make sure no-one is offended. 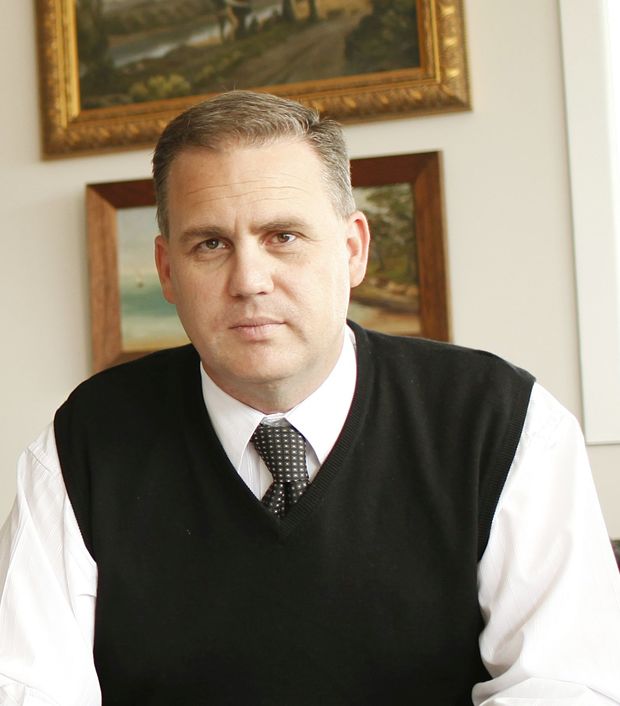 He said certain speakers were often disinvited, boycotts are imposed on academics because of their country of origin, and various forms of “bullying” are used to shut down freedom of speech.

“Our concern is that if you restrict free speech, this has a direct effect on freedom of thought,” he said.

“It is better to alert people about this threat before it establishes itself in New Zealand, rather than try to deal with the situation once such restrictions and the accompanying climate of fear have taken root.”

In February, the controversial and provocative media personality Milo Yiannopoulos was scheduled to speak at UC Berkeley in California, but the event was cancelled after mass protests erupted.

Some chanted peacefully and held signs reading “No safe space for racists”, while others became violent, destroying college property and attacking police.

Prime Minister Bill English said he had no concern about free speech in New Zealand universities.

"In New Zealand, I think we have pretty tolerant public discussion," he said.

"I think it's important that strong views can sometimes be expressed and in New Zealand I think we're pretty good at dealing with issues when they're serious." 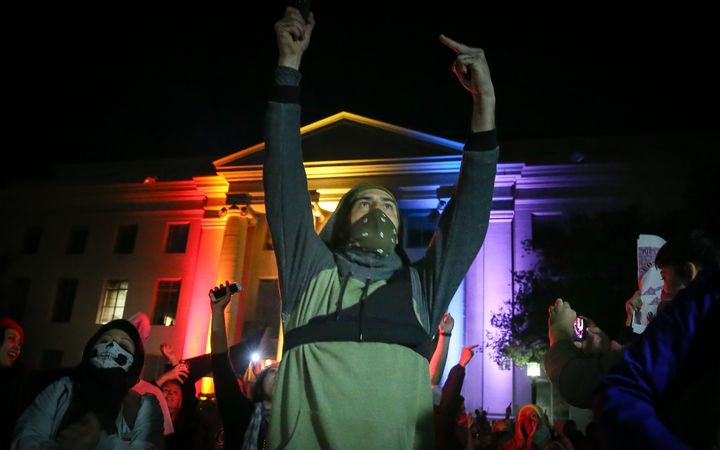 Protesters at the University of California at Berkeley were angry over a visit to the university by far-right speaker Milo Yiannopoulos. Photo: AFP

In January, speaking at a Holocaust Memorial at Makara cemetery in Wellington on the anniversary of the liberation of Auschwitz-Birkenau, Race Relations Commissioner Dame Susan Devoy said she wanted the Government to review hate speech legislation to take into account the way people communicate with each other on the internet.

"I think it's important people can have opinions and discuss things and we can agree to disagree. But once prejudice and hate enters the conversation then actually the debate stops,” she said.

ACT Party leader David Seymour responded by saying “suppressing people’s freedom of speech is exactly the kind of activity and behaviour that leads people to turn around and elect the Donald Trumps of the world”.

Responding to the open letter, an Auckland University science professor, Richard Easther, said on Twitter “I would be more worried about academics thinking in cliches than about any threat to free speech”.

The open letter in full:

Freedom of speech underpins our way of life in New Zealand as a liberal democracy. It enables religious observance, individual development, societal change, science, reason and progress in all spheres of life. In particular, the free exchange of ideas is a cornerstone of academe.

Governments and particular groups will from time to time seek to restrict freedom of speech in the name of safety or special interest. However, debate or deliberation must not be suppressed because the ideas put forth are thought by some or even by most people to be offensive, unwise, immoral, or wrong-headed.

Universities play a fundamental role in the thought leadership of a society. They, of all places, should be institutions where robust debate and the free exchange of ideas take place, not the forceful silencing of dissenting or unpopular views.

Individuals, not any institution or group, should make their own judgments about ideas and should express these judgments not by seeking to suppress speech, but by openly and vigorously contesting the ideas they oppose, without discrimination or intimidation.

We must ensure that our higher learning establishments are places where intellectual rigour prevails over emotional blackmail and where academic freedom, built on free expression, is maintained and protected. We must fight for each other’s right to express opinions, even if we do not agree with them.