No one wants to stand in a line. 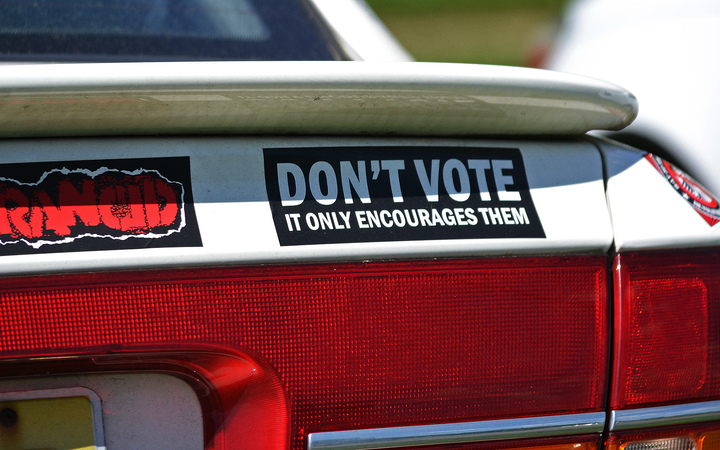 Voter turnout for under-30s at the last election was pretty dire.

And it wasn't particularly great in 2011 either, when only about 60 percent of registered 18-29 year olds voted.

Things seem bleak ahead of September, too. Only 65 percent of 18-24 year olds are so far enrolled to vote this year - that leaves more than 150,000 off the roll for starters. 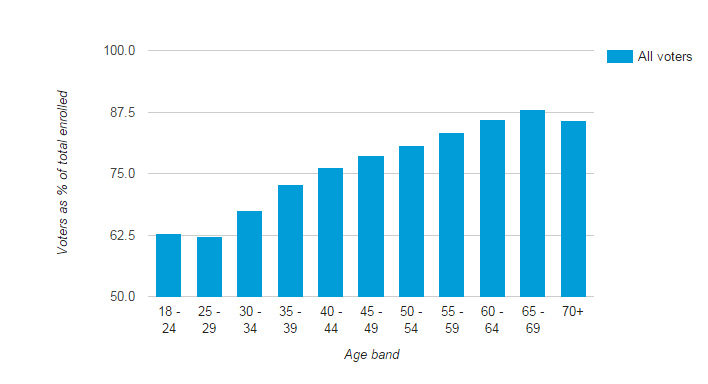 A breakdown of voter turnout by age in the 2014 general election. Photo: Graph: Electoral Commission

So what’s the problem? Are young people lazy and apathetic towards politics? Do they feel disengaged? Is the enrollment process too complicated?

We asked five disillusioned 20-somethings who didn’t vote in 2011 to tell us why, and what would motivate them this year:

I guess there are a couple of reasons why I didn’t vote.

I don't know enough. I've always believed knowledge is power - my vote would not be an educated one, or one that has any serious meaning behind it because I don't understand politics.

I don't understand MMP, or the difference between list MPs and electoral MPs.

I also feel disillusioned. I don't know if people are in politics for the right reasons? Especially during election year, there seems to be so much lip service and false promises.

It's easier not to engage than feel let down when MPs or local politicians don't deliver.

I suppose I would also say I am lazy - I’ve moved cities and haven't changed my address.

I am not sure how my vote can make a difference, and I guess a part of it is I’m just not interested in politics.

I would be more likely to vote if politicians were seriously looking to address issues that affected me, such as making it easier for first home buyers.

Most of my friends think I am a monster for not voting, and that by not discharging my democratic duty I give up my right to have a say in other ways (read: complain).

I think the greater sin is voting for someone or something I don't trust or believe in. 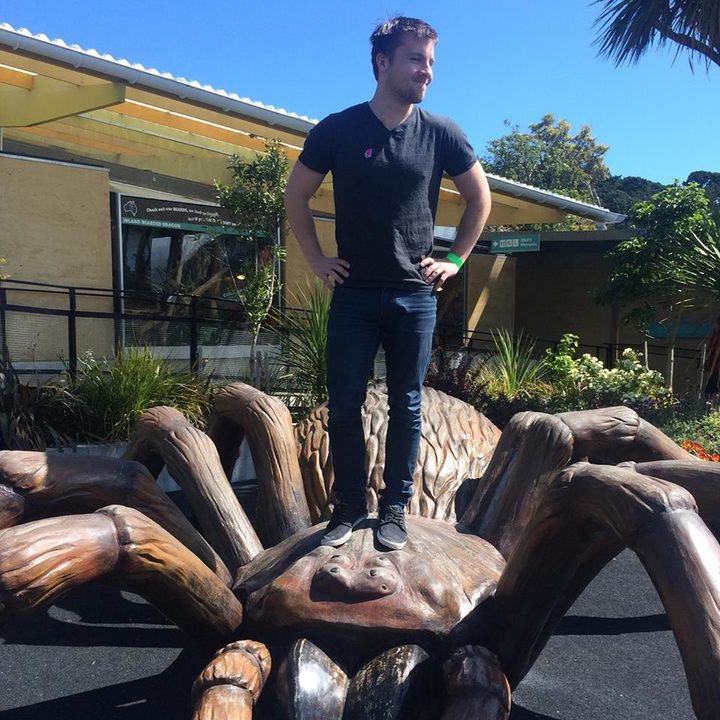 Shaun says he's been called a 'monster' for not voting. Photo: Supplied

I don't really think that withholding my vote will truly diminish the mandate of whichever party gets elected, but I do take some small personal comfort in knowing I didn't choose whoever is now reneging on election promises or ignoring the results of unwanted referenda.

What would it take for me to vote? I would need to believe that my vote for a particular party would actually have an impact on an issue that is important to me.

In terms of internet voting, anything that makes voting easier or more accessible is a good thing. However, it wouldn't have a direct impact on my likelihood of voting.

Usually I am a left-wing voter and Labour is my party of choice, but I am incredibly cynical and it is more of a token support.

When the 2014 elections rolled round, National’s support hadn’t seemed to ebb and Labour hadn’t done enough to differentiate themselves. I felt as though neither of the major parties had policies that affected me and none of the minor parties particularly appealed to me. 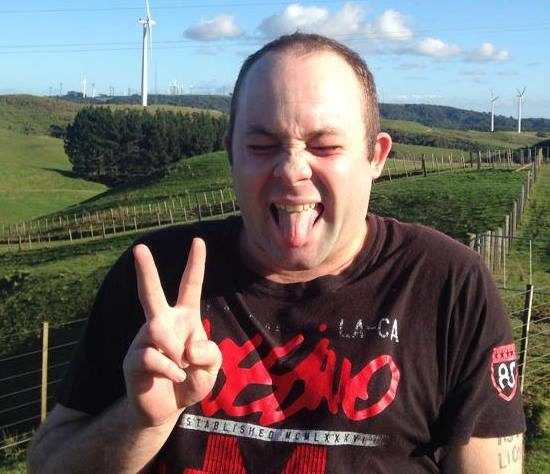 Rob says he internet voting would be a big motivation. Photo: Supplied

I don’t think I even noticed the election come and go.

I regret not having voted only in the fact that if everyone who thought they should vote, did, the outcome might not have been as stark.

However, Labour have since made what I see as positive changes in terms of moving back towards the left than they have in recent memory, and they are now a party I am happy to support.

I think if internet voting was implemented and it was secure, that would go a long way towards getting me to vote because it would (theoretically) be so easy. I would vote every time.

Internet voting seems inevitable and part of a long line of changes. MMP, universal manhood suffrage and women’s suffrage were resisted at first because they threatened the way politics is practiced and how parties maintain their power.

To be honest, I’m not sure exactly sure why I didn’t vote - it was a while ago now. 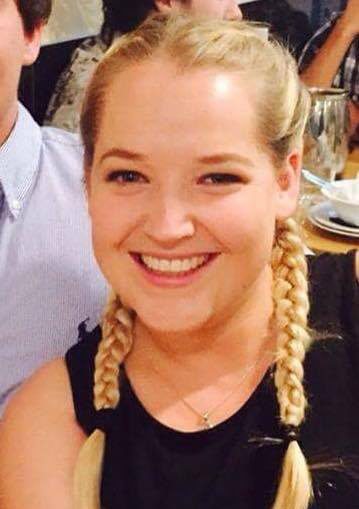 I didn’t really make the decision “I’m not going to vote today”, I just didn’t get around to it. But my not voting probably came down to a few reasons.

I had no confidence in any of the main political parties or their leaders, and the idea that a vote for a smaller party would be a wasted vote wasn’t exactly encouraging.
I wouldn’t say that I am apathetic, I definitely care about politics and the effect it has on my life and the direction that our country is taking.

However, you could call me lazy in that I couldn’t be bothered waiting in a line on that particular day - but I don’t want to cast my vote for someone who I’m not convinced has my best interests in mind.

Ever since I was at an age where I was able to vote, I have never once used that power to voice my opinion on who I would want to run the country and the parties that would assist them.

My reason for doing so is just a lack of caring, but at the same time, I’ve never felt that I could make an informed decision. I don’t know enough about the promises each candidate and their respective parties have made regarding how they would improve our country.

At the back of my mind I am always thinking, it’s just one person's vote, it won't change the final outcome. I feel like I am just an insignificant, single opinion among the millions of people in our country.

I also feel that the country seems to be running fine as it is, so there’s no need to get involved if I don't have too.