Just over a year ago, Jake Bailey was wheeled onto the stage at his high school prize giving. Days before, doctors had told him he had cancer. If he didn’t start immediate treatment, he’d die. 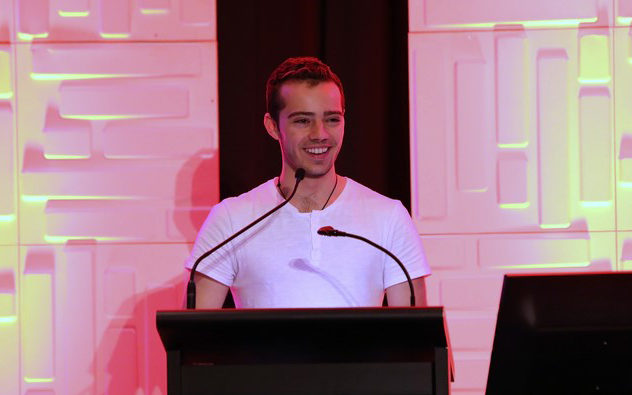 Against all odds, the former head student at Christchurch Boys' High School delivered a stirring speech that has since been viewed more than 1.7 million times.

Now, the cancer is in remission and Jake is focusing on using what he’s learnt to inspire and uplift others.

I spoke to the inspirational teenager about life since his cancer diagnosis.

Edited for clarity and brevity

If you could pinpoint one major difference from a year ago and now, what would that be?

I think the biggest difference for me is my outlook on life and the way that it’s changed the way I view the world around me.

I’ve definitely become a lot more appreciative of the small things. I get a bit of a hard time from my mates about it because it does make me a little bit of a granddad, sitting back and talking about how you appreciate all the small things.

Sometimes I’m not sure if all the elements are that great. You know, at this stage in life, you should just be enjoying it and living it and not really thinking about matters as serious as your own mortality and how delicately balanced your world is around you.

Yes, that’s true and I guess some people would find the realisation of their own morality quite disheartening and not want to do anything.

I always say when I do public speaking that I’ve got the job of standing up and being incredibly morbid about life and it can sound really terrible but, at the end of the day, it’s not. It’s a lesson to go out and live each day to your fullest with passion and pride because you’re able to.

I definitely find a lot more joy in the things that I do now simply because I know I might not have been able to do them.

It’s brilliant to focus on what the disease gave you rather than took away. Is there anything else you feel you gained?

I think it’s given me an appreciation for other people’s difficult lives, particularly other cancer patients because I was always acutely aware of the fact that there were others going through the same thing I was but who wouldn’t have such a good outcome. Or people who have been going through it much longer than I have, people who have had three years of chemotherapy. I’ve met kids who are seven, eight years old and their foreseeable future, almost a third of their lives, is going to be taken up with chemotherapy. You’ve got to think about the impact that’s going to have on their schooling and their family.

LISTEN: Jake Bailey talks with Kathryn Ryan about his year

What was going through chemotherapy like for you? Do you remember how you felt at the time?

I did it for three months from October to January.  I had a number of impacts on my body as it does for everyone.

The easiest way to describe what it was like is kind of like having a really bad hangover that lasts for about three months. It’s kind of the only thing I can compare it to because I haven’t experienced anything like it before or since so I think it comes closest to having a shockingly bad hangover or that feeling when you have the flu and you know your body is fighting really hard.

But it wasn’t necessarily as grim as people might think it was. A lot of the time when I was having chemotherapy, I didn’t feel particularly bad. I sometimes would have a bag of chemo pumped in and it didn’t hurt and there wasn’t any immediate impact – I wasn’t suddenly nauseous. You just had to take it as it came.

I imagine your family were so important during that time.

I had huge amounts of support from my family. My parents split when I was younger so I had family on both sides there to support. I had my girlfriend who was an amazing all the way through the process as well along with some mates, too.

I think one of the biggest support networks for me was the staff at the hospital. The nurses, in particular, were astounding in their level of care; not only the work they did but the way they went about it. If you were feeling sad, they’d come sit in the hospital room and have a chat with you. That was a really special bond. I was always so grateful to them.

How is your health now?

I’m pretty much back to 100 percent which is fantastic. I still pick up colds and things a bit easier than in the past because my immune system is back normal and won’t be for some time.

The cancer is in remission which basically just means there is no cancer in my body. They can’t say whether it will come back in the future or not, but hopefully not.

That speech at your high school seems to have launched a lot of what you’re doing now. Do you still watch it or is it something you don’t like to view?

I’ve watched it a handful of times. Probably no more than four times. I mean, it’s fine to watch – I find it quite interesting because it’s a very different perspective to what I had then. I was really feeling unwell at the time; really nauseous, really tired, really out of it. My perspective was being wheeled out onto the stage into incredibly bright lights; I couldn’t see the audience or anyone around me. My ears had popped because of the funny things chemo does to your blood vessels, so it was like having water in your ears and I couldn’t hear myself.

I find it entertaining to watch in the sense of how far I’ve come since then and seeing a different perspective to it.

It sounds like it was as if you were talking to yourself in a bubble!

Your plans since then must’ve changed quite a lot. What did you think you’d be doing after high school?

Prior to the diagnosis, I was planning to go to Auckland University and do a double degree in commerce and law. That was all set up, I had my place accepted and had sorted the hall [of residence] and all that.

I realised a couple weeks into chemotherapy actually, that wasn’t going to be happening this year. I was under the impression that I’d do the chemo and be off to university and thank goodness it happened in that time between the two years. But my life is very different to that. I’m based in the Gold Coast currently, which is fantastic because it’s really good for my body – it’s warm environment which is pretty conducive to staying well and it’s laid back, low stress.

I do public speaking fulltime, mostly back in New Zealand. I fly back about once a week or so to do speaking engagements for schools, fundraisers, charities or corporate events. It’s fantastic, I really enjoy it and it’s given me the opportunity to meet some fantastic people in my travels and that’s something I’m really grateful for.

I’m working with the Māia Health Foundation back in New Zealand, along with Brendon McCullum and Bic Runga. They’re doing some amazing work for the Canterbury health care system which is something I’m really passionate about.

Over in Australia, I work with Tour to Cure who raise money for cancer research. Through the money they’ve raised, about $5.5 million last year, they’ve had about 18 major breakthroughs in cancer research.

And I hear you’ve also got a book and a movie on the way?

After the book, movie, and public speaking gigs, do you worry about what there’s left for you to do? Do you think you’ll still want it share your journey through cancer?

My story is nothing to do with cancer really. My story is about the people I’ve met, about what they've taught me. It’s not about the cancer itself, it’s about the accelerated learning that I’ve experienced as a result. I’ll continue to share what I’ve learnt, be it about cancer or life.

I’d never let the cancer be my defining factor. That’s the very last thing I want.