Questions, uncertainty and trying to feel normal when there’s been such huge upheaval. Chessie Henry on how her family's life has changed after losing their home in the Kaikōura earthquake. 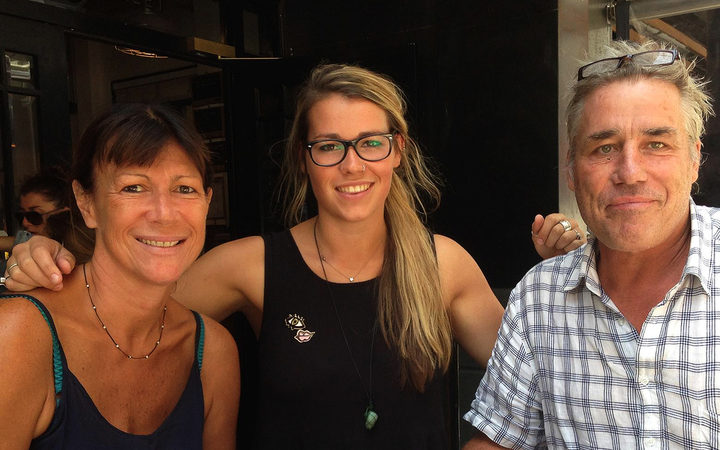 What happens now? That was what we all wanted to know, in the days following the Kaikōura earthquake. Cut off from our home, we spread our worries across the table like maps – questions forming slowly, at first; then all at once.

How do we finance this?

How long will it take for EQC to reach our property, when there’s no longer any road to get there?

What if we’re not red-stickered? What if we are?

We sat around in Christchurch, seeking refuge with our friends and family who had been through it all before.“I’m not trying to be depressing,” said one, “but to be honest – we’re only just making progress with our house now. And that’s six years on.”

We tried to process that – years of limbo hovering out before us, a tightrope we ourselves now had to walk. My dad works as a GP in Kaikōura, and in the weeks following the quake could only get between work and his family via helicopter, staying in a motel in the days he was needed at work.

Eventually he was able to join us for a week in Christchurch  –  an emergency response team having taken over the Kaikōura Hospital. Dad was told very firmly to be with his family – enough dangerous lessons had been learned in the Christchurch quakes, where many medical professionals had apparently burnt out from the stress of the aftermath.

All we could do was wait and talk. My brothers discussed logistics; how we might get the car out, where we would live over summer. My mother had her own, quieter questions.

“What about the plants?” she wanted to know. “What about our things, now that windows don’t shut?”

Sitting here now – back in Wellington, my life carrying on despite how I feel – it seems impossible for me to write about the last month, and not be writing for my mother. I carry her around with me – a heavy feeling, a sadness I can’t explain when people ask me how I’m doing.

“What does your mother do?” people sometimes ask.

I tell them she’s a mother, and a writer – because you would only have to read her emails to know that. I tell them she looks after my disabled brother Rufus, a person she has backed with more love and fierceness than it’s possible to really describe. “And me,” I laugh. “She still looks after me a lot too.”

Clarence is miles from anywhere. “Does she get lonely up there?” my friends wonder, as we rush about our busy city lives. I think about it – the many days and nights spent alone while Dad is working on call at the hospital; the specific quietness that seems to only come when you’re surrounded by empty hills.

Dad told me about meeting with farmers from north of Kaikōura who literally cried in front of him, heartbroken at the devastated land they were faced with ...

What can I say? Of course she gets lonely. But all that time, it was worth it because she was building something – the kind of thing that takes years, endless time spent planting and growing and painting walls. Our home was her project, one that required daily physical labour and constant patience, her personality blooming across it like a birthmark.

Walking along the beach in Christchurch one day with my father, I asked him why exactly the Kaikōura Hospital was still so busy. Surely it was one business that could go back to normal relatively quickly, all the quake injuries presumably long ago resolved?

He looked at me in surprise. “Well,” he said, “now it’s mental health we’re worried about”.

He talked about the relentless and growing pressure in Kaikōura, as it becomes increasingly clear to the locals how far off any kind of resolution will be. Emotional and financial stress is causing cracks to appear; sleepless nights, fractured tempers and anxious parents. The sense of loss is different for everyone.

Dad told me about meeting with farmers from north of Kaikōura who literally cried in front of him, heartbroken at the devastated land they were faced with – most of them knowing they will never see the damage fully repaired in their lifetimes. While I mourned the loss of my old familiar home, so many people – my mother included – were also mourning the loss of their life’s work.

My mother had found our home in Clarence after a very different, now-distant time of family vulnerability. In the beginning, she lived there by herself, determined to claim back some much-needed independence. But she made a space for us there – a space where gradually, we could start to heal. Slowly, after years had passed, my parents started their relationship anew. They began gardening; working silently alongside each other as they leveled out the rocky ground, waiting for things to grow again.

The house needed a lot of work, and my mother made her way slowly around every room. Doing up a house on a budget isn’t an easy task – but for my mother, who cares so deeply about home-space, each little progress was an affirmation; a map to show exactly the kind of person she is. Once, when I was younger, she spontaneously let me paint all over the kitchen doorframe; wild orange and yellow swirls that swam up the wood in a clumsy sunrise. “It’s our house!” she said to me, smiling. “We can do whatever we like to it!” 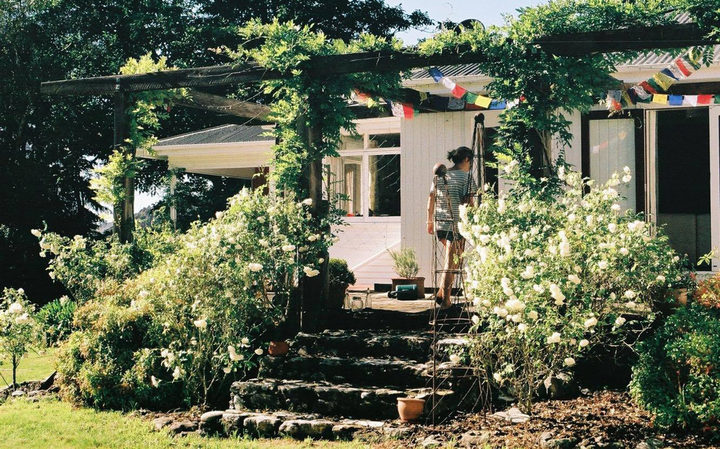 To have that suddenly taken away was a frightening loss. Carefully cultivated routines for Rufus have been abandoned, the job that Mum had spent so long negotiating for him put on hold. She left the house with only what she could carry, and the thought of the rest of it sitting up there – a lifetime of collected memories – has left her feeling helpless. When we were discussing it later, a friend of mine called the whole experience a “psychological earthquake”.

I knew what she meant – and after my Dad, siblings and I returned to work, Mum was left alone with that feeling, waiting for news in the little flat we had been kindly lent in Christchurch.

She called me one morning in despair, describing how she had woken up, only to realise she had nothing to do and no one to plan with.“I’m scared I don’t know how to be positive with this one,” she told me. “I don’t have a purpose anymore.”

There’s no denying it’s a difficult road ahead – one we share with hundreds of other families who feel lost and displaced ...

I am deeply aware that we are just one family – one of a multitude that had been shaken to their core. Like my mother, many of our neighbours are also struggling with how to be positive; how to sit tight and stay calm, despite feeling desperate for answers.

But, like any grief, all we can do is try to carry on. To take the outpouring of love we have been offered by friends and family, and trust that we won’t be in this limbo forever. I am surprised – as I always am in times of hurt or sadness – how crystal clear my priorities become. And I am grateful for that reminder – for the way situations like this are able to show you so deeply what you care about.

My parents stopped by Wellington recently on a drive up north. They decided to continue with the family holiday we had planned – for morale more than anything else. My brothers will follow behind them next week, and myself just before Christmas once work breaks up for the holidays. I sat with my parents in the sun in Waitangi Park, drinking bubbly to celebrate the end of my Master’s degree. We grinned at each other, our worries momentarily suspended by this one small moment of genuine happiness.

We’ll be OK, of course we will. But there’s no denying it’s a difficult road ahead – one we share with hundreds of other families who feel lost and displaced, spending their nights in unfamiliar bedrooms, fearing for days to come.

I don’t know when we’ll have the answers to our questions, or when we’ll next be in a place that really feels like home. As the media attention on Kaikōura dies down – and reality begins to sink in – all we can do is wait, and hope like hell some good will come our way soon.

Gratitude is good, perspective is good, plans are good. Acknowledging each other’s grief  – in all its different forms – is crucial.

We talk about Clarence a lot. The grass will be long now; no one there to check on the little trees we planted. It’s a helpless feeling – but at least it’s one we can share. So we sit tight, and we try not to panic – and we all feel a little more grateful for each other this summer. We’ll try to catch every one of those small moments of happiness – as we always will, however the process pans out.