Salmonella Dub’s Andrew Penman on what the 7.8 earthquake has meant for the band’s spiritual home. 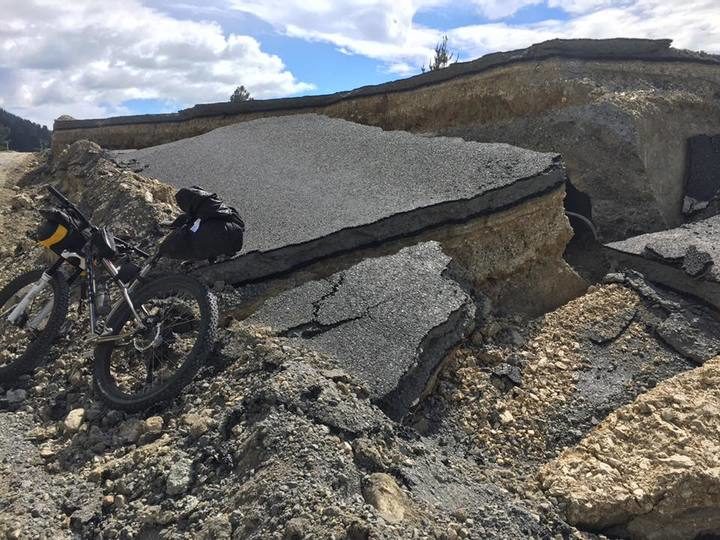 Kaikoura was left devastated in last Monday’s earthquake and the economic impact on the region's tourism and fishing industries will be felt for a long time.

But there is also a thriving artistic community in Kaikoura and musicians, in particular, have been inspired by the rugged country and stark landscape to produce some of New Zealand’s most unique and inspiring tunes.

Salmonella Dub have worked out of their studio there since the early 2000s. It’s spawned a Shapeshifter album, Dallas from Fat Freddie’s Drop has done solo recording there, as well as international bands like Jon Butler Trio.

Andrew Penman from Salmonella Dub said this weekend he was still unable to get into the studio, though he reckons they’ve been lucky.

“We got off surprisingly lightly, we’re on top terrace of the Hupuku Plain, right on the fault line and we seem to be ok. I’ve only got sketchy details because we can’t get in, but my property manager said there’s a large sinkhole north of the Hapuku Ridge and there’s a fissure crack round factory road,” he said from Nelson, where he's staying.

“And of course everyone is now watching the slip that’s closed off the Hapuku River. There is a 150-foot wall which is building up a bit of a lake behind it, apparently.”

The band moved to Kaikoura in the peak of their touring days, in about 2001, to get away from Christchurch. Penman said they negotiated a block of land with a farmer over a bottle of whisky. “Of course, he considered it the worst bit of land on his dairy farm, but it was probably the nicest bit of land for us.”

Penman studied the geography of the region at university and it’s been a huge source of inspiration. “For me, it is our landscape that shapes us culturally. One of the big attractions in Kaikoura is that magnificent landscape - and the cultural history pre-Te Rauparaha.

Fifteen years ago, Salmonella Dub recorded a song called Platetectonics and the title came from a discussion with a good mate who lived in Kaikoura. The idea helped them come up with the album title, Inside the Dub Plates, he says.

“Having studied the geology and geography, understanding the plate tectonics that have shaped this island, we kind of knew something would come one day, but you can never be emotionally prepared.”

Penman, who hasn’t been able to reach the cut-off town as yet, said he was looking forward to getting back and doing what he can to help.

“I know that everyone down there will be looking after each other and sticking together, and I wish them the best. I kind of wish I was there to help. I’ve got friends there that are out of supplies.

“From what I understand the town has been out of cash, out of petrol, food’s rationed. We’re fortunate that we’re on a rural property so we’ve got our own water and septic tank but there are many in that community, so as soon as the road reopens I’ll be heading down there with some basics.”