“I was just trying my best for the city that I love.” 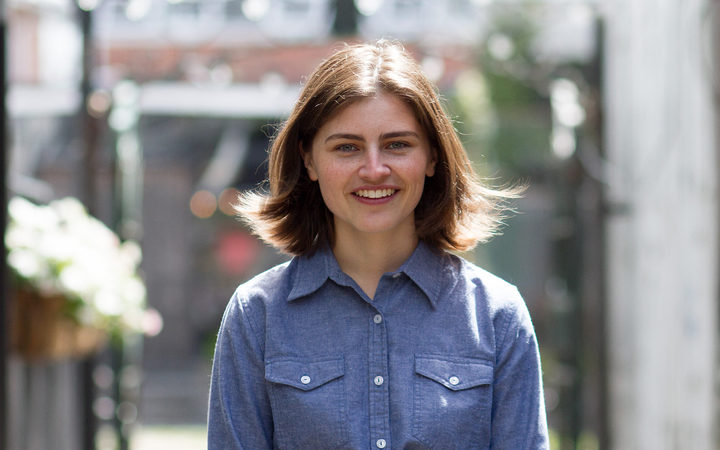 “They’re up!” someone shouts.

Chlöe Swarbrick is with her supporters in the sunny courtyard of a Ponsonby bar when the results of the Auckland Council mayoralty are announced. There’s punch, DJs and some festive floral decorations; it feels more like a friend’s birthday party than a post-election gathering.

At 22, Chlöe was the youngest candidate in the race for a city with an average age of 35. She tried her darndest to inspire Auckland’s disengaged and disenchanted to give a shit about local body politics.

With the help of a few close friends and followers, she ran her campaign on just over $7000 – about $500,000 less than her closest competitors. She swapped billboards for t-shirts, and television ads for town hall bookings.

If voting had been based on social media following, she would have won hands down. Her Facebook campaign page has nearly 5000 more likes than Phil Goff and more than twice as many as Vic Crone.

Whether or not Chlöe’s campaign has had anything to do with it, the voter turnout has increased this year, if only slightly. Turnout currently stands at 36.5 per cent, but special votes are yet to be counted, and Chlöe is expecting to see her name ticked on a large majority of them.

It just didn’t make sense to me how Auckland Council could represent the city when 66 per cent of people didn’t even vote.

“I’ve had messages from people who have enrolled to vote, just so they can vote for me, and I turned a lot of people around.”

Chlöe says she used to reject any notion of entering politics because she felt she could do more by influencing it from the outside.

While reporting on Auckland’s housing crisis and transport woes earlier this year from student radio station 95bFM , Chlöe’s producers suggested she run for mayor “as a bit of a joke”. She looked into it and found that in the last local body election only 34 per cent of Aucklanders voted.

“It just didn’t make sense to me how Auckland Council could represent the city when 66 per cent of people didn’t even vote.”

She waited for the standing mayoral candidates to address the low voter turnout, but no one did. So she decided to do something about it.

“The thing that really spurred me to enter this race was that 34 per cent.”

Her campaign started on almost nothing but encouragement and support from a small but dedicated clique.

“At first we didn’t have a strategy, and that kind of sounds awful because I know that’s how Donald Trump’s campaign runs, but I obviously didn’t have the resources or the networks to create a huge campaign that would infiltrate heaps of people’s lives.

“But it became a lot more professional and politician-esque, especially after the release of my policy, and I think that legitimised me in a lot of people’s minds.” 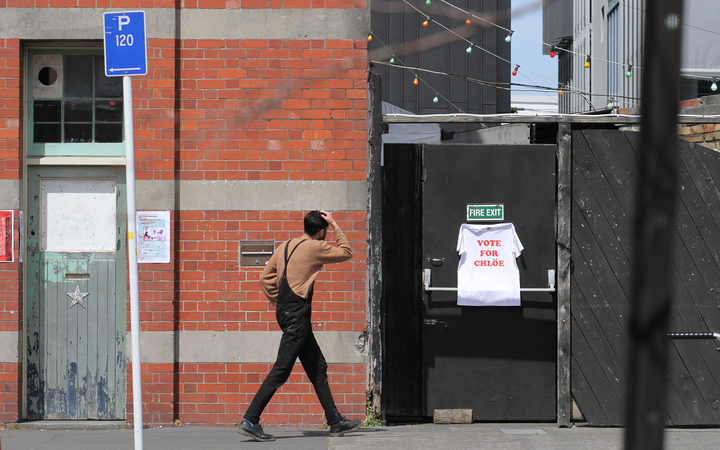 Chlöe Swarbrick used to reject the idea of getting into politics. Photo: Luke McPake/The Wireless

That might have been a turning point, but getting media coverage throughout her campaign was a fight.  “The Herald published a 22-page spread and only gave me two lines, and The Spinoff didn’t touch me for ages,” she says.

But she never doubted what she was doing.

“I wanted to do this is in a very genuine and honest way … A lot of people didn’t know what to do with me and a lot of people hated me, especially at the start, because they thought I was doing this as some big publicity stunt.”

Chlöe doesn’t own a home, she takes public transport and she’s in $43,000 of student loan debt. “I’m not just some rich kid from Epsom. I’ve had no financial support since I was 17,” she says.

I credit him hugely for who I am - he taught me to think in a different way. We would spend hours talking and arguing about politics from [a young age].

Between running her campaign and businesses, it’s surprising the 22-year-old has had time to breathe in the past three months.

“The secret is coffee and support – oh, and Alex,” she says.

Chlöe met her boyfriend, Alex Bartley Catt, on their first day of university in 2012 after she “dropped out” of Epsom Girls Grammar a year early to attend the University of Auckland with discretionary entrance.

She describes Alex as the reason she can do everything, but says he prefers to stay behind the scenes. “I will just do things, but he looks at the practicality of doing things. He deals with the details – I don’t do details.”

Alex, who lives with Chlöe in an apartment off his dad’s house in Mt Eden, says the pair do make time for each other, but she will often work 16 hour days. He describes her as having “a bandwidth that no one else really has”.

He admires that she does things for the betterment of others and for a greater cause than herself,  saying “she’s never had interest in going straight for money or fame”, but supposes the motivation behind her candidacy is “kind of an abandonment thing” which gives her a drive to prove herself.

The couple travelled to Spain last year to meet Chlöe’s biological father, whom she tracked down after seven years of googling.

Family life hasn’t exactly been nuclear for Chlöe who learnt at the age of 13 she had been adopted by the man she knew as her father, Paul, when she was just two-years-old.

“It was pretty crazy, but I’d always known in some sense – I look quite different from my father.”

She has since established a strong relationship with her biological dad, but attributes her political fervour to Paul, who she describes as her biggest critic and friend.

“I credit him hugely for who I am - he taught me to think in a different way. We would spend hours talking and arguing about politics from [a young age].” 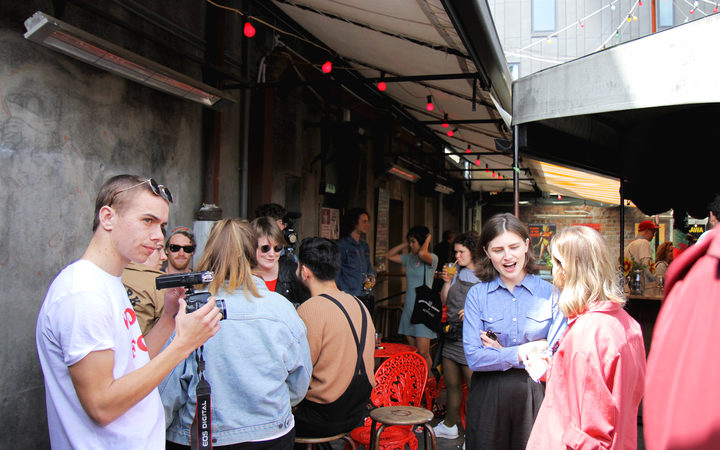 After the results are announced, Chlöe looks slightly disappointed, standing amongst the crowd. But if it’s not her, she’s glad it’s Phil.

“He will make a great mayor. I just hope he’s ready to make the hard decisions necessary to seriously progress Auckland,” she says.

I now feel like I have a platform where I have a responsibility to people.

Phil thinks pretty highly of her too.  The newly appointed mayor has said he would have voted for Chlöe - if he wasn’t voting for himself.

“I think I’m happy. I wasn’t really prepared for whatever [the result] would be and that’s because I came into this with no expectations. I was just trying my best for the city that I love.”

She’s not discounting running for mayor again. But for now, it’s back to business as usual - digital marketing and doughnuts.

“I feel like it sounds so lame to say [the campaign] has made me stronger, but it really has,” she says.

“I now feel like I have a platform where I have a responsibility to people. There will be a lot of variables that inform my decision, but I don’t want to disappear.

“I want to change something.”