When Rachel* first moved into her Mt Eden flat, she was woken up at 3am by the sound of large rats running through her ceiling.

Her room smelt of rust and damp - to the extent she couldn’t sleep in it for a week. Water dripped from her light bulb when she switched the light on. It had been leaking through her ceiling for months.

“I knew it wouldn’t be paradise, but there’s a basic level that’s required by the law – that’s what I expected,” she recalls.

A quick tour of the flat reveals dark mould growing on shelves, the shower and the carpet. 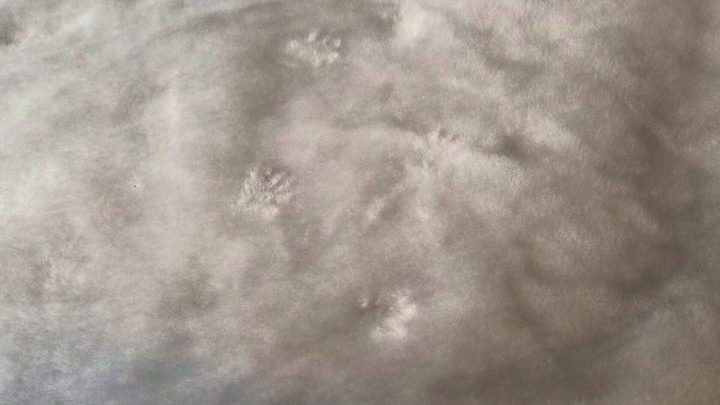 The rats in the ceiling have learnt to sprint across the kitchen floor and hall in search of food.

“Our landlord didn’t outright refuse to do things; he’d just drag his heels and make false promises all the time,” Rachel sighs.

“I went to the University Accommodation Advisory team, and Citizens’ Advice, but it the end it just became too hard to mount a case or get a work order – there were too many steps to go through.” 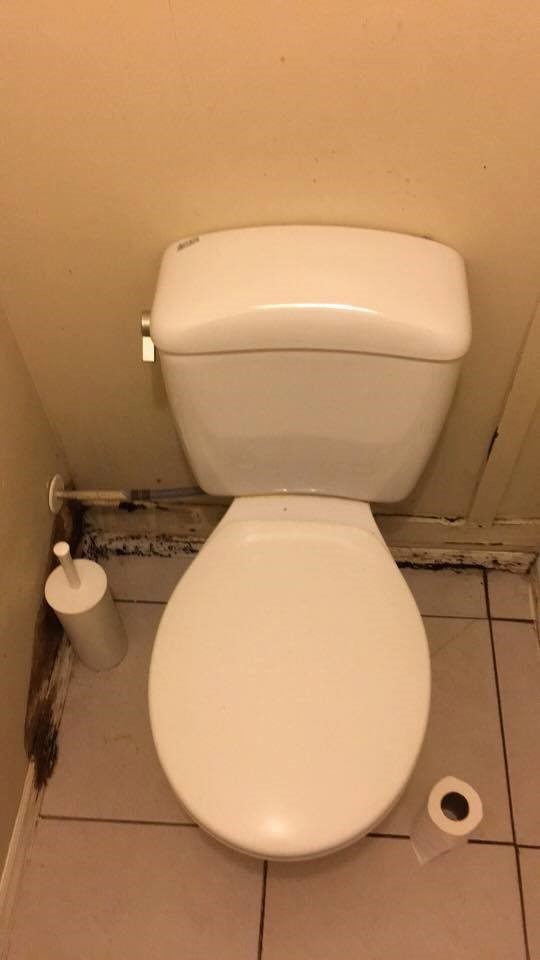 Today, however, the flat is looking a lot better.

Rachel painted the whole room, plastered the walls, and got the carpet cleaned professionally (all at her own expense).

But it’s still a cold, damp, and unappealing place to live – and costs $840 a week in rent between Rachel and her five flatmates.

“We can’t afford to pay more,” she admits.

Worried about what her landlord would do if he found out about this story, she requested to use a fake name.

“They’re buying our silence about the condition of the house with the promise of cheap rent,” she says.

“But we can’t continue to be expected to live like this.”

When one of Rachel’s flatmates heard that the New Zealand Union of Student Associations (NZUSA) was requesting pictures of dodgy flats for a presentation, they didn’t hesitate to send one in.

Her flat – amongst a dozen others from around the country – was shown to MPs on the Select Committee on the Healthy Homes Bill, to visually demonstrate the quality of flats students are often forced to live in from their incomes.

The presentation was the brainchild of NZUSA President Linsey Higgins. She offered cash prizes in the form of Prezzy cards to students who sent in pictures of their homes.

“Often when people talk about water running down their walls, and mould being everywhere in their house, it’s often really powerful to see what that looks like,” Higgins explains. 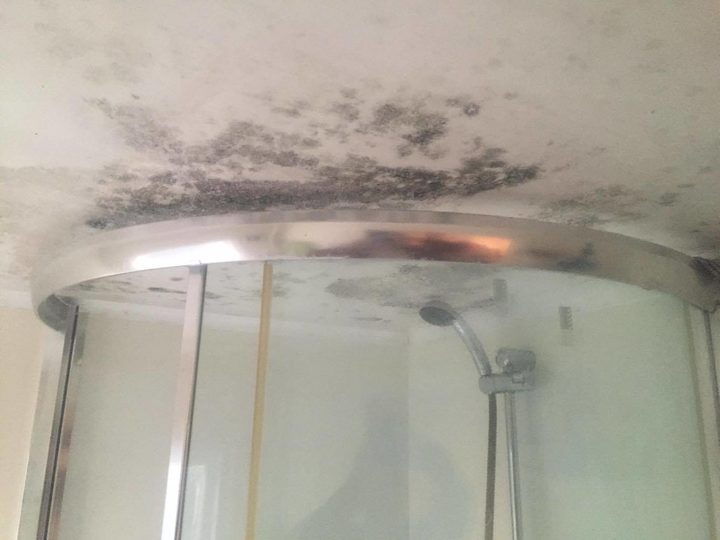 Higgins recalls cross-party reactions of horror from the MPs when she presented the photos to the committee.

“Some of the pictures were pretty appalling. There was a really strong emotional reaction.”

“It helped get our message across about that lack of choice – you know, no one wants to live in these properties, they’ve just got no other option.”

Students having no or too few options when it comes to housing is something Higgins sees time and time again.

She’s one of a growing number of students who believe they’re paying far too much for low-quality housing – and are trying to fight back against it. By running the competition, she hoped to visually convey the urgency of the situation to MPs.

“We believed a picture would tell a thousand words, in this case... students are vulnerable and disempowered.”

Rory Lenihan-Ikin is another such student who’s fighting back against the low quality and expense of student housing.

“The living costs loan from Studylink is less than my rent for my room for a week,” he says.

“So when that whole source of income is eaten up in terms of what you can borrow – and every other bill comes from a job on top of your study – it’s a major issue of hardship.”

In 2014, 44 percent of all students in an NZUSA income and expenditure survey reported they did not have enough income to meet their basic needs – despite many having living costs loans of $175.86 a week, and, on average, working 14 hours weekly in part-time jobs.

The Community Pantry gives out the absolute basics in a food parcel – canned food, toothbrushes, soap, and $10 vouchers for a fruit and vegetable market.

While these items may seem universally affordable, Lenihan-Ikin has noticed a massive increase in recent applications. He pulls out a graph of recorded usage over the past three years.

The jump in applications for 2016 is clear.

“In the month of April-May 2016, we issued 125 food parcels – the most we ever have done. When you consider how few students know our services exist… it shows how bad the problem is.”

Lenihan-Ikin doesn’t see the demand for the parcels slowing down anytime soon.

“We don’t want to have to give people the basics … but they can’t afford them.”

“Students are paying astronomical amounts for flats that are cold, damp, and making them sick. Houses should have the basics that make them safe – insulation, ventilation, and heating.”

Andrew King, chairman of the New Zealand Property Investors Federation sees things differently. He says student housing is “pretty much” going to be of a poor standard, due to students’ low incomes.

“If students want better accommodation, they can choose this, but it will of course be more expensive. Many students prefer a cheaper rent to a property with all the mod cons.”

“I had a dingy student flat, and I loved it,” he says. “Cheap rent; and the landlord wasn’t concerned about the state of the carpet.”

He advises students who have issues with their rentals to speak to their landlords, to negotiate property improvements and to take repair matters to the Tenancy Tribunal if they’re not resolved.

“The Residential Tenancies Act still states properties have to be in a good condition, even if they’re cheap,” he says. 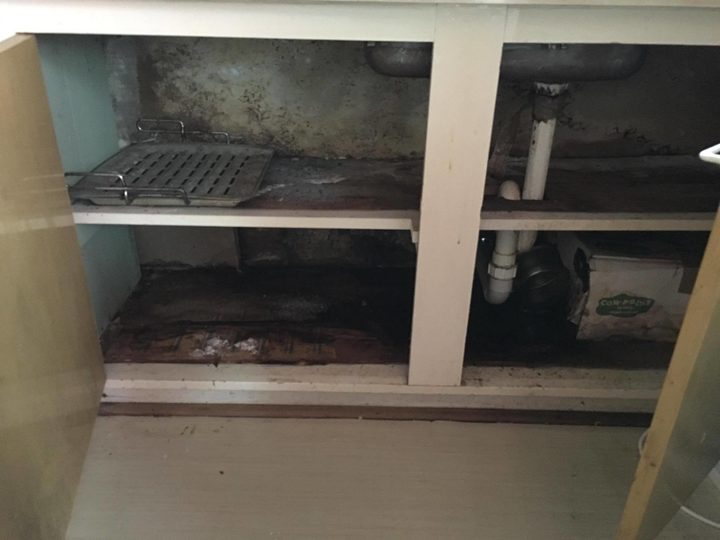 Yet for students like Lenihan-Ikin, attitudes such as King’s aren’t good enough.

On top of providing the Community Pantry service, he’s undertaking a VUWSA campaign - called Student-Friendly Wellington – to call for Council action to personally ensure all rental properties in Wellington are warm and safe.

On the campaign’s website, he publicises information on candidates for the Wellington City Council elections who’ve pledged to do everything they can (if elected) to introduce comprehensive rental WOFs.

So far, five of the eight Wellington mayoral candidates - Jo Coughlan, Nick Leggett, Justin Lester, Nicola Young, and Andy Foster -  have agreed to try to implement the proposals if elected.

"Having access to decent, safe housing is a human right,” Lenihan-Ikin says. “It shouldn’t be determined by someone's income."