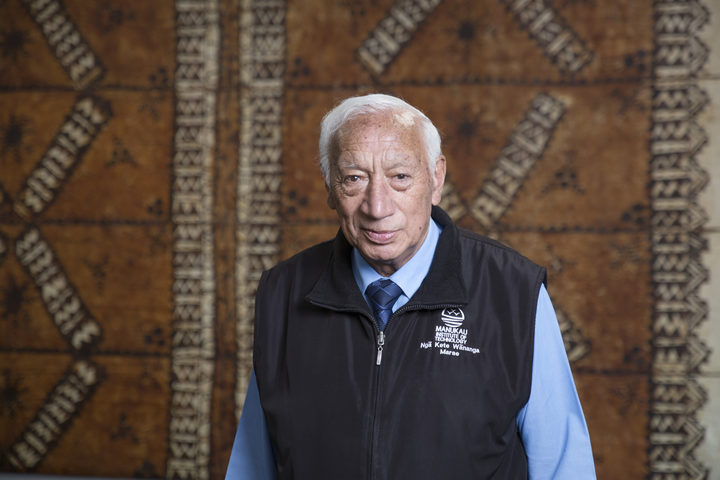 The 83-year-old died in Auckland yesterday, and was known for his services to Māori and education.

He was made an Officer of the New Zealand Order of Merit in the 2015 New Year's Honours.

He was raised on the East Coast by his grandmother.

His parents were Sir Eruera Tirikatene and Lady Ruti Tirikatene. He was the first Māori language teacher at Rosehill College in Papakura in 1976 and a well-known community leader in South Auckland.

It was a shortage of te reo Māori teachers which led to him re-training as a teacher.

Te Tai Tonga MP Rino Tirikatene said his uncle helped him when he was struggling with his Māori school certificate.

"He was a very ngāwari gentleman in his approach and that permeated through every he did - all of his kōrero his teaching ways, his methods."

Rino said his uncle also had an immense depth of te reo Māori and cultural knowledge.

"He talked about the weaving of the flax and the shoots of the seeds of the kākano.

"Everything that happened in life he was able to relate it back to those tauparapara or sayings that he wrote and that he used every time he spoke."

Kukupa was also a cultural advisor and kaumatua at Te Papa Museum and a professor at the Manukau Institute of Technology.

MIT chief executive Gus Gilmore said the thoughts of everyone at the institute were with Mr Tirikatene's whānau.

"We acknowledge that his work at MIT was just one chapter in a big life, lived with humility, dignity and purpose. But what he has done here is immense."

Arrangements for his funeral are being made.