The first Māori woman to be crowned Miss New Zealand - and the first New Zealander to compete at Miss Universe - has died aged 82. 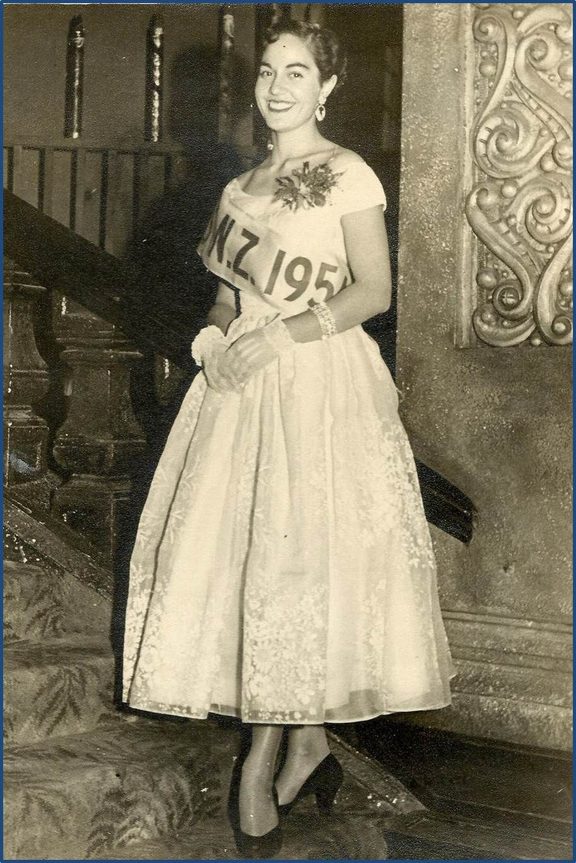 Moana Whaanga, the first Māori to be crowned Miss NZ in 1954. Photo: Supplied

Moana Whaanga passed away last night, after she suffered a stroke two weeks ago.

The Te Arawa native was also a national swimming champion and was selected for the Empire Games in Vancouver in 1954.

She entered the Miss New Zealand pageant to help raise money for her swimming club and was crowned the winner. She went on to compete at the Miss Universe competition in Long Beach California in 1954.

She married her husband Maui Whaanga and the couple spent many years teaching in rural schools. She had five children, 16 grandchildren and 11 great-grandchildren.

Her son Mel Whaanga said his mother would be missed.

"Mum was a private person, she loved her whanau, she loved New Zealand - you could ask if she was a Māori first, or a Kiwi first or a mother first.

"Mum encompassed all roles and brought everyone together - that is her legacy."

"We had her inducted into our hall of fame with the Māori Sports Awards and presented her onstage and spoke about her and [she was] a beautiful humble lady."

Mr Garratt also knew for her role in education in the Manukau area, and said her record as a national swimming champion spoke for itself.

"Her list of achievements in swimming is amazing - starting from the Parnell Swimming Club in 1949-1954 with all the Auckland and New Zealand titles she won."

A service will be held this Saturday at the Church of Jesus Christ of Latter-Day Saints Chapel in Manukau.