The winner of the best non-fiction title for children and young adults says she hopes her book will help Māori to get the wreck of the container ship Rena moved off Astrolabe Reef. 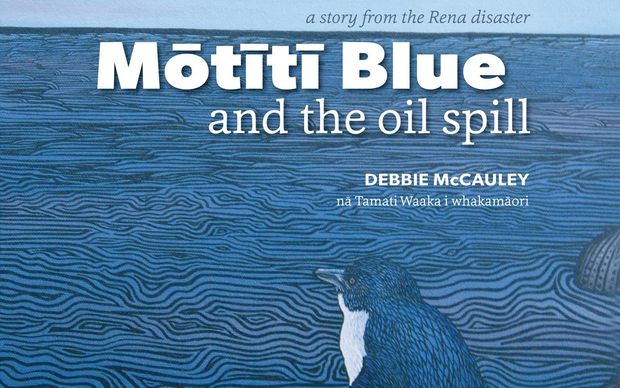 Motiti Blue and the Oil Spill won the best non-fiction title for children at the 2015 NZ Book Awards. Photo: Supplied

The Rena ran aground on the reef - just off the coast of Tauranga - in October 2011.

Debbie McCauley's bilingual book, "Motiti Blue and the Oil Spill", follows the journey of a little blue penguin who gets covered in the fuel.

Ms McCauley said she wanted the book to highlight the environmental impact of the spill.

"I didn't want the story forgotten, it's really important and we need to learn from what's happened, it's the only way we can stop this happeneing in the future.

"The Astrolabe Reef, or Otaiti Reef, is incredibly special to local Māori.

"We have the place up North where a lot of iwi believe the spirits of the dead depart. Well in Tauranga, that's Astrolabe Reef. That's why it's incredibly important that the wreckage is removed and the area is tidied up as much as it can be."

Ms McCauley said her next children's book is about the part of the Treaty of Waitangi that was signed in Tauranga.