Whānau of students at a bilingual unit at an Auckland school are calling for the resignation of the school principal over issues of funding and resourcing. 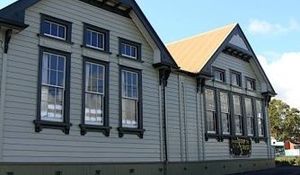 The majority of whānau from the Richmond Road school's Te Whānau Whāriki unit held a protest outside the school on Monday over claims the school had not consulted with them over resourcing and staffing.

One mother, Paula, who was at the rally, said the issues started when the new principal began last year and told parents the unit's funding was in deficit.

She said parents had many other questions about the deficit and concerns over the resourcing for the unit as a result.

Paula said efforts to try and speak with the principal to find out more information over the past nine months, have been met with no response.

"The really sad thing about this whole process is, we have tried to engage in numerous processes to sit down and talk to him [principal] and ask for some answers, especially around the Maori Language Proficiency Fund and have got nowhere," she said.

Another mother, Juressa Lee, who has three children at the school, said her concerns were exacerbated when she found out a teacher, who was also the kapa haka tutor, was let go on the last day of the 2014 school year which came as a shock to whānau and students.

She said all attempts to engage with the school have failed and she hopes the rally will prompt the Board to want to sit down and speak with whānau and resolve the issues.

Board of Trustee chairperson Agnes Loheni declined to answer to Te Manu Korihi's questions about the whānau's concerns.

But a statement said the Board was seeking advice from the Ministry of Education to ensure its moving in the right direction.

Ms Loheni said changes made in 2014 were in the best interest of the children.

In response to the teacher who was let go in the last hour of the school year - Ms Loheni said schools have limited budgets, and fixed-term positions are reviewed annually - generally at the end of each year - to ensure schools stay within their overall budgets and allocate resources to the areas of most need.