Leading Māori theatre practitioners say they are desperate for an administrative office in Wellington, but efforts to secure adequate funding have been rejected. 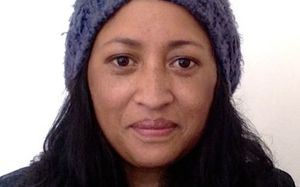 Well-known actors said tāngata whenua were being disadvantaged by a lack of financial backing.

Award-winning playwright and co-founder of the Wellington-based theatre production company, Tawata Productions Hone Kouka said the company was the only one with funding over two years from Creative New Zealand in the form of an Arts Development Investment.

He said the company had put two applications forward to Creative New Zealand in conjunction with another Māori company, Te Pūtahitanga a te Rēhia, but the amount of funding was negligible.

"The Creative New Zealand response was an offer of $10,000 initiatively for a feasibility study.

"Tawata Productions and Te Pūtahitanga a te Rēhia got back to them and articulated that that amount for a feasibility study really won't achieve very much at all."

Mr Kouka said the Mangere Arts Centre in Auckland conducted its own feasibility study before the building was constructed and it cost the centre just under a $250,000.

"We talked with the Mangere Arts Centre in Auckland - it's a much bigger version of what we were looking at - in regards to how much a feasibility study costs.

"For them it was just under a quarter of a million dollars to do it properly. It's long term, it's for the community, there's all those sorts of elements so therefore the the amount of $10,000 is really not going to help at all.

"We would not be looking at that amount of money, but if you want an organisation or structure that's going to be effective then you do have to invest at that early stage... so yes, you would need at least five to 10 times that amount."

Actor Nancy Brunning, who was also a company director of Hāpai Productions, said Māori needed a creative space to come together and share resources.

She said an office would at least allow Māori to come together and support each other as-well-as perform administrative tasks such as writing applications and receive help from each other with that process.

"Even an office space just so people could go and write their reports and all Māori practitioners had one place to go to rather than running around all over the city trying to get everything done."

"Tawata Productions applied for Sector Development Initiative funding for $109,060 toward a hub for Te Pūtahitanga a te Rēhia.

"Creative New Zealand agreed to initial funding of 10-thousand dollars for a scoping exercise to determine a clear pathway towards this objective.

"Creative New Zealand has undertaken rolling reviews of each area of artform practice since 2011. Theatre is due for its turn this year."