A South Island iwi is celebrating the reintroduction of the saddleback to Adele Island, or Motu Areroroa in the Abel Tasman National Park. 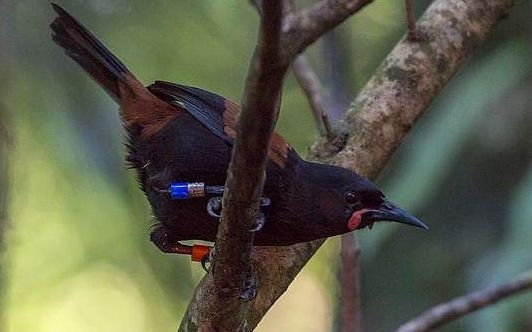 The South Island saddleback faced extinction in the 1960s and there are still only 650 left. Photo: Photo NZ

The South Island saddleback faced extinction in the 1960s and there are still only 650 left.

Te Atiawa's Joy Shurrock said the iwi was one of a number of groups, including Ngati Rarua, Project Janszoon and the Department of Conservation who ensured Motu Areroroa continues to be predator-free.

Ms Shurrock said the South Island saddleback was no longer found on the mainland and seeing them returned to the island and released was an emotional moment.

She said Te Atiawa were the guardians of the Saddleback and watching their release on Motu Areroroa was amazing.

The tribe had a strong spiritual connection to the bird which is a very important taonga, she said.

Ms Shurrock said in the past, the tieke was seen as a weather indicator and acted as news messengers for the tribe's tupuna.