An environmental group that is working to revitalise Kaipara Moana in Northland wants people to take part in a hui looking at strategies to preserve it. 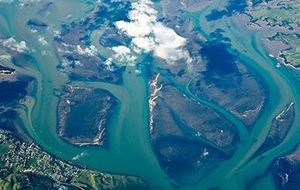 The Integrated Kaipara Harbour Management Group, which is led by the Kaipara hapu, said scallop beds and seagrass in the harbour are badly depleted.

Mr Wright said the theme is ''looking back, thinking forward'' with the aim of bringing scientists, government, and the community together to learn about the harbour and its management.

He said parts of the environment have been badly affected from high rates of sedimentation, phosphorus, nitrogen and E.coli bacteria.

William Wright said people want to ensure that the harbour is cleaned up so it is a better place in future and for their mokopuna.