Whanau heading for Waitangi Tribunal hearings in Tai Tokerau next week are facing a long detour around roads still blocked after this month's big storm. 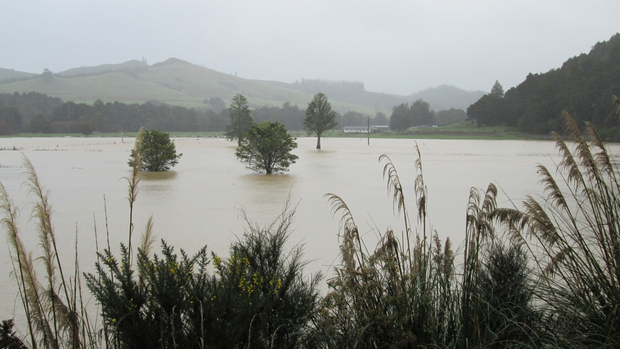 Flooding in Pipiwai after the big storm. Photo: Steve MacMillan

The Tribunal is hearing the claims of Ngati Hine people at Tau Henare marae at Pipiwai, starting Monday.

But the back road to Pipiwai from the Bay of Islands is closed by a big slip.

And the Far North Council's advised it can't repair the damage in time for the hearings.

Ngati Hine spokesman Pita Tipene said that was disappointing because many claimants who can ill afford it, would now have to detour all the way down to Whangarei - then head west.

Mr Tipene said the slip was half-way between Matawaia and Pipiwai and it was also hampering forestry operations in the area.

He said if there was time, Ngati Hine would take Tribunal members out to see the slip - to show them the poor state of roads in their rohe.