Te Tai Hauauru MP, Tariana Turia, says as she retires from politics she's confident her party colleague, Chris McKenzie, who's campaigning for her seat has what it takes to win. 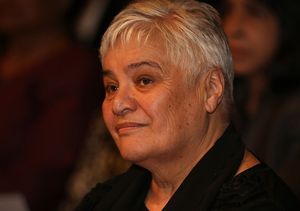 On Thursday night Mrs Turia gave her final speech in the house which was followed by a waiata from her Whanganui and Ngati Apa whanau.

She said Mr McKenzie was well liked in Te Tai Hauauru especially amongst the younger voters and was more than capable of taking over her role as the next potential electorate MP.

She said her message to her constituents is: do they want someone who can make a difference and who knows how to work in the political system, because she said Chris McKenzie had worked in Parliament before and he knew the environment.

The outgoing Maori Party co-leader said Mr McKenzie knew that a politician had to be bold and have courage, and he had that.

Mrs Turia said she was also proud of implementing her Whanau Ora social welfare policy which was making a positive difference.