The dumping of treated waste water in the Whakarewarewa Forest near Rotorua, which leeches in to local streams is to stop two years earlier than expected.

An agreement has been signed off by the Rotorua District Council and Central North Island Iwi Holdings, which is made up of eight iwi.

The tribal collective has ties to the Kaingaroa Forest, as well as Whakarewarewa.

The agreement means the spraying of treated waste water in the Whakarewarewa Forest, behind Red Stag Timbermill near State Highway 5, will stop at the end of 2019.

That's two years earlier than consent was granted for.

In 2011, a trustee on the Tuhourangi Tribal trust, Walton Lee, called for stricter rules on the dumping of effluent in the forest.

At the time, he told Te Manu Korihi, he was concerned that it was running into the famous penny-diving swimming hole of Puarenga stream at Whakarewarewa Village.

Central North Island Iwi Holdings believes giving the Rotorua District Council more land could be an interim solution to the problem of where the city can dispose of treated waste water.

Director Anaru Te Amo said an immediate solution would be to give the council more land so it can spread out the waste water in the meantime. But he said it didn't favour the idea.

Mr Te Amo said both sides would work together to look at other ways of dealing with the water.

Rotorua Mayor Steve Chadwick said the deed must find a solution which was acceptable both scientifically and culturally. 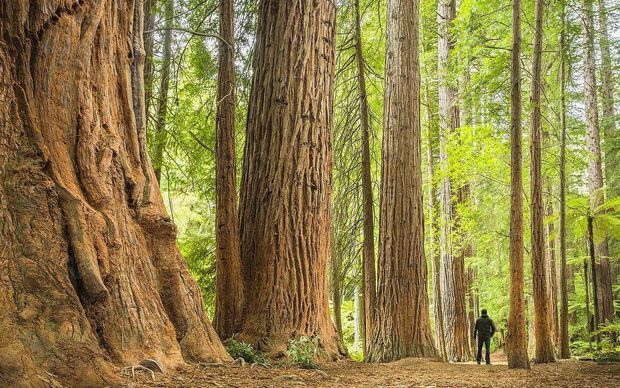