Fewer than half of all families engaged with Whanau Ora in Tamaki Makaurau are Maori, a parliamentary committee has been told. 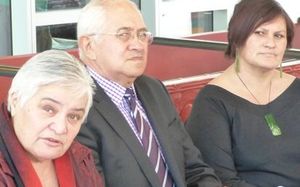 The Maori Affairs Select Committee was told 48 percent of those involved with the initiative were Maori, while Pasifika made up 19 percent. A further 5 percent were New Zealand European, while 26 percent were other ethnicities, including Dutch, Sri Lankan, Pakistani, Filipino, African, South African, Romanian, and Irish.

Minister of Whanau Ora Tariana Turia had often said that due to the philosophy of Whanau Ora, it was something most groups could understand, Ms Grennell said.

Figures from other regions showed the families engaged with Whanau Ora were mostly Maori.