A Maori advocate pushing for a World Conference on First Nation Peoples doubts the scheduled meeting will happen in September because of queries from some countries on what the term indigenous means. 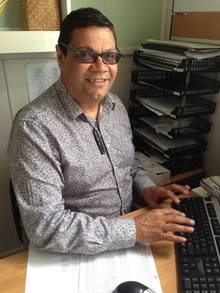 Maori representatives have just wrapped up a two-week stint at the United Nations in New York.

They attended the UN Permanent Forum on Indigenous Issues.

The conference is due to be held from 22 to 23 September.

It will be the first international conference devoted to the realisation of indigenous rights.

A Maori advocate and a member of the International Indian Treaty Council, Carl Takarangi-Hutchby, of Whanganui iwi, said Russia, India and Pakistan are seeking clarification on the term "indigenous" which is one of the reasons preparations for the hui could be delayed.

"There was an overwhelming majority of indigenous people who want this to go ahead as long as we have equal say in the outcome document", he said.

"But unfortunately the president of the General Assembly is not making up his mind at this point in time so everything is on hold."

The forum is calling for full, direct, equal and effective participation by the world's 370 million indigenous people in the first international conference devoted to the realisation of their rights.