A Nelson iwi is demanding more Government action to help save the Maui's dolphin, or popoto, from extinction. 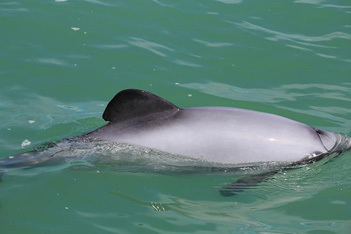 Ngati Tama said it was meeting its cultural obligations under a special protocol it had with the Department of Conservation to protect marine mammals.

The Maui's Dolphin is only found on the west coast of the North Island and it is estimated only 55 over the age of one are left.

The World Wildlife Fund launched a campaign and petition on Monday demanding politicians commit to protecting the Maui's dolphin.

Mr Te Miha said because the Maui's dolphin's gene pool was not widespread, they started in-breeding and acquiring genetic weaknesses.

Mr Te Miha acknowledged some would be caught by set-nets and trawling and said bans could have to be introduced. However, commercial fishers had the right to earn a living through their ownership and property rights.

The Government had to "pull finger" and start doing proper scientific research and take blood counts to see if the dolphins are related and spread males around the gene pool so that it's enlarged, Mr Te Miha said.

Political leaders needed to have more input, and more practical steps needed to be taken quickly for the dolphin to be saved, he said. Fishers and locals had a lot of knowledge which could be utilised.

Mr Te Miha said he believed there were far more than 55 Maui's dolphins in existence, and a survey of people who used the waterways in the areas where the dolphins were could help create a more accurate estimate of their numbers.