The failed Labour candidate for Ikaroa-Rawhiti, Shane Taurima, has been cleared of any journalistic bias at Television New Zealand. 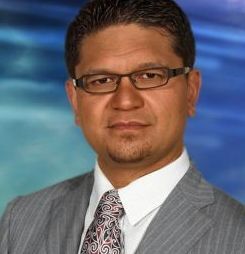 Mr Taurima resigned as general manager of TVNZ's Maori and Pacific Unit after it emerged he'd chaired part of a Labour Party hui in January.

The station released on Monday a 32 page report compiled by a three-person panel and sought advice from an advisor on Maori media.

It includes information extracted from interviews of people working under Mr Taurima.

The report found no evidence of bias relating to programmes such as Q+A and the Maori news programme, Te Karere.

In relation to Te Karere, the report says his role was mainly managerial, and he had little influence on what was in the programme.

In a statement, Mr Taurima, said the review had determined what he knew was true.

He said he had always maintained a professional approach to his work.

But the report also noteds, several times, there was confusion around his political intentions.

After losing the Ikaroa-Rawhiti candidacy to Labour's Meka Whaitiri, and returning to work, sometime later he began researching about the Tamaki Makaurau electorate.

This included asking a staff member to photocopy the Tamaki Makaurau electorate roll.

This happened despite assuring his superiors he was not intending to stand again for Ikaroa-Rawhiti.

The report says both Mr Taurima and his managers could have done more to avoid damaging TVNZ's reputation because of a matter of conflict of interest.