The Urewera-Tuhoe Bill is another step towards being made law.

The House sat under extended hours on Thursday to pass the second reading of the bill.

It includes an apology from the Crown and a $170 million compensation payment, and sets up Te Urewera National Park as its own entity.

The Maori Affairs Select Committee received 66 submissions on the bill, 42 in favour and 14 opposing it.

Maori Party co-leader Pita Sharples said the bill provided a foundation for the future and had the potential to produce transformative results for Tuhoe.

New Zealand First was the only party to oppose the second reading. 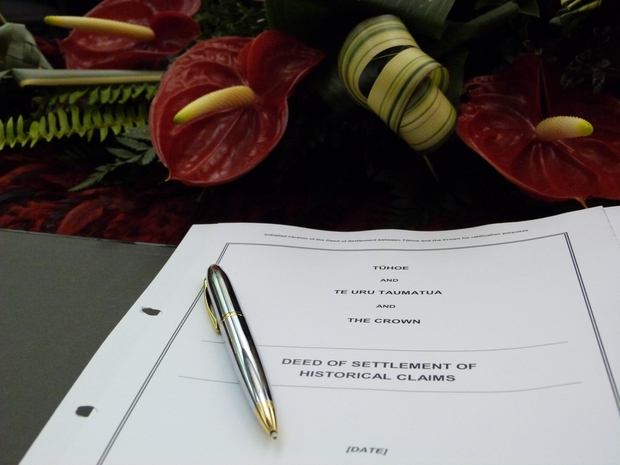 Treaty settlement agreement between the Crown and Tuhoe. Photo: RNZ