The Maori Party is issuing a wero (challenge) to the Government to join world action against kidnappers who've abducted more than 200 Nigerian schoolgirls.

They were taken more than three weeks ago by Islamist Boko Haram militants, and have threatened to sell them into slavery.

In a security move, the Government here has already added the group to its terrorist watchlist.

But the Maori Party said the Government needed to do more, including working through the United Nations to send the message that Aotearoa was opposed to violations against the girls.

It also said the Government should lend New Zealand's support to the search, and join a social media campaign to free them.

Maori Party co-leader Tariana Turia said she had been waiting for the world to respond, to wrap their arms around the whanau, and to find the girls. 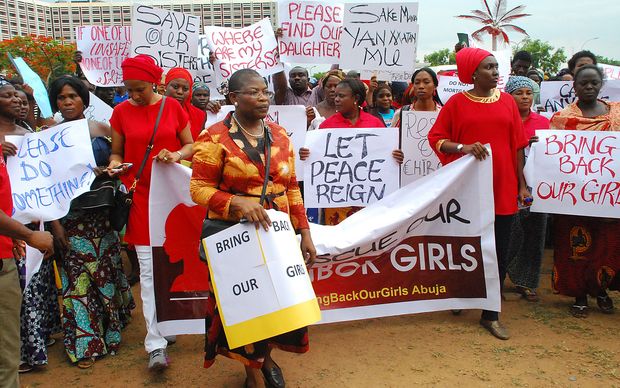 A protest in Nigeria demanding the girls' rescue. Photo: AFP