Cricket Wellington is taking the lead from Northern Districts to develop a local Maori squad to perform at curtain raiser events before international tests.

Last year a Northern Maori invitational team broke new ground for Maori cricket when it embarked on a maiden overseas campaign to play in the Cook Islands.

Cricket isn't known to be a popular sport for Maori but the Maori co-ordinator of the Northern Districts Association, Graeme Stewart, wants to change that because he says tangata whenua have a natural ability in the game.

"Our Maori side just focuses on Twenty20. It's a faster game with big hits and fast bowling and I think they can actually build a lifestyle from that - they can become professionals.

"A lot of the young aspiring Maori cricketers we have are into high performance programmes, and they'll have an option in the next couple of years where they will want to follow that pathway to become a professional which means, obviously, they get paid to play sport".

Mr Stewart said he was eyeing up the possibility of forming a Maori Wellington side. 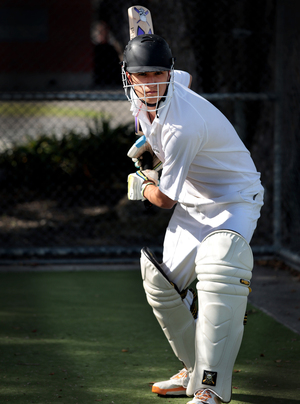 "Our next step is to try and spread our wings a little bit, hence I contacted Rhys Morgan in Wellington and tried to build up a relationship with him to select a Wellington Maori side.

"So I think we'll align it the same way as Maori rugby in which Wellington will eventually fall into that central region."

Cricket Wellington secondary schools co-ordinator Rhys Morgan said he wanted to change the perception that cricket was mainly played by Pakeha and other ethnicities.

"We're hopeful that by having a Wellington Maori team playing, whether it's one off games against Northern Districts or in a few years time it's a national tournament.

"It will bring some awareness and it will bring to the forefront that cricket is a game not just for the white middle class Europeans but it's a game we want to sell to everyone as a really fun game to play and also a game you can make a career out of."

Aspiring Maori cricket player, Rawiri Kapea - an 18-year-old of Ngati Apa descent - has been playing the game since he was a toddler.

He said tangata whenua tended to stay away from cricket: "Yeah, it can get boring out there generally Maori and Pacific Islanders like the shorter, faster paced games such as rugby, of course.

"It's definitely to do with your environment as well, I think. When I was growing up I had a lot of support playing cricket from my family and I think a lot of Maori wouldn't get that for cricket."

But, Mr Stewart said, the plan to form a Twenty20 Maori cricket team, would change that.

He also had an ambition to create a national Maori side, a goal Mr Kapea said would encourage more Maori to play the sport.

"I think it would be really, really good to get a Maori cricket squad going for New Zealand, we obviously don't have one at the moment.

"I think it would strive to involve a lot more Maori to play cricket and I think that can be nothing but a good thing."

Mr Stewart said his next plan was to co-ordinate a district association tournament for Maori men to be played in Gisborne over Labour weekend.