The Labour Party's Nanaia Mahuta, who on Tuesday was promoted to the Maori Affairs portfolio in opposition, is rejecting a rival's suggestion she should go into Parliament as a list MP. 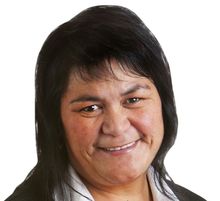 The Maori Party's Susan Cullen said voters should back her in the Hauraki-Waikato and return Ms Mahuta to Wellington on the Labour Party list - which would put more kaupapa Maori MPs in Parliament.

But Nanaia Mahuta said she wanted to keep her seat in this year's general election, and there would be no deal.

She said the Maori Party had supported a National-led government that had delivered very little change to the Hauraki-Waikato electorate, something Susan Cullen would have to be accountable for when she hit the campaign trail.

She has been a loyal supporter to Labour Party leader, David Cunliffe.

One of her tasks will be to lead the Maori Caucus and try to win Maori seats back for Labour.

Ms Mahuta moves up one place in the Labour Party caucus.

When Labour List MP Kelvin Davis arrives in Parliament later this month, he will take on a number of Associate roles, including speaking about education and regional development.