It's believed the increase is because the exam is no longer about everything and anything.

The number of people wanting to become licensed Te Reo translators has more than doubled in the past four years because the exam is no longer about everything and anything. 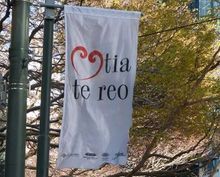 Earlier this month, 16 people sat the test, which focussed on translation in the education sector.

Only one of the candidates was a native Te Reo speaker.

The person in charge of licences under the Maori Language Commission, Te Haumihiata Mason, believes more people are doing the test because the one-size-fits-all model is gone.

She says in previous years some candidates would fail because they weren't skilled in all areas, but quite often they would be exceptional translators in one or two areas such as education.

Ms Mason says four years ago only about six people would sit the test, while last year about a dozen took part. She says there's been a steady interest and she hopes interest will continue to grow.

The commission's kaitiaki reo and senior manager of Te Matapuna is pleased with the number of people who took the test this year.

Although she hopes all will pass, she believes quality rather than quantity is what is needed.