New Zealand First is refusing to name the tribes it says have been cut out of Crown settlements at the top of South Island.

Last week, the final batch of agreements for the whole of Te Waipounamu was passed in Parliament. 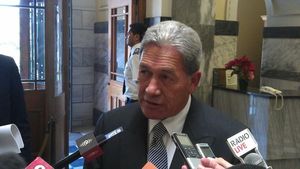 The party argues some iwi and hapu have not been heard.

Te Manu Korihi has asked New Zealand First to name the tribes, but it has refused.

Its leader, Winston Peters, says he will not single out those who were not heard as they must be allowed to work through what he calls a difficult time.

The office of the Treaty of Waitangi Negotiations Minister, Chris Finlayson, says it doesn't know why New Zealand First voted "no".