Maori health is at risk if one of the country's largest district health boards cuts staff costs and reduces services, according to the Nurses Organisation.

The Auckland District Health Board is considering the changes after a 12-million dollar deficit.

In an email obtained by Radio New Zealand, it's chief executive Ailsa Claire said significant change is needed urgently in the areas of theatre costs, children and older people's services where there are big financial losses. 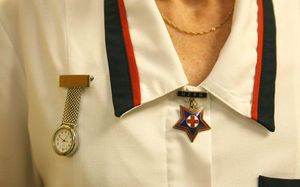 A Nurses Organisation spokesperson says that would be a retrograde step.

Hilary Graham-Smith says a workforce is needed that reflects Aotearoa's population and the potential for the reduction in the the number of Maori staff is a backward step and would cause the organisation significant concern.

Mrs Graham-Smith says Maori are a particularly vulnerable part of the population so any cuts in services and their access to services would have a huge impact.

She says the Auckland District Health Board's nurses, including Maori, are already under pressure and struggling due to insufficient staff.