The Minister of Maori Affairs, Pita Sharples, says the nation's biggest celebration of kapa haka should take priority over cricket.

The Christchurch City Council says is working on resolving a double-booking in Hagley Park on the day of the opening match of the 2015 Cricket World Cup. 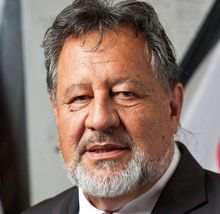 The match, scheduled for February the 14th 2015 looks likely to clash with Te Matatini, the big kapa haka festival.

Dr Sharples says Te Matatini has requested that its event stays at Hagley Park and the cricket moves to another venue.

He says the major Maori performing arts festival is popular amongst all age groups, and many people agree that Te Matatini should be left where it is.

The Christchurch City Council says it would prefer to move the kapa haka festival to a date before the Cricket World Cup begins.