He recently spoke at a conference for the National Maori Accountants Network, Nga Kaitatau Maori o Aotearoa, in Wellington.

The theme of the two-day hui was expanding Maori business globally. 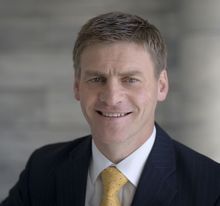 Mr English said the Government is becoming less important to the progress of Maori business.

He said increasingly Maori innovation, cultural distinctiveness and unique relationships are becoming more important to whether Maori families get ahead.

Mr English said he can't recall the last time that someone representing a Maori entity referred to grant schemes which used to be the currency interaction with Government.

He says Maori are also open to doing business with a range of people, which is an example that other business leaders should follow.