Latest - The Maori All Blacks match against Manu Samoa in Wellington on Saturday is set to be played without a crowd after the region moved to alert level two, meaning events can't have crowds of a hundred or more. 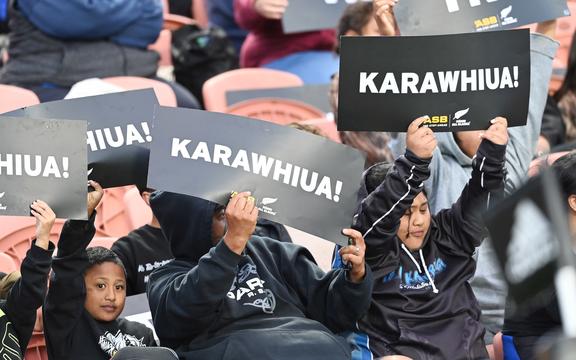 Fans won't be able to attend the Maori All Blacks v Manu Samoa game in Wellington on Saturday. Photo: Photosport

Sky Stadium said all tickets for the match will be refunded.

The two sides are due to play one another again in Auckland next weekend.

The Wellington Sport and Recreation Awards which were due to be held at the TSB Arena have been been cancelled.

About a thousand people were due to attend the event at which former All Black captain Tana Umaga was to be inducted as a Wellington Sporting Legend.

The award announcements will now be made on-line.

This weekend's Wellington marathon has been postponed and likely to now be held in October.

England through to last 16, Scotland miss out

England finished top of their group at the European Football Championship, but Scotland have been eliminated. 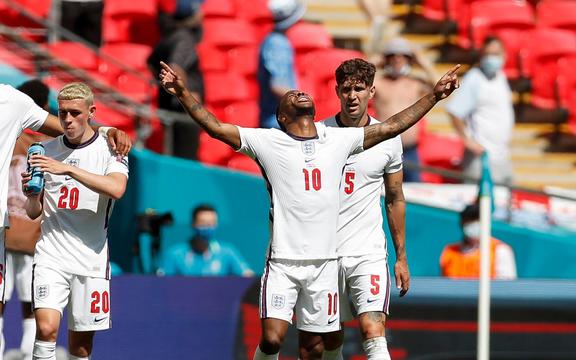 Raheem Sterling's second goal of the tournament earned England a 1-0 win over the Czech Republic in their final group game at Wembley to win Group D.

Their win sets up a last-16 tie with the second placed team from Group F, either France, Germany, Portugal or Hungary at Wembley next week.

Scotland's dream of making history by progressing at the tournament came to a sobering end with a heart-breaking 3-1 defeat by Croatia at Hampden Park.

The margin of victory was also enough to earn them second place in the group ahead of the Czech Republic on goals scored, with both those sides advancing to the last 16.

Scotland has never reached the knockout stages of a major tournament.

Versatile guard Rasmus Bach will return to the New Zealand Breakers for a second year. 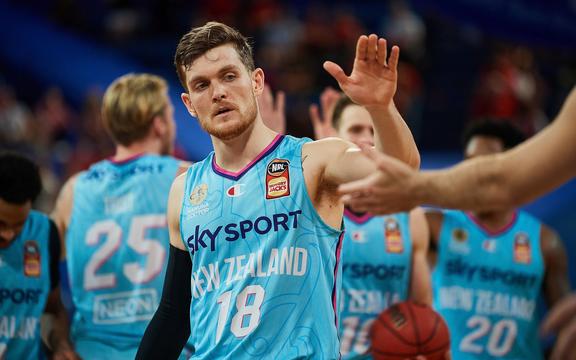 The 25-year-old was completely unknown to the Australian National Basketball League when Dan Shamir picked him out of obscurity in the Danish league last December to fill the final spot in his 10-man roster.

Bach played all 36 games in the just-completed season averaging almost 16 minutes on court.

The Danish international also proved to be a clutch player in extreme pressure with memorable three-pointers at the death in wins against the Taipans and the Bullets during the Melbourne Hub.

Shamir has earned widespread praise for finding Bach in the first place after researching his background and finding he was holding an Australian passport.

Bach established himself as the best free-throw shooter in the Breakers roster last season, shooting at 80 percent, and big things are expected of him now he is returning for a second season.

Chinese swimmer Sun Yang has had his eight-year ban for doping violations reduced to four years. 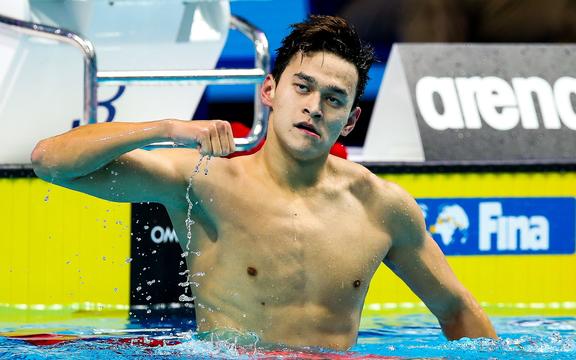 The decision means Sun will miss next month's Tokyo Olympics, but will be eligible for the Paris Games in 2024.

Sun, the reigning world and Olympic champion in 200 metres freestyle, was banned in February 2020 after he and members of his entourage were found to have smashed vials containing blood samples taken at an out-of-competition test in September 2018.

Sun had questioned the credentials and identity of the testers and has constantly proclaimed his innocence.

The 29-year-old, who won two gold medals at the 2012 London Games and another at Rio de Janeiro in 2016, is a controversial figure in the sport.

He served a three-month doping suspension in 2014 for taking the stimulant trimetazidine, which he said he took to treat a heart condition, while Australian swimmer Mack Horton called him a drug cheat at the 2016 Rio Olympics. 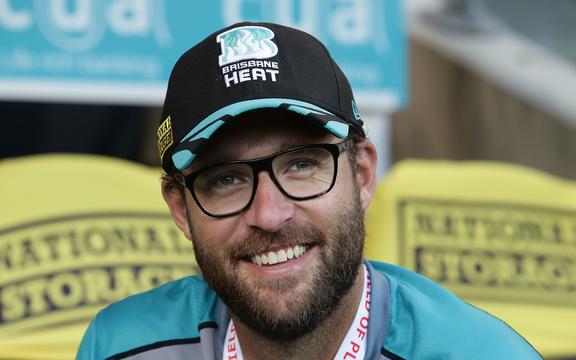 Australian McDonald has pulled out of this summer's tournament because of issues caused by the Covid-19 pandemic.

The 40-year-old is assistant coach of Australia, whose upcoming tour of West Indies ends three days after The Hundred begins on 21 July.

Vettori, who played 113 Tests and 295 one-day internationals for the Black Caps, was due to be McDonald's assistant.

Since retiring, he has coached teams in various Twenty20 leagues, including Royal Challengers Bangalore in the Indian Premier League, Brisbane Heat in the Big Bash and Middlesex in the T20 Blast.

Aki to start for Lions

Former Chiefs back Bundee Aki is one of eight British and Irish Lions debutants named to play Japan this weekend. 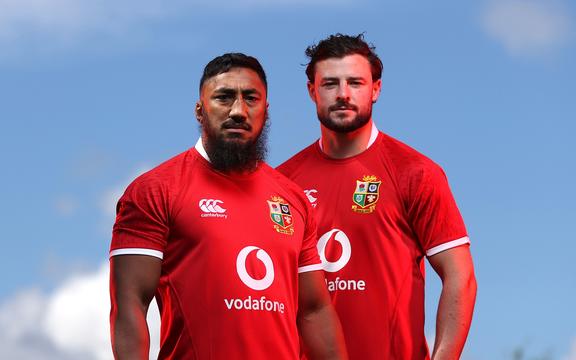 The match at Murrayfield is a warmup to the Lions' tour of South Africa next month.

Alun Wyn Jones will lead the side in the first- ever meeting between the Lions and Japan.

The Lions' eight-game Tour to South Africa kicks off on Saturday 3 July in Johannesburg - with their opponents also called the Lions - and the Test series starts in Cape Town three weeks later.

Crowd capacity at Wembley Stadium will be increased to more than 60,000 fans for the semi-finals and final of Euro 2020. 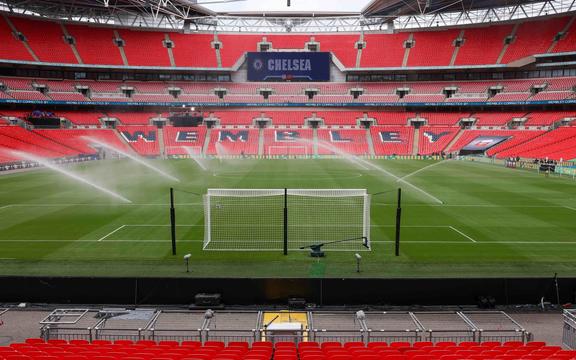 Chelsea and Leciester City will square off in the FA Cup final in May. Photo: Photosport

The new levels mean the stadium will be at 75% capacity for the final three games, which conclude with the final on July 11.

All ticket holders will need to have either a negative COVID-19 test or proof of full vaccination - two doses received 14 days before the fixture.

The announcement came after Italian Prime Minister Mario Draghi called for the final to be moved from England due to rising COVID-19 cases in the country.

Russian hurdler Sergey Shubenkov has been cleared in what the Athletics Integrity Unit said was a "genuinely exceptional" doping case involving a diuretic prescribed to a family member.

The AIU, which oversees integrity issues in global athletics, said that a low concentration of acetazolamide had been found in Shubenkov's out-of-competition sample collected in December 2020.

The substance is on the World Anti-Doping Agency's list of prohibited diuretics and masking agents and is banned both in and out-of-competition.

Shubenkov, the 2015 world champion and silver medallist at the 2019 worlds in the 110 metres hurdles, told the unit that the finding was linked to the residue of a medication taken by a family member.

The decision to clear him could pave the way for the 30-year-old to be cleared to compete internationally as a neutral athlete, including for the Tokyo Olympics that kick off next month.

No more than 10 Russians will be allowed to compete in athletics as neutrals at the Games.

Russia's athletics federation was suspended in 2015 in the wake of a report commissioned by WADA that found evidence of mass doping among track and field athletes in the country.