Latest - The Highlanders have apologised after a number of their players were involved in an incident that resulted in damage to a Queenstown hotel. 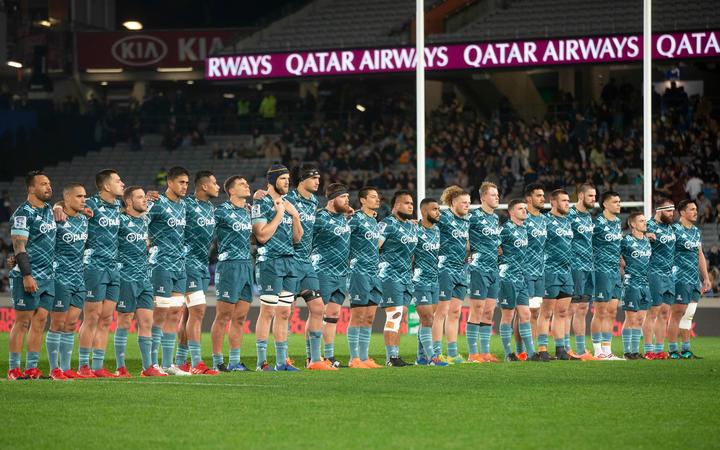 The Super Rugby club completed an investigation into the incident, which happened at the weekend, and involved seven players and a group of other people.

Glebe Apartments management received multiple complaints about noise from the apartment during the night. Police were subsequently called and arrested a man and charged him with wilful damage and disorderly behaviour.

"Having said that, we're extremely disappointed that some of our players' antisocial behaviour forced guests to endure a disturbed night. As a club we apologise unreservedly to those guests involved."

"Our messaging to the players is very clear: you are always a Highlander and as such we expect good behavior at all times. Now that the matter has been investigated the players involved will be sanctioned by the club and the entire team will be reminded of their responsibilities around behaviour." 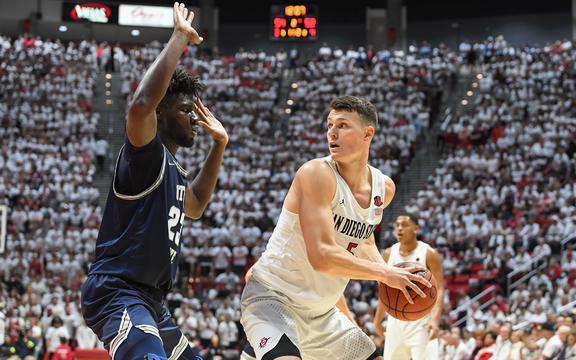 The San Diego State Aztecs star has signed a two-year deal with the Phoenix following a dominant American college season as starting centre.

The 24-year-old was one of the hottest young free agents on the NBL market, receiving interest from a number of clubs before deciding on the Phoenix.

"We just feel like the sky's the limit with the kid. He's going to come in and be able to contribute straight away but also down the line he's going to be an even better player and I feel like his impact on the game is going to be rather large for us." Phoenix coach Simon Mitchell said.

The young star moved back to his family home in Auckland a few months after the cancellation of the American college basketball season and will join the Phoenix's pre-season training in Melbourne as soon as border restrictions ease.

Two Indycar events have been cancelled while three other rounds will become doubles headers because of the Covid-19 pandemic. 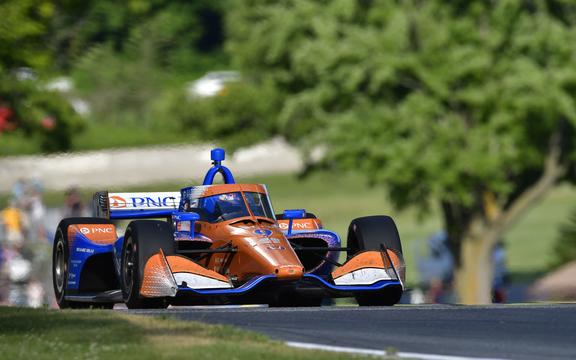 Races in Portland and Laguna Seca in california have fallen victim to issues associated with the ongoing pandemic in the US.

IndyCar's media release stated that "The cancellation of both event weekends was a mutual decision between the series and promoters following close consultation and monitoring of the local situation. The series looks forward to returning to both venues in 2021."

Three events already scheduled on the series calendar will now become doubleheader weekends, including next month's Mid-Ohio and Illinois events and Indianapolis in October.

Indycars has already had double-header events at Road America and Iowa.

The series remains on track to run 14 races this season.

No play on fourth day of test.

Play on the fourth day of the third and final cricket test between England and West Indies at Old Trafford was abandoned without a ball being bowled because of persistent rain. 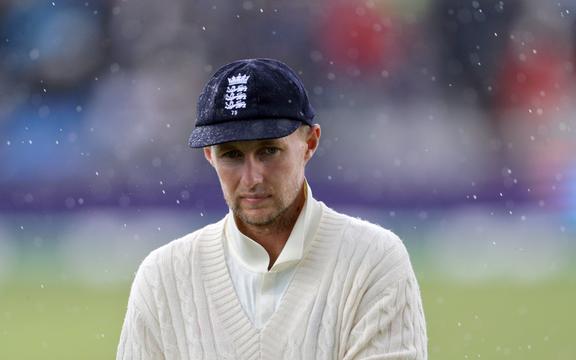 Showers through much of the day restricted the chances of the two teams getting onto the field and, after several inspections, the umpires called off play at 4:10 p.m.

England will be hoping the poor weather clears up overnight to allow them to a chance to try to wrap up a successive win and the series.

West Indies, who have performed poorly with the bat in the series, were reeling at 10-2 in their final innings after being set an imposing target of 399 runs to win the test.

Britain's Met Office predicted a cloudy day for Manchester on Tuesday with a 50 percent chance of rain in the afternoon.

SBW will get exemption to play for Roosters

The National Rugby League is prepared to give Sonny Bill Williams an exemption from a contractual rule which would allow the New Zealander to play for the champion Sydney Roosters.

Dual code international Williams was released by Toronto Wolfpack after the Canadian team pulled out of the restart of Super League Europe due to financial challenges caused by the Covid-19 pandemic.

Players are not allowed to sign with an NRL team if they hold a playing contract outside the league but league boss Peter V'landys said an exception could be made for Williams if he were still contracted to Toronto.

Williams's two-year deal with Wolfpack is worth a reported $10 million.

Roosters coach Trent Robinson said last week that the NRL champions were on the brink of finalising a deal with Williams, who was integral in their 2013 championship season.

Just four days after beginning a truncated coronavirus-delayed season, Major League Baseball has encountered a serious obstacle with the postponement of games scheduled in Miami and Philadelphia due to COVID-19-related concerns. 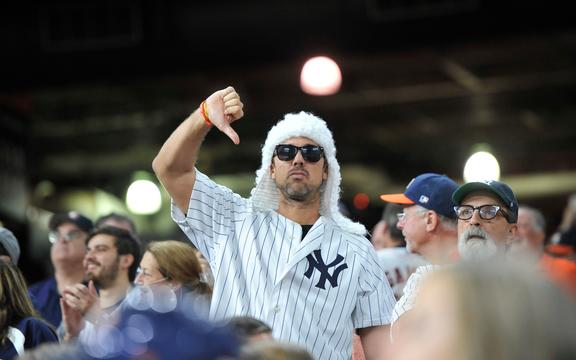 The Miami Marlins, who opened their season on Friday in Philadelphia, were scheduled to return home yesterday ahead of their scheduled home opener today but put off traveling after a number of their players tested positive for the virus.

The Philadelphia Phillies were scheduled to host the New York Yankees today but that game also was postponed as the Marlins players were recently in their stadium. The Yankees, who played in the season-opening game last Friday in Washington, completed a three-game series with the defending World Series champion Nationals yesterday.

MLB said in a statement that the games were postponed while it "conducts additional COVID-19 testing" and that members of the Marlins team traveling party were self-quarantining in place while the league awaits the results. Covid-19 is the respiratory disease caused by the novel coronavirus.

The Six Nations sides along with Japan and Fiji are set to feature in an eight-team tournament which will replace this year's autumn internationals, the BBC reported.

The tournament is scheduled to begin on Nov. 14, two weeks after the completion of the Six Nations Championship which was postponed due to the Covid-19 outbreak in March.

The report said England are likely to be in a four-team pool alongside Wales, Ireland and Fiji, while Scotland, France, Italy and Japan will make up the other group.

After playing each other once, the teams will face their corresponding-ranked side in the other pool on the final weekend.

The tournament will be staged on four consecutive weekends until Dec. 5, in line with the temporary international window proposed by the World Rugby last week.

Qatar, the host of the 2022 FIFA World Cup, have announced it would also like to stage the Olympics, possibly in 2032. 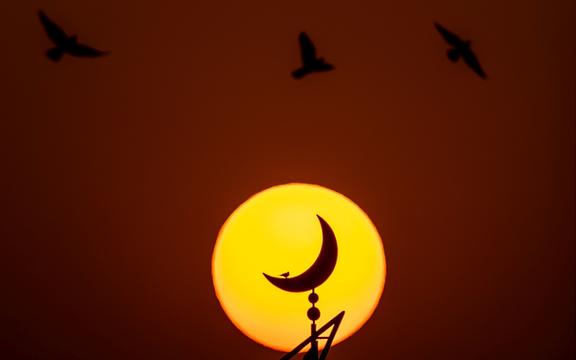 The Gulf Arab state's Olympic committee said it submitted a request to the International Olympic Committee to join the phase of "continuous dialogue" about hosting a future Games.

Oil-rich Qatar is increasingly keen to host major sporting events, and has already welcomed world athletics championships, though scorching desert temperatures during parts of the year have caused some anxiety in the sports world.

The Olympics have never been hosted in the Middle East, and Qatar will be the first nation in the region to host football's biggest showpiece.

It has invested billions of dollars in preparing for the 2022 football World Cup. However, human rights groups have criticised the treatment of migrant workers.

Qatar's Doha had also unsuccessfully bid for the 2016 and 2020 Olympics.

Mbappe out for three weeks

Paris St Germain forward Kylian Mbappe has been ruled out for three weeks after he suffered an ankle injury in the French Cup final win over St Etienne at the weekend. 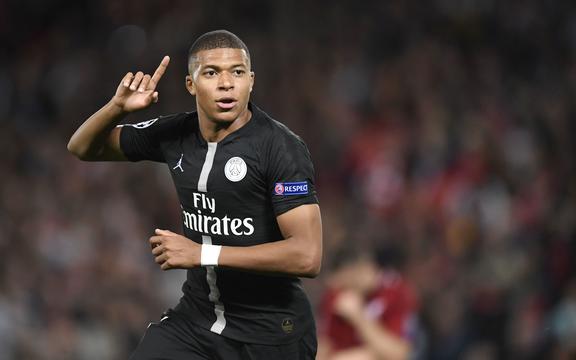 It means Mbappe will miss PSG's Champions League quarter-final against Italian side Atalanta in Lisbon on Aug. 12.

"The results of today's scan confirmed an ankle sprain with damage to the external ligament. The player is expected to be sidelined for approximately three weeks," PSG said in a statement.

A rough tackle from Loic Perrin saw the St Etienne defender catch Mbappe on the ankle and the 21-year-old collapsed on the pitch in pain before being substituted.

Perrin was sent off for the challenge as PSG won 1-0.

Another golf tournament off

This year's Alfred Dunhill Links golf Championship has been cancelled due to Covid-19 pandemic.

The event due to be held from Oct. 1-4 across the Old Course at St Andrews, the Championship Course at Carnoustie and Kingsbarns, and would have been celebrating its 20th anniversary.

"The size and complexity of the Alfred Dunhill Links Championship, played over three courses with 168 professionals and 168 amateurs, makes it very difficult to stage safely within the current guidelines given the uncertainties we are all facing," a spokesperson for the tournament committee said.

The European Tour returned to action this month with back-to-back events in Austria, while the British Masters last week was the first of six tournaments as part of the 'UK Swing'.

All tournaments are played without spectators amid strict protocols to combat the threat of the novel coronavirus.

Hearts and Thistle go down

Hearts and Partick Thistle will be in the Scottish Championship (second tier) and League One (third tier) respectively after an arbitration panel convened by the Scottish FA decided not to overturn their relegations.

The clubs took legal action after being demoted on a points-per-game basis when the domestic season was ended prematurely amid the Covid-19 crisis.

The decision was taken following a vote from all 42 clubs which granted the Scottish Professional Football League the power to take the action.

Hearts and Patrick Thistle wanted the promotions of Dundee United, Raith Rovers and Cove Rangers to be reversed so they could stay up.

The panel also confirmed Stranraer, who chose not to take legal action, were relegated to League Two.