She takes 64 pills a day but is unable to gain a medical exemption for basketball's WNBA competition.

Elena Delle Donne is the WNBA's Most Valuable Player but must decide whether to risk her life playing basketball amid the COVID-19 outbreak or forfeit her paycheck after her medical opt-out request was denied.

Delle Donne, who has chronic Lyme disease, said in an open letter posted on The Players' Tribune website that her personal physician believes she's is at high risk of serious illness if she were to contract COVID-19. 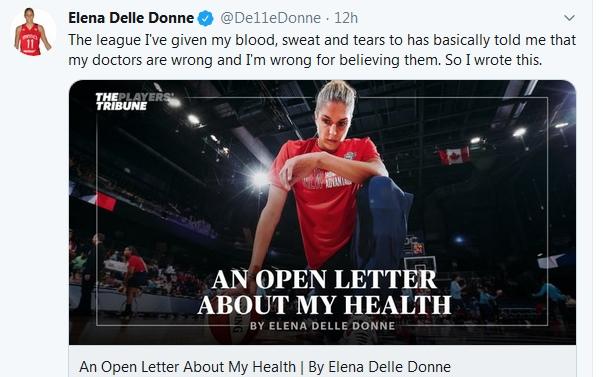 Yet the Washington Mystics forward said her request for a medical waiver, which included a signed form waiving her right to an appeal, was denied by a panel of doctors convened by the league and the WNBA Players Association without speaking to her or her doctor.

Had she been granted a medical waiver, Delle Donne would have been allowed to skip the shortened season with pay.

"I'm now left with two choices: I can either risk my life ... or forfeit my paycheck," Delle Donne wrote. "Honestly? That hurts. It hurts a lot.

"I don't have NBA player money. I don't have the desire to go to war with the league on this. And I can't appeal."

A spokesperson for the league declined to comment, citing concerns about privacy as the matter involves a player's private medical issues.

The WNBA will hold its entire 2020 season without fans at a single site in Florida starting July 25. 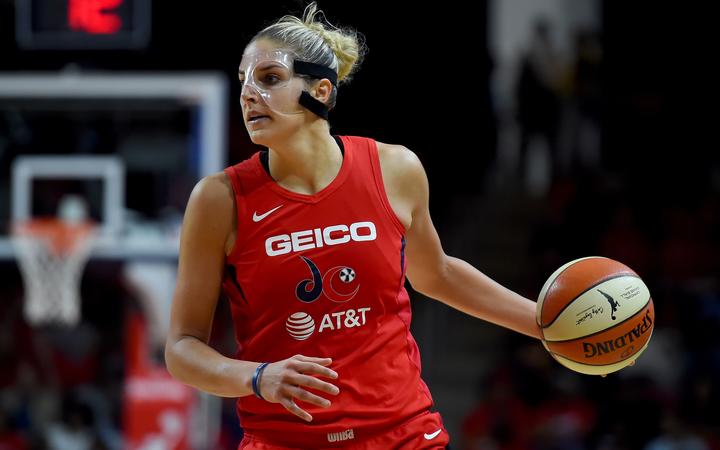 Delle Donne, who played through the pain barrier with three herniated discs to lead the Mystics to their first WNBA title last October, said she hopes the league she joined in 2013 can do better in the future when it comes to listening to others.

"The best that we can do is to listen to each other, and to learn from each other with as much humility as possible," said Delle Donne.

"I hope that in the future the WNBA can aspire to do the same."