Hamish Rutherford is coming in from the cold, having been called into the Black Caps squad for the third and final Twenty20 international against Sri Lanka in Kandy. 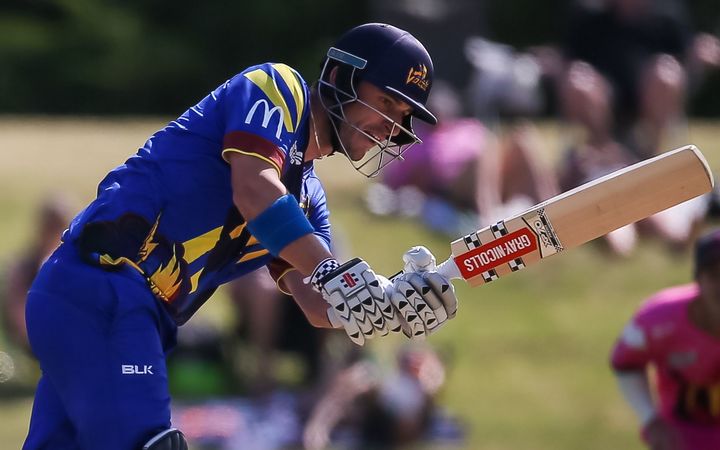 The Otago opener will join the New Zealand squad today as cover for Tom Bruce, who tweaked his right knee while batting in the series-sealing second match victory.

Rutherford last played for the Black Caps at the start of 2015 and hasn't played a T20 international since 2013.

Coach Gary Stead says Rutherford has got the nod for two reasons.

"One he's a great player and he's been in really good form the last few years for the Otago Volts and secondly he's in England playing at the moment so it's a quick trip here," Stead said.

"If Tom Bruce doesn't pull through with his knee and get right then Hamish is a likely starter in that match."

Bruce's injury is the latest injury setback for the Black Caps.

Opener Martin Guptill is returning home because of a right abdomen strain, fast bowler Lockie Ferguson has played no part in the series because of a fractured thumb and Ross Taylor missed the second match with a hip injury.

"Look it happens from time to time and that's sport, but you can't do much about it and you can't dwell on it either you just have to keep moving on," Stead said.

"Ross could have played if we desperately needed him to, but we just wanted to take the sensible measure of not putting him under undue pressure when we didn't need to.

"The good news is Ross Taylor's improved and he's available for the third game."