The All Blacks have finished their 2018 season in style with a 66-3 romp of Italy in Rome. 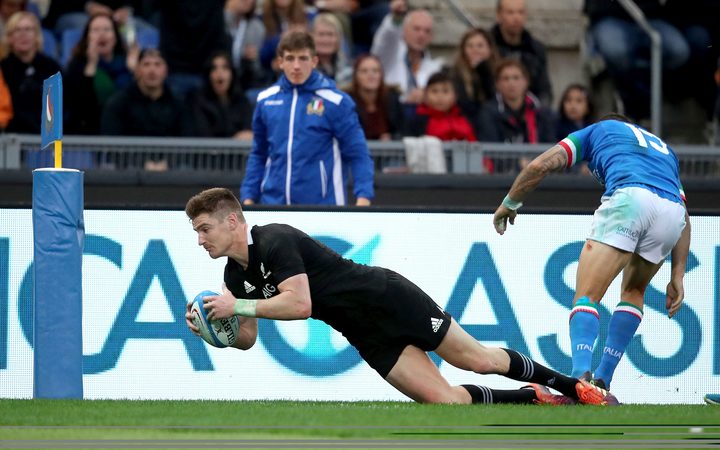 All Blacks coach Steve Hansen retained just four players from the starting team that lost to Ireland last week, and a few of his new picks took full advantage of the opportunity on a grey day and on a damp pitch in front of a big crowd at Stadio Olimpico.

Winger and man-of-the-match Jordie Barrett scored four tries and fullback Damian McKenzie, whose selection at fullback has been questioned by some rugby pundits at home, scored three.

First-five Beauden Barrett, seldom under the kind of pressure he felt last week against Ireland in Dublin, also scored a try before being replaced in the second half by Richie Mo'unga who has been building a claim to the starting flyhalf spot.

"It's been a great tour for us," Hansen said after the game. "We have found some younger players who have challenged some of the senior players and have said: 'Hey, we are here'. No doubt we will go back and solidify our thinking and our selections."

Looking back over the past three weeks, Hansen said the All Blacks had shown calm and mental strength to come back from a 15-point deficit to beat England at Twickenham and that the defeat in Dublin had only served to make the team hungrier.

"I know that (loss) will make us a little hungrier and it's always good if you go to the table hungry... You won't win the World Cup unless you're hungry."

Skipper Kieran Read, who led the haka for the first time before the game, said the team had learned a lot from the tour and were feeling good with just a handful of tests before the World Cup, which gets underway in September.

"We are in a pretty good spot right now," he said. 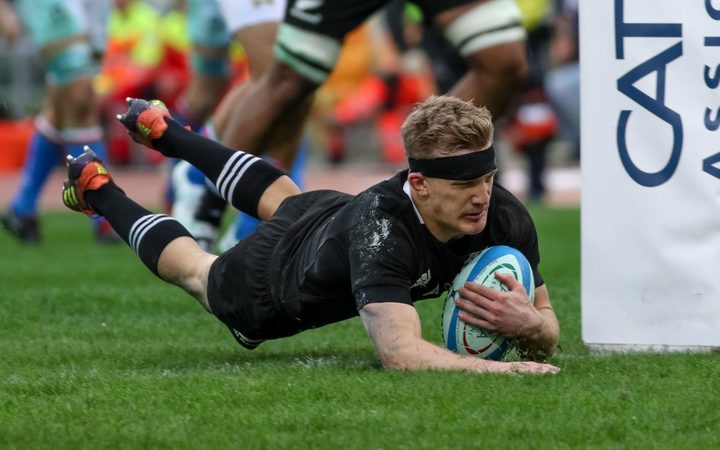 Damian McKenzie scores a try during the Test Match 2018 between Italy and New Zealand Photo: AFP

Beauden Barrett sliced open the Italians early in the match with sharp passing and some clever kicks, including one that picked out his high-flying brother Jordie to score in the corner for his second try.

Hooker Dan Coles, making his way back to test rugby after a serious knee injury last year and playing with heavy strapping, performed like an outside back at times, helping to set up at least two tries with deft passing and darts down the blindside.

The Azzurri managed a single penalty in a physical encounter up front. Even the referee, Andrew Brace, had to be substituted in the first half after he collided with a player.

"They are a very, very good team," said Italy's coach, Irishman Conor O'Shea. "They are at a different level."