Central Districts medium pacer Willem Ludick earned an unwanted place in the record books when Northern Districts took 43 runs off one of his overs in a Ford Trophy one day cricket match in Hamilton. 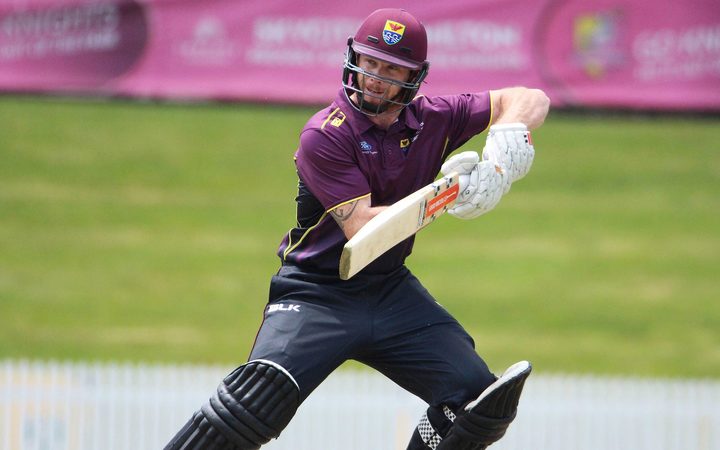 Northern Districts batsmen Joe Carter and Brett Hampton belted six sixes -- two of which were hit off no balls -- a four and a single during the first class match at Hamilton's Seddon Park.

Carter finished on 102 not out, while Hampton was dismissed for 95 as Northern Districts scored 313 for seven in their 50 overs in the game that they eventually won by 25 runs.

Ludick, who gave up more than half of his runs during the match in that one over, finished with figures of 85 for one off 10 overs.

"It was right at the end and I suppose it was a 'see ball, hit ball' scenario," said Hampton.

"We got a couple of free no balls which helped us to get going.

"We came together (at the end of the over) and said 'how many did we get on that?' I think we said it was 39. We missed a four there."

Although batting greats Ravi Shastri and Garry Sobers famously gave Tilak Raj and Malcolm Nash places in cricket's Hall of Shame by smashing six sixes from their overs in first class matches, the world record is by no means clear.

South Africa's Herschelle Gibbs also hit six sixes for a tally of 36 off Netherlands legspinner Daan van Bunge during a 2007 World Cup match in St. Kitts, the most in an international one-dayer.

Website Cricinfo, in what it allows is a potentially incomplete list, awards the first class one-day record to Zimbabwe international Elton Chigumbura, who belted 39 off Alauddin Babu during one over in Bangladesh in 2013.

They discounted the 77 runs that former New Zealand batsman Robert Vance conceded during a first-class match against Canterbury in 1990.

Vance deliberately bowled 17 no balls in his over in an effort to entice the Canterbury tailenders to chase a victory in their match against the opening batsman's Wellington side.

In other results, the Wellington Firebirds cemented their position at the top of the table with an emphatic 120-run victory over the Auckland Aces in Wellington while the Otago Volts backed up their Round Four victory with a useful 62-run win over Canterbury in Dunedin, bounding from fourth to second on the leaderboard.